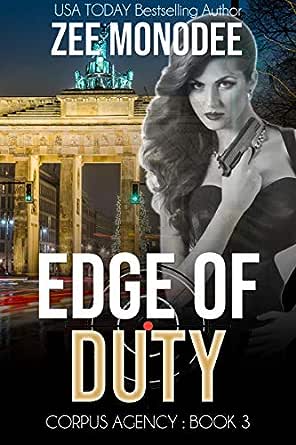 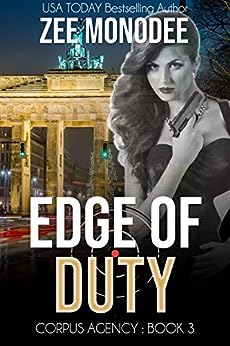 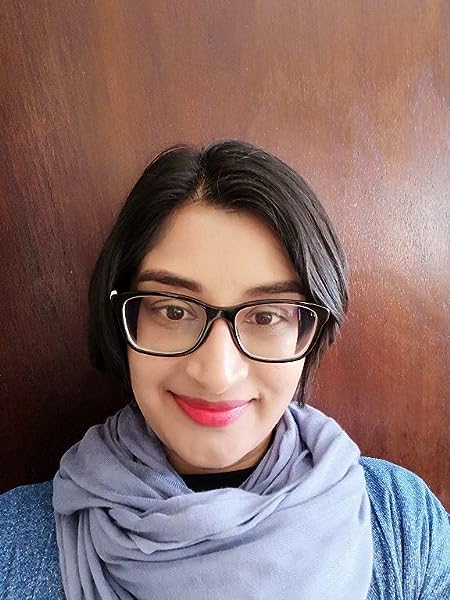 Alissa
5.0 out of 5 stars Romantic espionage thriller with intriguing twists and turns
Reviewed in the United States on 20 May 2019
Verified Purchase
Edge of Duty is the third book in the Corpus Agency series. I haven't read the first two books, but I was able to pick up the various threads and get easily into the story.

Anastasiya is in hiding, after she ran away from the Corpus Agency, and Scott has been given orders to find her, as he has been told that she headed up a mutiny in the ranks. He had blocked off his romantic feelings for her, but when he sees Ana again, the attraction is immediate. However, she has a complicated past, including a secret dependant he never expected he'd need to take care of. Although his protective feelings are roused when he sees Ana's vulnerability, his loyalty towards her is tested to the limits when the past catches up to them, and Anastasiya is forced to make some agonising decisions.

Filled with thrilling twists and turns, this book will keep you turning (or swiping!) the pages as you speed across Europe with Scott and Ana as they deal with murder, mayhem and betrayal.