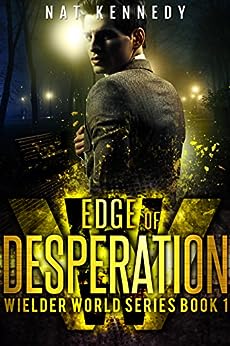 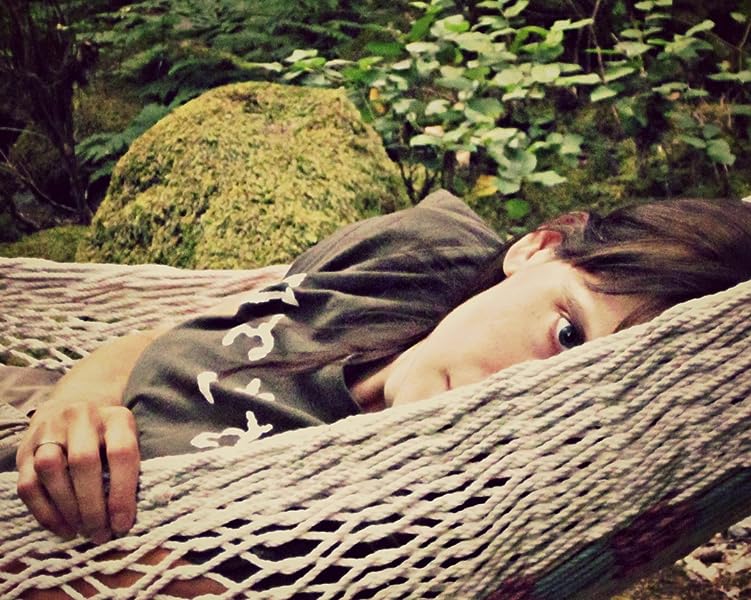 Emma Jaye
4.0 out of 5 stars gender disparity in magic wielding.
Reviewed in the United Kingdom on 11 December 2016
Verified Purchase
This has the feel of a scifi, but it is a fantasy concerned with the different reactions of the genders to using magic. It takes a little while to get the gist of what is going on in this world where everything is the same as ours except for certain people being able to tap into the 'nerve' of the Earth. Women suffer no ill-effects from being able to wield, and finding out they have the ability, is a cause for celebration. Men suffer short term 'taint' if they wield, and longer term 'corruption' which leads to madness. The story details the oppression of male wielders as the women try to protect them by stopping them using their abilities.
The world building is intricate and impressive, but it takes precedence over characterisation.
Although I enjoyed the fact that the sexual orientation of the lead character was a minor issue, and he had to deal with minor issues of accusations of both male and female students hitting on him.
I'd like to see where this one goes.
And me being me, I liked the torture scene....

alias11
4.0 out of 5 stars Good, but too short
Reviewed in the United States on 22 April 2020
Verified Purchase
I enjoyed this book and the unique take on magic-wielding and the concomitant cost for (only) men. I think it could have benefited from more world-building and descriptions of how the magic works, but I loved the main characters of Reggie and Kyle, and I hope to see their relationship develop more in future books.
Read more
Report abuse

I found Reggie to be engaging, and someone that was very easy to care for.

I had accidently read the 2nd book in the series first. Reading the 1st book, helped to clear up a lot of confusion I had. I'll most likely go back and reread book 2 before I move on the third in the series. I'm very much looking forward to it.
Read more
Report abuse

Sadie
3.0 out of 5 stars ok
Reviewed in the United States on 27 January 2017
Verified Purchase
Honestly, better than I expected, but I think it really wanted to be a full length book, not a novella. There was too much going on to really fit in 100 pages and the world really could have done with quite a bit more fleshing out, especially around how the different power dynamic would make for a different society, which didn't seem to be considered at all. This would require more pages or fewer plot points. And some of the plot points were unneeded. We really didn't need the randomly evil female student to accuse him of sexual harassment. We really didn't need the behind the scenes family drama, etc. It was nice and in a longer piece it would have made for good filler. But it seems to me that to make a novella really work an author has to drop the filler to keep the word count down. So, I think the book was a little confused about what it wanted to be.

But the writing was pretty good and I liked the characters a lot. I liked seeing the strong older sister and the younger brother who gets protected. I liked the way the author played with gender. Though I thought it was a little compromised by the woman (being vague to avoid a spoiler) that was resented for being good at her job and asked to quit. I get it. It was supposed to be like a man being accused of working too much and not giving his family enough attention. But men in that scenario still aren't generally asked to give up their career.

And as much as I appreciated the twist on the genders, I never could get comfortable with it. The idea that men are prohibited from doing something because of their biology and therefore oppressed by women, who are physically more capable, read very much like the reader was invited to feel sorry for the 'poor oppressed men.' And given the current state of the world, that was a request that chafed. If this was a book written with an intended male audience, such that they were being invited to put themselves in women's shoes, I would rally behind it. But it's not. It's written with a female audience in mind and, as a woman, I'm just not really interested in being asked to 'think of the poor, pitiful men,' when they still wield the bulk of social control in real life.

Lastly, the whole latter 1/3 of the book, when Reggie ran off to do something incredibly stupid, made no sense. I could find no logic in this action that made it even remotely believable. I basically think the book just spiraled off into nonsense at that point. Also, I was fine with it, but in case anyone else isn't, I wouldn't really call this a romance. There are two gay men and a bit of flirting, but no romance, as far as I'm concerned.

Over all, not a bad read, just one with a few problems.
Read more
2 people found this helpful
Report abuse
See all reviews
Back to top
Get to Know Us
Make Money with Us
Let Us Help You
And don't forget:
© 1996-2021, Amazon.com, Inc. or its affiliates