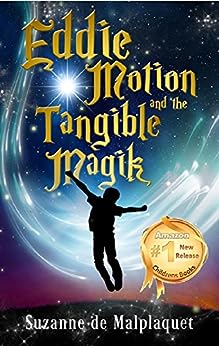 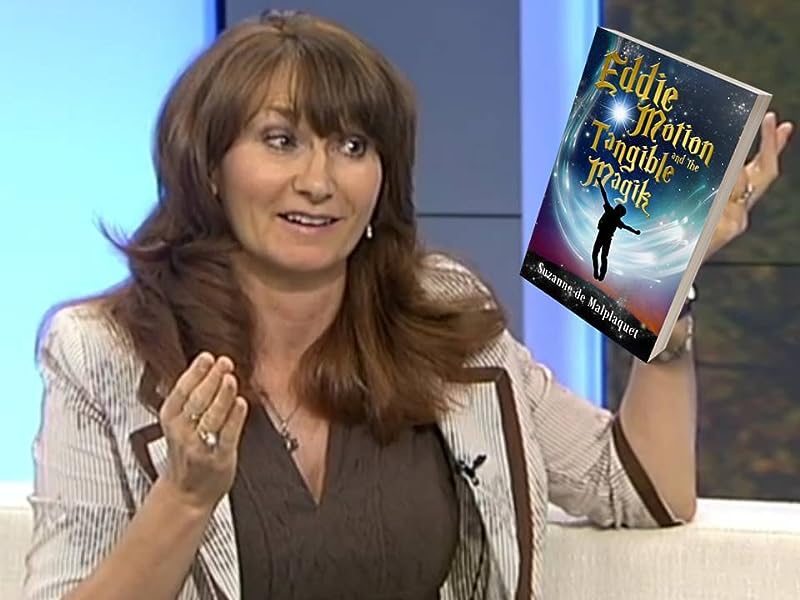 by Suzanne de Malplaquet (Author) Format: Kindle Edition
See all formats and editions
Sorry, there was a problem loading this page. Try again.

Eddie Motion is not like other boys, he knows exactly what people are thinking and feeling without them even saying a word. When a disturbing event occurs at school the impact propels him on an adventure to a strange land to uncover answers that will save his mother’s life. Eddie was never just an ordinary boy. But until he is thrust into his mother’s homeland of Andalustria, he has no idea just how magikal he is.
Eddie and his best friend Melody dive into an enchanted world where nothing is as it seems. Faeries bite, trees talk, ogres block the path and squiggins surprise them as unexpected friends appear and everyone, even you, seems to have magikal powers!
Suddenly, everything that made them different, even the bits they had thought weren’t so cool, are celebrated. Unearthing the importance of accepting themselves in their truest form they discover how to create balance between their feelings and their thoughts.
As they re-discover their own unique gifts they begin to learn how to travel through the turbulent world wearing a new ‘seatbelt of awareness’ to reclaim their true birth right and let their souls sing! RECLAIM THE MAGIK!

Suzanne de Malplaquet is originally from England, the eldest of four children from parents and grandparents in the entertainment world she grew up exposed to a diverse variety of experiences and personalities. From childhood her finely tuned sensitivity to others combined with being immersed in a world of 'unusual' experiences allowed her natural intuitive abilities to develop and strengthen from an early age.

After creating a successful career in the corporate world she turned to alternative methods of restorative therapies and strategies when she suffered burn-out. She was so impressed with the results that she decided to dedicate the rest of her life to studying and practicing these skills.

Combining her business knowledge and skills with her intuitive abilities to 'read' people she opened her own communication wellness business in the UK. In 1994 Suzanne emigrated to New Zealand and continued her studies becoming a Master Practitioner (AIBMA) (body language specialist), a Counsellor (MIT), Hypnotherapist (HNZDH), Reiki Master and Executive Coach (ICF).

Over the last 23 years' Suzanne has worked with thousands of individuals as well asmany of today's leading companies. Helping people to improve their health and elevate their communication to experience greater depth and quality in their life and relationships personally and in the workplace.

Suzanne is also the media's 'go to' analyst: The Body Language Analyst for TVNZ,7 Sharp, Breakfast TV, TV3's Paul Henry Show, SKY TV (UK) and The Herald national newspaper. Suzanne works alongside mainstream media to report on key figures, was the Body Language analyst for the New Zealand and US elections and is a feature writer in several magazines. She is also co-author of #1 Best-selling book Align, Expand,Succeed and 101 Ways to Enhance Your Career.

PAUL E.
5.0 out of 5 stars A WONDERFUL MAGICAL BOOK.
Reviewed in the United Kingdom on 17 March 2018
Verified Purchase
This is a fantastic story suitable for all ages. Such an accomplished writer. This is part one of a trilogy and I am so looking forward to the other two books.
Read more
Report abuse

Carolyn creator of the eBook Series, Butterlies & Chocolate launching soon!
5.0 out of 5 stars Read this magikal book together as a family!
Reviewed in the United States on 11 February 2018
Verified Purchase
A great read for all ages.. What a fantastic book. I so enjoyed it. Suzanne cleverly weaves her magik, with practical tips & breathing techniques into the story which will assist our young ones and the older ones also to live a life full of magic coping with the ups and downs & challenges they will be facing ... ... Adults will find their inner child reading this inspiring book. I recommend this book for all families and to read it together
A must read that keeps you guessing until the end.

Monika Mundell
5.0 out of 5 stars The Magik is Strong in This One
Reviewed in the United States on 18 March 2018
Verified Purchase
Reading this book was like jumping into a vast ocean of adventure, possibilities, memories and fun, knowing that the Magik is within all of us.

This Book is a must read for every child and adult, and should be integrated in every school on the planet as part of the curriculum.

It is an essential tool for healing and regenerating people, and helping them rediscover and claim their Magik.
Read more
Report abuse

NM Jones
5.0 out of 5 stars Empowering Read for All!
Reviewed in the United States on 24 June 2020
Verified Purchase
This is a book that helps children and adults tap into the power within and helps the reader remember the magic. I'd read this aloud in classrooms and for sure encourage family reading of this book. Children will identify with these characters and this book is written to come alive in our lives!
Read more
Report abuse

Carol O
5.0 out of 5 stars It goes to the essence, the heart of living in balance, in the present moment
Reviewed in the United States on 21 May 2018
Verified Purchase
The author has created a wonderful story that is a teaching tool for both children and adults. It expresses cutting edge / ancient wisdom in a way that is easy to understand and implement. The how to skills summation at the end is super helpful for sharing with youngsters ( and some oldsters, too!)
Read more
Report abuse
See all reviews
Back to top
Get to Know Us
Make Money with Us
Let Us Help You
And don't forget:
© 1996-2022, Amazon.com, Inc. or its affiliates