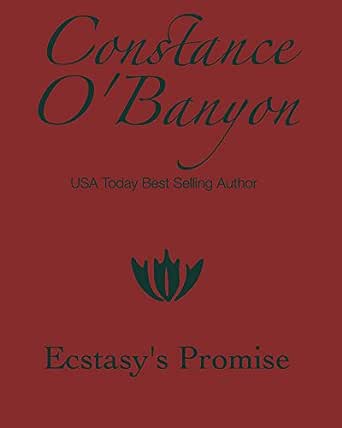 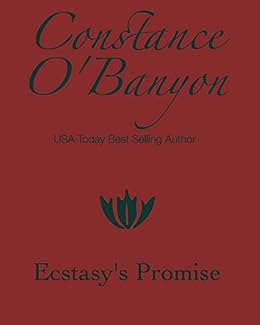 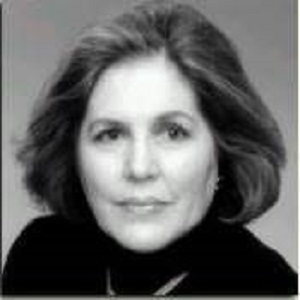 Blue Falcon
4.0 out of 5 stars Okay for a First Book.
Reviewed in the United States on 8 May 2014
Verified Purchase
"Ecstasy's Promise" was the first book written by Evelyn Gee, who published books under the pseudonyms Constance O'Banyon & Tory Houston, and collaborated with Emma Merritt as Micah Leigh.

The Particulars: The book begins in the Deep South around 1864. General Sherman's March to the Sea is ongoing, and one of the homes in the path of the military campaign is the Savannah, Georgia home of the book's heroine, Victoria Lee Faraday. One day, Victoria is accosted at her home by three Union soldiers, who kill one of her house slaves, then try to rape Victoria. She kills one, her friend/confidant/protector/ Bodine-who we later discover is her uncle-kills another and the third flees. Fearing for her life, Victoria burns her plantation down and flees with Bodine to live with her grandmother in Texas. It is there that she meets the hero of the book, Edward Hanover.

Victoria and Edward are immediately attracted to each other, but, as is usually the case in romance novels, the path to happiness doesn't run smoothly. The issues the couple face are:

1. Each has other people attempting to win their love, two men for Victoria and two women for Edward.
2. The fact that Edward fought for the Union in the Civil War. Victoria is a dyed-in-the-wool Southern belle. This quickly becomes a non-subject.
3. Their pride and egos. Both Victoria and Edward spend much of the book hurting each in various forms of emotional cruelty. One example: When Victoria discovers she is pregnant, she and Edward are initially happy. However, when their doctor tells them she may die in childbirth-as her mother did giving birth to Victoria-they disagree on what to do. Victoria wants to carry the baby to term; Edward wants her to have an abortion to save her life. Edward doesn't tell Victoria that, however, he just tells her he wants her to have the abortion. This is one of several instances throughout the book where they could have saved each other a lot of pain had they actually TALKED TO each other. It also could have made this long book-574 pages-about 200 pages shorter. However, they don't. Eventually, Victoria leaves Edward to return to Georgia to have her baby, a son. Edward finds out and comes to Georgia to take their child away from Victoria. However, he finds that he can't hurt her any more than he already has and they make up and have their happily ever after.

This is not a spectacular book, mainly because the book basically stays on the surface, and doesn't really develop its emotional depth until the end of the book, but Ms. O'Banyon does improve on this in her later books.

Sex: a few very mild sex scenes, which are hardly descriptive and barely lukewarm as far as hotness goes.

Violence: a few scenes. The shooting mentioned earlier. Bodine breaks the other soldier's neck in the same incident. Edward and one of his romantic rivals for Victoria's hand have a fistfight, but none of these scenes are described in overly graphic detail.

Kindle Customer
5.0 out of 5 stars Victoria and Edward
Reviewed in the United States on 28 July 2016
Verified Purchase
This is one of my favorites. I read this book when it first came out in 1982. Loved it so much, that I kept the book, and re read it over and over. Some where over the years, I lost that book, and I'm so thankful it came out in ebook. Now I have it once again.
Read more
Report abuse

Claudz
2.0 out of 5 stars well written but rather boring.
Reviewed in the United States on 28 July 2017
Verified Purchase
its ok. well written but rather boring.
Read more
Report abuse
See all reviews
Get FREE delivery with Amazon Prime
Prime members enjoy FREE Delivery and exclusive access to movies, TV shows, music, Kindle e-books, Twitch Prime, and more.
> Get Started
Back to top
Get to Know Us
Make Money with Us
Let Us Help You
And don't forget:
© 1996-2020, Amazon.com, Inc. or its affiliates