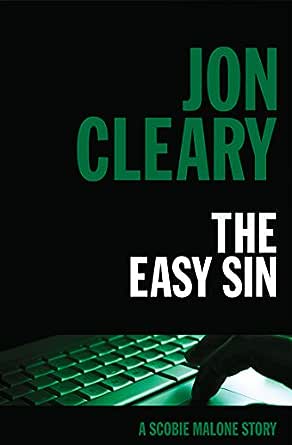 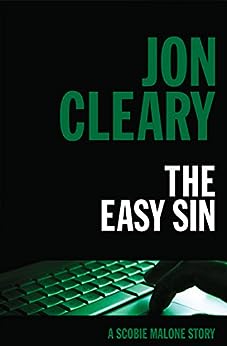 The time has come for Scobie Malone to leave the Homicide and Serial Offenders Unit of the Sydney police, and his last investigation could be the most bizarre case ever to cross his desk.

Called in when a housemaid is found dead in a dotcom millionaire's penthouse, Scobie suspects he's dealing with a kidnap that's gone wrong. But never in his wildest dreams could he imagine just how wrong.

The kidnappers can't believe it either. Their well-laid plan to grab a millionaire's girlfriend has instead netted them a millionaire. How were they supposed to know that he liked slipping into the girlfriend's designer dresses when she wasn't around?

To make matters worse, the dotcom bubble has burst, leaving the erstwhile millionaire in debt to the Yakuza and high on their hit list. Could it be that they are behind the kidnapping? The trail leads Scobie to renew the acquaintance of some old adversaries, but Japanese gangsters pale into insignificance compared to the predatory ex-wife, ex-girlfriends, and ex-mother-in-law, all with an eye on their share of the spoils.

"The business of a novelist is to tell a story. Jon Cleary has that talent in abundance"
'Sunday Express'

"When the ruminants and the lucre-chasers are growing lichen on library shelves, Jon Cleary will continue to be read"
'Los Angeles Times'

‘The Malone stories come alive through their setting… Cleary’s writing is seamless and his plots imaginative and mature’
Carl Hiaasen, Miami Herald

“Cleary is a national literary institution… If Australia has a crime writer who deserves to be spoken of in the same breath as Ed McBain, Ruth Rendell, and P.D James, then it is Cleary.”
Stuart Coupe, Sydney Morning Herald

Jon Cleary, who died in July 2010, was the author of over fifty novels, including The High Commissioner, which was the first in a popular detective fiction series featuring Sydney Police Inspector Scobie Malone. In 1996 he was awarded the Inaugural Ned Kelly Award for his lifetime contribution to crime fiction in Australia. His last novel, FOUR-CORNERED CIRLCE, was published in 2007.

SS CA
5.0 out of 5 stars Fun
Reviewed in the United States on 12 January 2020
Verified Purchase
Absurd in its plot indeed yet so absolutely true to life in Oz and so absolutely grounded in its humanity.
Read more
Report abuse

lisa d.
1.0 out of 5 stars A disappointment
Reviewed in the United States on 22 December 2019
Verified Purchase
I was very disappointed. No where in the seller’s description did he/she mention it was large print. I will be returning it.
Read more
Report abuse
See all reviews
Get FREE delivery with Amazon Prime
Prime members enjoy FREE Delivery and exclusive access to movies, TV shows, music, Kindle e-books, Twitch Prime, and more.
> Get Started
Back to top
Get to Know Us
Make Money with Us
Let Us Help You
And don't forget:
© 1996-2020, Amazon.com, Inc. or its affiliates