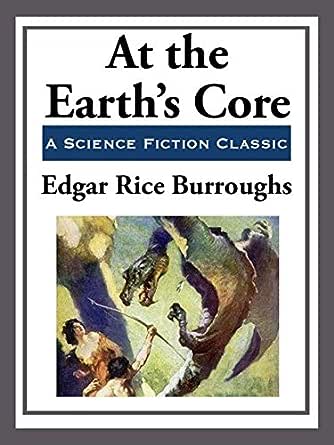 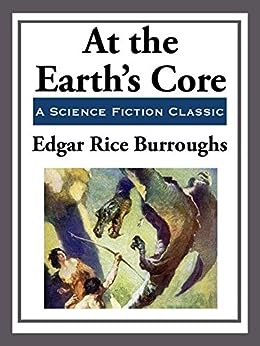 "Patrick Lawlor is good with characterization. Especially good at bringing excitement into his youthful-sounding voice, he makes the listener want to keep listening."---AudioFile --This text refers to an alternate kindle_edition edition.


Edgar Rice Burroughs was an American author, best known for his creation of the jungle hero Tarzan and the heroic John Carter, although he produced works in many genres.
Burroughs was born on September 1, 1875, in Chicago, Illinois (he later lived for many years in the suburb of Oak Park), the fourth son of Major George Tyler Burroughs (1833-1913), a businessman and Civil War veteran, and his wife, Mary Evaline (Zieger) Burroughs (1840-1920).
Burroughs was educated at a number of local schools, and during the Chicago influenza epidemic in 1891, he spent half a year at his brother's ranch on the Raft River in Idaho. He then attended Phillips Academy, in Andover, Massachusetts, and then the Michigan Military Academy. Graduating in 1895, and failing the entrance exam for the United States Military Academy at West Point, he became an enlisted soldier with the 7th U.S. Cavalry in Fort Grant, Arizona Territory. After being diagnosed with a heart problem and thus ineligible to serve, he was discharged in 1897.
By 1911, after seven years of low wages, he was working as a pencil-sharpener wholesaler and began to write fiction. By this time, he and Emma had two children, Joan (1908-1972), who later married the Tarzan film actor James Pierce, and Hulbert (1909-1991).
Burroughs was in his late 60s and was in Honolulu at the time of the Japanese attack on Pearl Harbor. Despite his age, he applied for and received permission to become a war correspondent, becoming one of the oldest U.S. war correspondents during World War II. This period of his life is mentioned in William Brinkley's bestselling novel Don't Go Near the Water.
American actor Reid Markel is Burroughs' great-great-grandson. --This text refers to an alternate kindle_edition edition.

4.1 out of 5 stars
4.1 out of 5
33 global ratings
How are ratings calculated?
To calculate the overall star rating and percentage breakdown by star, we don’t use a simple average. Instead, our system considers things like how recent a review is and if the reviewer bought the item on Amazon. It also analyses reviews to verify trustworthiness.

Kindle Customer
5.0 out of 5 stars excellent
Reviewed in the United Kingdom on 9 November 2014
Verified Purchase
First introduced to this tale via Peter Cushing, but this book far outshines the slightly camp, hammy acting....it is a really interesting read!!
Read more
Report abuse

Steven C
5.0 out of 5 stars Brilliant
Reviewed in the United Kingdom on 4 August 2013
Verified Purchase
Edgar Rice Burroughs at his very best. The first of the Pellucidar series. Full of exciting adventure! Great to read.
Read more
Report abuse

beergeekjoey
3.0 out of 5 stars clever story, but the old mores wear on one
Reviewed in the United States on 29 September 2019
Verified Purchase
the science is full of hand-waving, but so what?? it’s a clever, plausible story that’s a fun read. the turn of the last century paternalism was pretty thick in this one, to the point where it detracts, but it is of its time. the adventure is enjoyable & I guess that counts for the most.
Read more
One person found this helpful
Report abuse
See all reviews
Back to top
Get to Know Us
Make Money with Us
Let Us Help You
And don't forget:
© 1996-2021, Amazon.com, Inc. or its affiliates