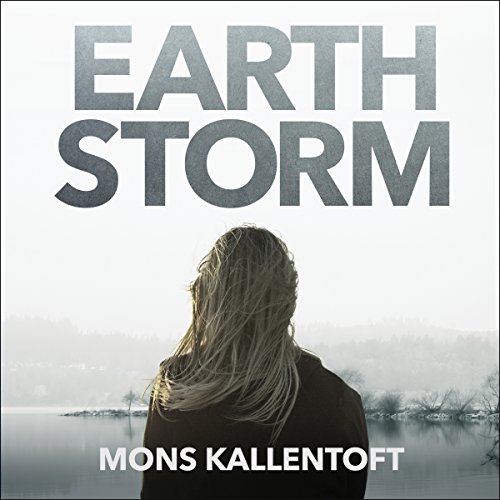 In the early hours of the morning, the naked body of a young man is discovered in a ditch next to Göta Kanal. The cause of death is mysterious; the body bears no visible traces of violence.

The man is soon identified as Peder Akerlund, a former Swedish politician, excluded from his party for racism but since reformed. Then 16-year-old Nadja Lundin is reported missing, possibly abducted, the same evening, and there are signs that suggest the two cases might be connected.

But what do the victims have in common? And why were they chosen? Gradually, Malin Fors realises that they are dealing with someone who is playing a game with them, who speaks through murders and who will not be silenced. What is he or she trying to say? Desperate to fine Nadja alive, the team race against the clock to find an answer before it's too late....

Switch between reading the Kindle book & listening to the Audible narration with Whispersync for Voice.
Get the Audible audiobook for the reduced price of $3.49 after you buy the Kindle book.
Last chance - Ends Tuesday!
Learn more about membership
By completing your purchase, you agree to Audible’s Conditions Of Use and Privacy Notice.
Sold and delivered by Audible, an Amazon company
Share

Todd Simpson
TOP 1000 REVIEWER
5.0 out of 5 stars An Exceptional Read
Reviewed in Australia on 19 June 2018
Exceptional Read. This is the eighth book I’ve read in this series and I’ve absolutely loved every one of them. Mons Kallentoft certainly deserves all the praise he has received for his books. He puts just as much work into the characters as he does on the plot. I have really enjoyed following Malin Fors journey through the series, along with a number of other amazing characters. Earth Storm is gripping read, and I found myself reading faster and faster towards the end.
It’s hard for Malin Fors to concentrate on work with her daughter Tove working overseas in the Congo. Why she had to follow in her dad’s footsteps as a volunteer aid worker and working in some pretty dangerous places around the world really mystifies Malin. However, when a dead body is found, and it turns out to be someone everyone knows, it quickly turns her attention back on the job of finding a killer. Then to top it off a sixteen-year-old girl looks like she has been abducted from her house. Malin is hopeful that the girl is still alive, but the longer it’s taking to find her, the less hopeful everyone is becoming. There are so many great things to say about this book, and I would highly recommend it. 5/5 Star Rating.
Read more
Helpful
Report abuse
See all reviews

KG
1.0 out of 5 stars Not finished
Reviewed in the United Kingdom on 8 May 2018
Verified Purchase
I told myself, when I had read the last book in the series, that I would never read another. However I weakened and so wish I hadn’t.
Unusually for me I didn’t finish it and have deleted it from my Kindle. I am sick of Malin Fors and her weird obsessions, I think she is now a character who is past her sell by date. The first three books were good. If you’ve never read any of this series, don’t start with this one.
Read more
6 people found this helpful
Report abuse

Longsuffering
4.0 out of 5 stars Ok
Reviewed in the United Kingdom on 22 December 2019
Verified Purchase
Another Scandinavian drunk, this gets bloody boring, I know that the Scands like being gawdawful miserable but this is ridiculous !
Read more
Report abuse

Keith Clayton
5.0 out of 5 stars Just one tequila shot please
Reviewed in the United Kingdom on 12 April 2019
Verified Purchase
Malin Fors continues to progress as a strong character with disaster just around the corner. She survives to star in the next instalment.
Read more
Report abuse

Painter
5.0 out of 5 stars Another great read
Reviewed in the United Kingdom on 19 October 2018
Verified Purchase
Liked all of it. Have read all of the Malin Fors books & enjoyed them all. Look forward to the next one
Read more
Report abuse

Kindle Customer
5.0 out of 5 stars Breathtaking
Reviewed in the United Kingdom on 28 July 2018
Verified Purchase
Best so far in this series usual flawed characters excellent plot line not in any way the usual murder mystery
Read more
Report abuse
See all reviews
Back to top
Get to Know Us
Make Money with Us
Let Us Help You
And don't forget:
© 1996-2022, Amazon.com, Inc. or its affiliates