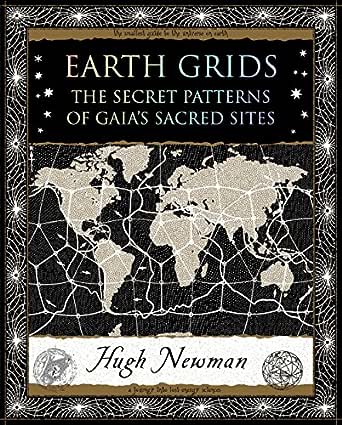 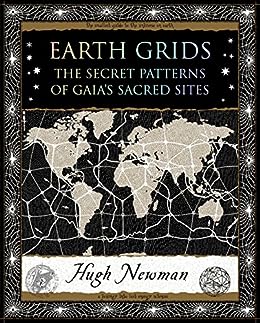 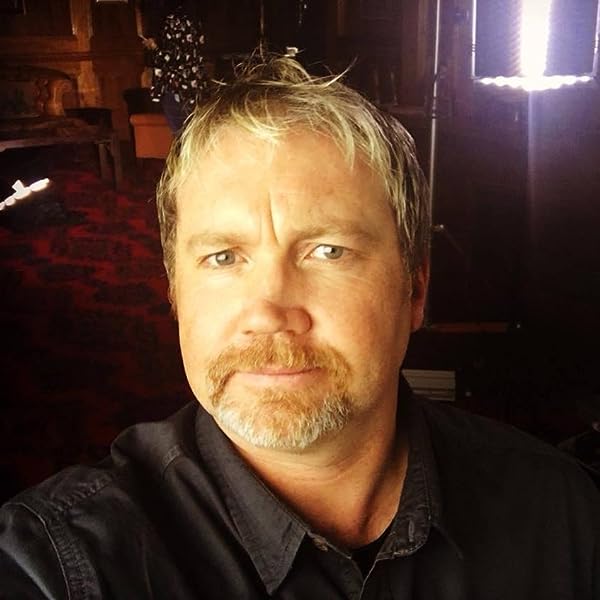 Hugh Newman is an author, Megalithic researcher, and explorer. As well as organizing the annual Megalithomania conference and tours, Hugh has been a regular guest on History Channel's Ancient Aliens and Search for the Lost Giants. He lives in England.

Kasteelman
4.0 out of 5 stars Wonderful review of ancient knowledge and linkages
Reviewed in Australia on 29 February 2020
Verified Purchase
This is a well researched piece of writing, bringing together amazing facets our place in the universe as this third rock from Sun stumbles around a multiverse filled with incredibly complex seemingly unconnected components. Yet all fits together and can be understood with the basic principles of mathematics. On our planet in this solar system, in this galaxy evidence of ancient understanding can only be bringing us closer to comprehending our place as part of the multiverse’s community. A joy to read and let the mind wander...
Read more
Helpful
Comment Report abuse

Andrew Bickford
5.0 out of 5 stars Everything matters
Reviewed in Australia on 9 November 2019
Verified Purchase
Looking more deeply at MotherEarth as a living being. Nerve and energy systems of our planet and beyond gives a better understanding of the little planet we live on.
Read more
Helpful
Comment Report abuse

Suzie Litton-Wood
5.0 out of 5 stars So much information, in one little book!!
Reviewed in the United Kingdom on 28 June 2019
Verified Purchase
Great little books..... filled with amazing information!!
Read more
Helpful
Sending feedback...
Thank you for your feedback.
Sorry, we failed to record your vote. Please try again
Report abuse

Pi
5.0 out of 5 stars Five Stars
Reviewed in the United Kingdom on 22 February 2015
Verified Purchase
Top seller. A+++. Thanks Pi
Read more
2 people found this helpful
Helpful
Sending feedback...
Thank you for your feedback.
Sorry, we failed to record your vote. Please try again
Report abuse

Brian Lowen
1.0 out of 5 stars Low quality images and unadjustable font size
Reviewed in Canada on 11 April 2020
Verified Purchase
Tried reading this on several devices and every one was problematic.

Huge whitespace with the page restricted to a small area of the screen.

Unable to change the font size.

Could not find a back button to go to the previous page.

Content needs to be optimized for the kindle reader or the cloud reader.

Last but probably the worst part is the images. Once magnified you can still hardly read the names of places on a map. I guess the images were scanned from a library book using a 1990's flip phone.

William
5.0 out of 5 stars U may want to have a little knowledge on the subject before reading but its not necessary.
Reviewed in Canada on 26 August 2019
Verified Purchase
Great little guide to earths energy grid...
Read more
One person found this helpful
Helpful
Sending feedback...
Thank you for your feedback.
Sorry, we failed to record your vote. Please try again
Report abuse

C. L. Hatfield
5.0 out of 5 stars Earth Grids
Reviewed in the United Kingdom on 13 January 2013
Verified Purchase
I've been meaning to purchase this text for a few years now, and I'm pleased that I finally did. Interesting and educational enough to read over and over again. Small enough to carry around.
Read more
Helpful
Sending feedback...
Thank you for your feedback.
Sorry, we failed to record your vote. Please try again
Report abuse

Richard Law
2.0 out of 5 stars Book? I got a thicker one with a computer printer
Reviewed in the United Kingdom on 1 September 2013
Verified Purchase
I saw this author in one of the ancient aliens type 'documentaries'; the sort that reckoned Giza,. Egypt, is precisely opposite Roswell, NM, which it isn't. The opposite of Giza is in the Pacific and nowhere near Easter Island. The principal suggested in this small work is that straight lines are unnatural, yet can be traced across the landscape linking ancient point to ancient point and yes, they can, if you use a small enough map and a thick enough pen and then expect me to accept that sites which are still not in scope must be because they are 'near'. OK, in thermo-nuclear terms, they're near in the sense that hitting the right target would obliterate stuff that's near by default, but that said, ancient survaying was better than this work tries to give them credit for. I don't think the author knows much, nor does he contribute anything relevant to the subject. What is bold about his work is that he's published it to show the rest of use how little he actually knows.
Read more
5 people found this helpful
Helpful
Sending feedback...
Thank you for your feedback.
Sorry, we failed to record your vote. Please try again
Report abuse

HandymanBob
1.0 out of 5 stars Why so small and uninformative
Reviewed in the United States on 13 April 2014
Verified Purchase
I am an average, hard-working, book-loving male, in my early 60's, college-educated and normal in almost every respect. I thought I would learn a bit more about 'earth-grids' after hearing the author on coast to coast am radio some time ago. The book arrived just fine and although small in size, 5 inches by 6 inches, I was impressed by the chapter headings. For example: "The Earth, her structure, movement and natural energies", and "Global positioning - lost codes of the ancients" and "Vile vortices - vanishing aircraft and time dilations". Exciting sounding, right? Any one of these topics is a book in themselves. I discovered this 58 page book, fully 50% of which is filled with diagrams which have been copied from some other source and shrunk from an 8 1/2" x 11" page down to up to FOUR DIAGRAMS on one 5" x 6" page resulting in a font size one would be hard pressed to say is even a 1. A 50 cent piece just about covers up an entire diagram. So small as to be Unreadable. I used a jewelers magnifying glass mounted on a headband to attempt to read these charts and frankly, I gave up. Additionaly, to make the book have the look and feel of some long lost tome, the ink used is not crisp and black, but more of a lighter shade venturing into the grays....so it is even harder to read well unless in real bright light. The diagrams are on the right hand pages of the book, one on every turn of the page, and the text is on the left side of the page. The Text as it turns out, is for the entire CHAPTER. Hence 27 chapters = 54 pages...One page per chapter for text and one page for some unviewable diagram. To top it off, the author only gave a simple description of each chapter heading on the one page. Disappointing to say the least in terms of giving indepth information about the topic. I sure didn't learn much about, say, "Vile Vortices - vanishing aircraft and time dilation". To save you from spending money or a moment on this worthless fire starter, here is the book: There is evidence that the earth was divided into grids by some ancient somebody, and these grids may represent some type of energy given by the earth....and many cities, 'sacred' sites and temples of worship lay on these lines.... We don't know for what purpose or to what end this accomplishes but many folks have studied this and no doubt many of them could have written a better book about the topic than the fellow who put this train-wreck together. Save your money. You can Wikipedia the topic and have as much or probably more information. I understand Wooden Books has a whole series of books of this size on similar topics. I won't take a chance on any of them after this POS. The author should be commended for being able to cobble together a bunch of general and bland information and making a book out of it. Everybody has to make a living somehow. And his effort is truly at the purchasers expense. What a huge disappointment.
Read more
120 people found this helpful
Helpful
Sending feedback...
Thank you for your feedback.
Sorry, we failed to record your vote. Please try again
Report abuse

Maria
3.0 out of 5 stars The print is so tiny you really need a magnifying glass
Reviewed in the United States on 14 May 2019
Verified Purchase
The information is great, but the strain on the eyes is not. If you have young eyes, or a lot of patience, time and a magnifying glass, you will be fine.
Read more
8 people found this helpful
Helpful
Sending feedback...
Thank you for your feedback.
Sorry, we failed to record your vote. Please try again
Report abuse

H. Marsh
1.0 out of 5 stars Tenuous at best
Reviewed in the United Kingdom on 30 March 2012
Verified Purchase
Some interesting points but basically a book full of dodgy pseudo science and half facts. Sketchy evidence presented in a half cocked way and meaningless factoids all leading the reader to assume a mystical bias to a subject which actually has quite a good scientific basis. Serious readers will give the book up in disgust fairly quickly. If you are looking for a proper review of telluric energy, electromagnetics and geophysics.... this is not it. If you are looking for a jumble of tenuous mystical 'evidence' or just a good laugh...then this is the book for you.
Thankfully short and no worse than any other of its genre
Read more
17 people found this helpful
Helpful
Sending feedback...
Thank you for your feedback.
Sorry, we failed to record your vote. Please try again
Report abuse