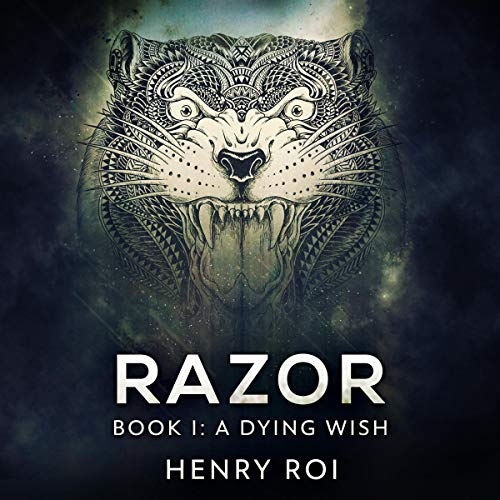 Elaborate cons, impossible heists, and high-speed chases were his thing. His talent in boxing and engineering made those pursuits a gamble with death he never wanted to quit.

Then he left the world of crime with his woman, a blonde bombshell who was also accomplished in boxing and was his engineering equal.

Their late boxing coach gives them a reason to return to "the life" with his last wish. His will instructs his former pupils to join with other talented individuals; to form a team that will commit major crimes for the sake of communities on the Gulf Coast. A job Coach Eddy started before he was murdered: taking on the Vietnamese Mafia.

Isobel Blackthorn
5.0 out of 5 stars Action-packed from start to finish
Reviewed in Australia on 15 December 2020
Verified Purchase
Having read a couple of books by this author I have come to expect the deep dive straight into the action and A Dying Wish, Book 1 of the Razor trilogy does not disappoint. The pace of this thriller is incredibly fast, the prose taut and raw, the characters chiselled, and the thrills very much in your face. Roi sure knows a thing or two about boxing! A Dying Wish is one of those four-to-the-floor noir thrillers you won’t want to put down.
Read more
Helpful
Report abuse
See all reviews

Debra M
5.0 out of 5 stars Very active
Reviewed in the United States on 31 January 2020
Verified Purchase
I enjoy how the characters have become so close and tuned in to each other. The situations they encounter are totally magnificent. I'm on the second book now.
Read more
One person found this helpful
Report abuse
See all reviews
Back to top
Get to Know Us
Make Money with Us
Let Us Help You
And don't forget:
© 1996-2022, Amazon.com, Inc. or its affiliates