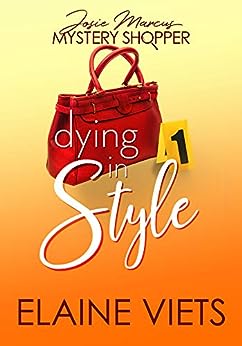 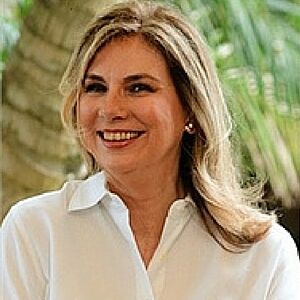 by Elaine Viets (Author) Format: Kindle Edition
See all formats and editions
Sorry, there was a problem loading this page. Try again.
Suburban single mom, Josie Marcus, loves being a secret shopper. But when she’s framed for the murder of a famous handbag designer, Josie discovers that secret sleuth might be a better fit…

Josie’s excited about her latest assignment: mystery shopping the stores of St. Louis’s premier handbag designer, Danessa Celedine. A stunning socialite who frequently makes headlines with her hot Russian lover, Serge, Danessa sells exquisite purses to the rich and famous for a small fortune. Unfortunately, the Celedine shops aren’t nearly as dazzling as their clientele and Josie’s negative report could kill a lucrative deal to sell the handbag empire. Danessa swears it will also cost Josie her career.

Businesses often live and die by Josie’s reviews, but when Danessa and Serge are found murdered, she’s suddenly linked to an actual homicide…as the chief suspect! Now, Josie will need all her secret shopper subterfuge to investigate the crimes, clear her name, and stop the killer from claiming another fashion victim.
Read more
Previous page
Next page

"Viets is taking the mystery genre by storm...she can keep you wondering 'who done it?' while laughing all the way to the last page." --This text refers to an alternate kindle_edition edition.

Elaine Viets has actually worked those dead-end jobs in her mystery novels, just like her character, Helen Hawthorne. Over the years, Elaine has been a dress store clerk, phone book proofreader, babysitter, telemarketer, bookseller, and weed puller at fifty cents a bucket. She is also the author of the Josie Marcus, Mystery Shopper series and numerous short stories. Elaine has won an Anthony Award and an Agatha Award. She lives in Fort Lauderdale, Florida, with her husband, author and actor Don Crinklaw. Please visit her blog: The Lipstick Chronicles. --This text refers to an alternate kindle_edition edition.

Anthony and Agatha Award-winning author Elaine Viets started her career as a reporter for the St. Louis Post-Dispatch. She was a longtime popular media figure in St. Louis and a regular columnist for the newspaper for twenty-five years. She also hosted the local light-news television program Viets Beat, for which she won Emmy Awards in 1989 and 1990. After moving to Washington, D.C., Viets wrote a newspaper column syndicated internationally by United Feature Syndicate in New York.

Elaine left the newspaper business to become a full-time novelist. In 2004 she was nominated for three Agatha Awards. In 2005, she won awards for Best Short Story at two notable mystery conventions: an Agatha Award at Malice Domestic and an Anthony Award at Bouchercon, both for her story Wedding Knife.

In 2008 she appeared an episode of Mythbusters for the "Biscuit Bullet" story.

Elaine built a successful career as the author of four mystery series. She drew on her professional experience to produce her first four novels set in St. Louis at a newspaper, featuring hard-boiled Francesca Vierling. Francesca was a six-foot-tall St. Louis newspaper columnist who's tough and glamorous and drives an '86 Jaguar while investigating murder.

Elaine then wrote the Dead-End Job mysteries introducing Helen Hawthorne in a fun, traditional series. Helen had a high-finance job, a beautiful home, and a caring husband—or so she thought until she caught him with their neighbor. When a judge ordered Helen to pay her ex alimony, she took off to hide out in Fort Lauderdale to save her dignity – refusing to pay her ex a penny. Taking one dead-end job after another, Helen found herself embroiled in murder and mayhem.

Elaine also began writing the Josie Marcus Mystery Shopper mysteries, set in Maplewood, a charming St. Louis suburb. These are sweetly cozy. The reader is introduced to mystery shopper and single mom Josie Marcus, who tries sleuthing on for size when she’s framed for murder. On her first assignment, Josie mystery-shops the stores of St. Louis’s premier handbag designer, Danessa Celedine. A stunning socialite who makes headlines with her hot Russian lover, Serge, Danessa sells exquisite purses to the rich and famous. After Josie writes a negative report, Danessa and Serge are both found murdered, she’s suddenly linked to an actual homicide—as the chief suspect! Josie Marcus is a mystery shopper with a penchant for finding murder along the way.

Because Elaine enjoys variety, she’s moved back into darker crime and forensic drama with her next series, the Angela Richman, Death Investigator mysteries. Death investigators work for the medical examiner. They take charge of the body, photographing it, documenting the wounds, and more. The police investigate the rest of the crime scene. Angela lives in mythical Chouteau County, just west of St. Louis. The rich live in the town of Chouteau Forest, a bastion of old money. The workers live in a section with the snarky name of Toonerville. But death doesn’t discriminate between the rich and the poor. Angela works cases for the super-wealthy as well as the poor. It’s her job to examine, photograph and document their bodies, so the dead can tell her how they died. The Angela Richman series is dark, but it's not as gruesome as Patricia Cornwell’s novels. It's closer to Kathy Reichs' Tempe Brennan mysteries. So far, the series has four novels, Brain Storm, Fire and Ashes, Ice Blonde, and A Star Is Dead. Death Grip, the fifth book in the series, will be published in December, 2020 in the United Kingdom and March, 2021 in United States.

Elaine’s short stories, Deal with the Devil and Thirteen Short Stories, have been published by Crippen and Landru.

She has served on the national boards of the Mystery Writers of America and Sisters in Crime, and is currently treasurer of the Sisters in Crime Treasure Coast Chapter. She was honored to be named Toastmaster of the Left Coast Crime convention, as well as Toastmaster at Malice Domestic and also Guest of Honor at that mystery fan convention.

For a complete listing of her books and a full bio please visit www.elaineviets.com.

4.3 out of 5 stars
4.3 out of 5
173 global ratings
How are ratings calculated?
To calculate the overall star rating and percentage breakdown by star, we don’t use a simple average. Instead, our system considers things like how recent a review is and if the reviewer bought the item on Amazon. It also analyses reviews to verify trustworthiness.

Amazon Customer
5.0 out of 5 stars Great read
Reviewed in the United Kingdom on 6 November 2021
Verified Purchase
Loved it !!! Had me hooked from the first few sentences I would definitely recommend giving it a read !
Read more
Report abuse

Anne
3.0 out of 5 stars Not too keen....
Reviewed in the United Kingdom on 9 February 2015
Verified Purchase
Not sure why I didn't really like this book. The main character was a bit annoying! I wasn't left wanting to read more of the series.
Read more
Report abuse

Geraldine
4.0 out of 5 stars A Different Kind of Cozy
Reviewed in Canada on 21 October 2021
Verified Purchase
I read a lot of cozy mysteries and the majority of those usually have a bookstore or bakery theme. This one was different with the main character working as a mystery shopper. That I thought was a unique and fun idea.

The story moves along at a good pace, enough details but not excessive. Characters are well developed and believable.

I didn't like Josie's mother, I thought she was shallow and too concerned about the neighbors as compared to her daughter's actual happiness. Her harpy attitude was annoying.

I could have done without a couple of rather crude sexual references, that never fits in a cozy, but not many of those.

I will check out more from this series soon.😊

🏈Customer
3.0 out of 5 stars It's light
Reviewed in the United States on 23 October 2021
Verified Purchase
The story takes place in St. Louis, Missouri. It features a 30-something woman who works as a mystery shopper. She is divorced and has a 9 yr old daughter and meddlesome mother. She writes a critical report on a high-end clothing store which seems to precipitate a series of crimes. Because her fingerprints are found on a weapon, she becomes a suspect in one of the crimes. She is soon trying to clear her name.

I didn't really take to the characters or the story, though I liked the chutzpah of the main character's best friend. The story lost me at the long, drawn out, lie detector scene and didn't get better from there. There wasn't much action, humor, excitement, or investigation. I didn't like the main character's awkwardness and lack of confidence.
Read more
2 people found this helpful
Report abuse
See all reviews
Report an issue
Does this item contain inappropriate content?
Report
Do you believe that this item violates a copyright?
Report
Does this item contain quality or formatting issues?
Report