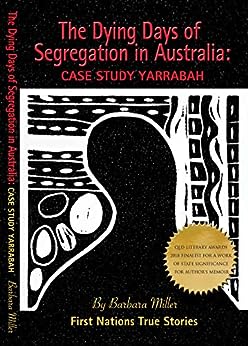 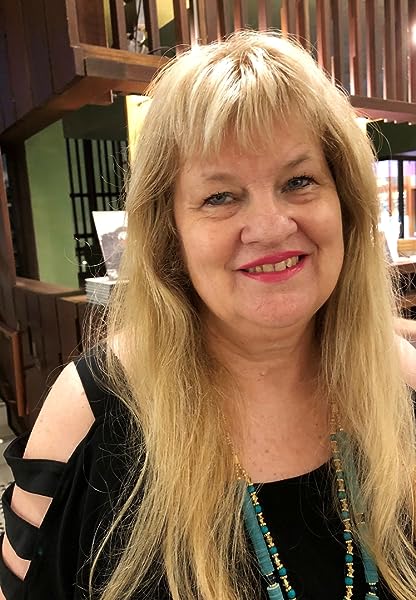 Barbara Joyce Miller, historian, researcher and sociologist co-founded, with her husband Norman, the Centre for International Reconciliation and Peace in 1996. She has been recognized by Worldwide Who's Who for showing dedication, leadership and excellence in humanitarian affairs. She lives in Cairns, Australia with her husband Norman and son Michael. Barbara is very passionate about Aboriginal advancement, and liaises with religious and other communities worldwide through the Centre for International Reconciliation and Peace, which provides services focused on healing the wounds of history and reconciliation between people groups. With her husband, Norman, she pastors the Tabernacle of David congregation and she leads groups of Australians to Israel for Christian conferences and prayer tours. Barbara has 40 years of professional experience not only in Aboriginal affairs, but also as a psychologist and mediator. She has her own business - Mediation Works Qld and is an expert in mediating workplace and large scale community disputes and family law matters. Barbara is a motivated, inspiring teacher and counsellor who holds a postgraduate degree in sociology and a Bachelor of Arts with honours in psychology. As a social justice campaigner, she helped the Mapoon people north of Weipa move back to their land after being forcibly removed and she is presently writing a memoir on this experience. In the 90s, Barbara served as the CEO of the Aboriginal Coordinating Council through which she lobbied state and federal governments and wrote reports on topics such as native title, Indigenous resource management, local government, human rights, crime prevention in Aboriginal communities, health and deaths in custody. She has also authored various books and articles, including a book titled William Cooper, Gentle Warrior: Standing Up for Australian Aborigines and Persecuted Jews, 2012 and The European Quest to Find Terra Australis Incognita: Quiros, Torres and Janszoon 2014. --This text refers to an out of print or unavailable edition of this title.

Monica Rubombora
5.0 out of 5 stars Riveting!
Reviewed in the United States on 22 August 2018
Verified Purchase
This books resonated a lot with me. As someone that has lived on the African continent all my life (and in South Africa the last 27 years), I could see the parallels with the apartheid regime & the current unresolved land wrangles & struggles of indigenous people on the continent. I kept saying OMG! OMG! this is where these guys here got these crazy ideas of separation from! Gosh! The experiment worked! And now we are still feeling the impact.

I like the way the author, Barbara Miller, has documented the historical progress of the indigenous people in this book. It is definitely a well-researched book and I hope it can be used as a history book in schools around the world. It has certainly given me hope in humanity once again.
Read more
Report abuse

Joy RS
5.0 out of 5 stars An educational read
Reviewed in the United States on 30 August 2018
Verified Purchase
Well-written and beautifully edited, this was a very interesting book and I learnt a lot from it. It is, strictly speaking, an advanced academic text, so if you’re not into reading at that level it isn’t for you.
The author is extremely knowledgeable and obviously feels deeply about the topic. She’s been a very vocal and very active proponent of desegregation, which fact I admire enormously. I also liked the way in which she outlines the steps that must still be taken to remove segregation in Australia altogether. As a South African, I find it bewildering that some Australians feel there aren’t any segregation issues anymore. Thank you, Ms Miller, for an eye-opening experience.
Read more
Report abuse

Gail B
5.0 out of 5 stars Impressively researched, eye-opening
Reviewed in the United States on 31 August 2018
Verified Purchase
Barbara Miller has a passion for researching and understanding the plight of Australian Aborigines prior to 1984 and she articulates these with perfection in this book. She details human rights abuses they experienced, the effects of poverty and discrimination, and their struggle for land rights. The summaries at the end of each section help the reader to glean the most important points from the impressive amount of information presented. Books like this one are essential to the development of humanity. It brings to light how we denigrate others and turn away from our common humanness - and ultimately shows the path to compassion and connection. Thank you, Barbara, for writing this book.
Read more
Report abuse

Judson Somerville MD review rank
5.0 out of 5 stars Exquisitely researched
Reviewed in the United States on 24 August 2018
Verified Purchase
If curious about the issues of discrimination in Australia concerning the aboriginal people in current times this is your book. The level of research is extremely fine and the references outstanding. A great history lesson explaining the events of the end of segregation in this area of Australia.
Read more
Report abuse
See all reviews
Back to top
Get to Know Us
Make Money with Us
Let Us Help You
And don't forget:
© 1996-2021, Amazon.com, Inc. or its affiliates