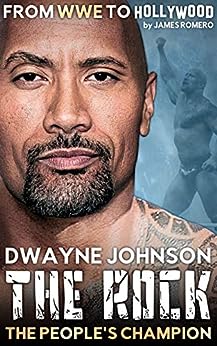 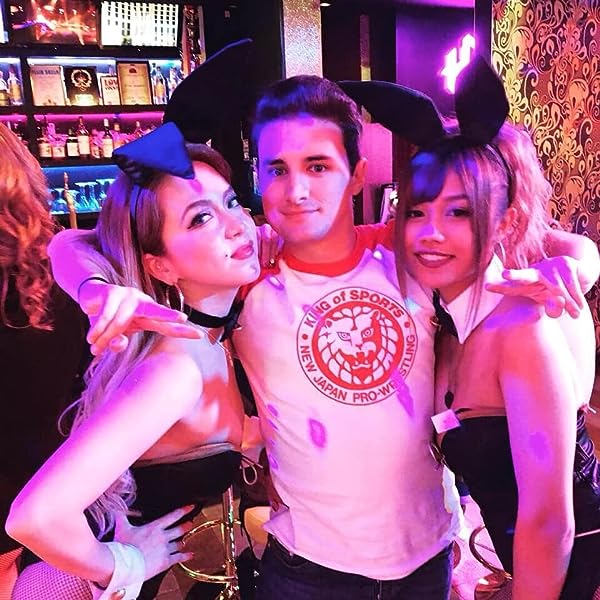 by James Romero (Author) Format: Kindle Edition
See all formats and editions
Sorry, there was a problem loading this page. Try again.
FINALLY... it’s the wrestling biography every WWE fan and the millions... and millions of Rock fanatics around the world have been waiting for! Dwayne “The Rock” Johnson: The People’s Champion charts the career of ten-time WWF/WWE/WCW Champion and movie megastar Dwayne “The Rock” Johnson in-depth for the very first time.

The People’s Champion is the story of Dwayne Johnson’s rise from troubled child to wrestling superstar to one of the most in-demand actors in Hollywood, with all the highs, lows and controversies in between. Along with Stone Cold Steve Austin, Vince McMahon and the concept of “Attitude”, the emergence of The Rock was instrumental in turning the languishing World Wrestling Federation, on the brink of downsizing, into a billion dollar entity within two years. With The Rock at the forefront, the WWF routinely broke viewership, box office and ticket sales records. In 2000, The Rock became the most well-known mainstream professional wrestler in the world and in 2001 Dwayne entered the Guinness Book of Records as the highest paid debuting lead actor for his star-making turn in The Scorpion King.

After several years of ever-decreasing in-ring appearances, Dwayne left wrestling behind in 2004 to fully focus on his burgeoning Hollywood career. Despite commanding eight figure sums for every starring role, the mid-2000s would see Dwayne’s career start to falter, with lukewarm critical reviews at best for his creative output. Dwayne had been forcibly separated from everything that had made him and The Rock character an overnight success until finally he decided enough was enough and took back control of his destiny. In 2011, Dwayne would return to his roots, not only as a pro wrestler but as The Rock, and has not looked back since.

Jam-packed with quotes from his friends, family, co-workers and the man himself, Dwayne “The Rock” Johnson: The People’s Champion is the most comprehensive and exhaustive biography ever created on “The Most Electrifying Man in Sports and Entertainment”. From childhood to getting cut by the Canadian Football League; from Flex Kavana in Memphis to Rocky Maivia in the WWF; from the Nation of Domination to The Corporation; from wrestling’s biggest box office attraction to the highest paid actor in Hollywood. All the big storylines and why they happened. All the backstage manoeuvrings and inside stories. All the on-screen feuds and all the rivalries behind the scenes. All the people that got him to where he is today and the co-workers who did their damndest to hold him back.

Dwayne “The Rock” Johnson: The People’s Champion has got you covered, if you smell what The Rock is cookin’!
Read more
Previous page
Next page
Due to its large file size, this book may take longer to download

Dwayne "The Rock" Johnson: The People's Champion - From WWE to Hollywood came out November 2020.

Shane CM
3.0 out of 5 stars Strictly for wrestling fans
Reviewed in the United Kingdom on 1 December 2020
Verified Purchase
Alas despite considering myself a huge Dwayne Johnson fan this was the first book in years where I requested a refund. This book touches upon Dwayne's early life and arrival into wrestling. Readers however should be warned that there is little to nothing on offer in terms of strong personal content beyond his appearances throughout WWE and brief exploration of how this was balanced with his acting career at any given time. Ultimately very disappointing; I recall much of the wrestling side of it as I was a young teen throughout this period but purchased this hoping to hear more about Dwayne as an individual and to be inspired by this journey the last 20 years. I can't recommend. 95% of the information is available elsewhere in other wrestling media as well as with a thorough Google search. Relatively well written however.
Read more
3 people found this helpful
Report abuse

Strip Curtains Direct
5.0 out of 5 stars Needed to get through Lockdown
Reviewed in the United Kingdom on 16 December 2020
Verified Purchase
I have always had a passion for the ROCK since I started watching him as kid when he burst on the wrestling scene.
I have followed his career ever since. the man is a LEGEND, and the story of his rise to fame is so well documented in this book.

This book is a must read for any fans of, THE ROCK, Dwayne Johnson, Wrestling, Success and Reading books

evelyn
5.0 out of 5 stars A Great Read
Reviewed in the United Kingdom on 1 December 2020
Verified Purchase
A book written for wrestling fans as well as those who just love The Rock. It's a very comprehensive account of his life from childhood to the present day. I didn't know a lot about The Rock before - I do now. Well recommended!
Read more
3 people found this helpful
Report abuse

chrissy
5.0 out of 5 stars Great for WWE and Dwayne Johnson fans
Reviewed in the United Kingdom on 5 December 2020
Verified Purchase
As a Dwayne Johnson fan post WWE era, it was interesting to read about his life and background. The detail and information on Wrestling was helpful to understand the phenomenon that is WWE to a complete novice like me. All in all, a well researched and written book that will appeal to WWE fans and Dwayne Johnson fans alike.
Read more
One person found this helpful
Report abuse
See all reviews
Back to top
Get to Know Us
Make Money with Us
Let Us Help You
And don't forget:
© 1996-2021, Amazon.com, Inc. or its affiliates