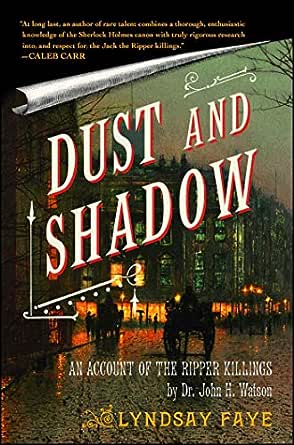 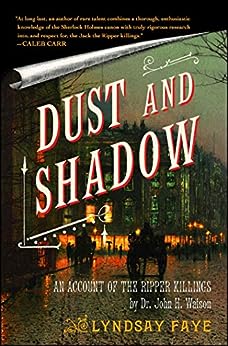 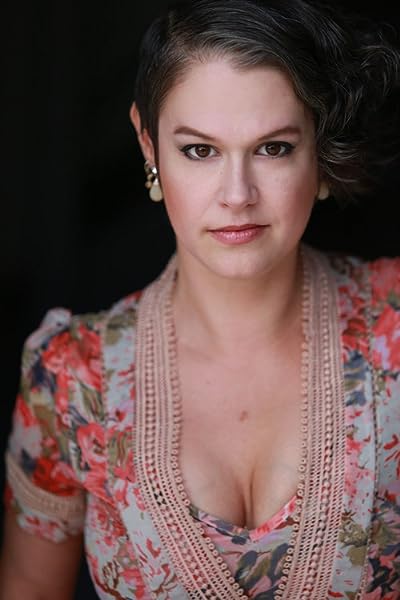 Dust and Shadow: An Account of the Ripper Killings by Dr. John H. Watson Kindle Edition

''Following in the footsteps of such crime writers as Ellery Queen and Michael Dibdin. . . the author uses a convincing Watsonian voice to present versions of Holmes and his chronicler faithful to the originals. . . Sherlockians will hope to see further pastiches of this quality from Faye.'' --Publishers Weekly

''Lyndsay Faye's depiction of Sherlock Holmes, Dr. Watson, and their world is exceptional in Dust and Shadow, an exciting and grimly vivid tale that confronts the murderous Jack the Ripper with A. Conan Doyle's immortal detective better than ever before.'' --Conan Doyle Estate

''At long last, an author of rare talent combines a thorough, enthusiastic knowledge of the Sherlock Holmes canon with truly rigorous research into, and respect for, the Jack the Ripper killings.'' -- Caleb Carr, New York Times bestselling author

''Faye displays a superb grasp of the known facts about the murders, and she effectively captures the vibrancy and squalor of the underclass in late nineteenth-century London. . . . She knows how to unfold a tale of murder and mystery.'' -- Booklist

''Sherlock Holmes is Jack the Ripper's mortal enemy, and never more so than in Lyndsay Faye's Dust and Shadow. This first novel has bags of atmosphere. With a great deal of skill, the fictional Holmes and Watson are carefully woven into the weft and woof of the true-life Ripper story.'' --Donald Rumbelow, coauthor of Jack the Ripper: Scotland Yard Investigates --This text refers to the mp3_cd edition.

LYNDSAY FAYE is a writer and actress who lives in New York with her husband and cat. --This text refers to the mp3_cd edition.

4.5 out of 5 stars
4.5 out of 5
279 global ratings
How are ratings calculated?
To calculate the overall star rating and percentage breakdown by star, we don’t use a simple average. Instead, our system considers things like how recent a review is and if the reviewer bought the item on Amazon. It also analyses reviews to verify trustworthiness.

John P Eldridge
4.0 out of 5 stars Watson and Holmes were not American!
Reviewed in the United Kingdom on 26 July 2019
Verified Purchase
I am a little sceptical of Sherlock Holmes pastiches, I have read some truly awful ones and adding the Whitechapel murders to mix is brave. This book does work and is an entertaining read. It doesn’t have full on cracking pace I suspect it is dictated to by the murders historical timeline.
Two things irritated me, the first is the American spelling of English words, for example - specialized. This book purports to be written by Watson, Watson wasn’t American. The second is Holmes using the the American phrase “gotten”. These are minor criticisms but for me marred what is a very entertaining read. I have pre ordered the authors second book.

S. Nambiar
5.0 out of 5 stars One of the absolute best outside the canon. Criminally underrated.
Reviewed in the United Kingdom on 12 November 2016
Verified Purchase
Astonishingly good tale of the good Doctor and the world's first consulting detective. Holmes v Jack the Ripper has been done many times before, but Faye captures the feel and the atmosphere of Holmesian London much better than many other feted examples of non-canonical Holmesian adventures. Even that high-water mark of the genre, The Seven Per Cent Solution, can be faulted for making Holmes almost an action hero at the climax, while some others, such as Michael Dibdin's Ripper tale, read as basic sketches or exercises rather than lasting contenders. (And the less said about Anthony Horowitz's too-clever-by-half Moriarty the better!)
Faye's language holds up well for the most part, apart from some anachronisms that other reviewers have commented on, and I found myself slowing down as I reached halfway because I felt like I had discovered an authentic lost tale of Holmes and did not want it to end!
In her own excellent series of policing in New York in the 1840s, starting with The Gods of Gotham, Faye's ability to conjure up an authentic period tone of voice and feel finds full expression, which this excellent debut hints at.

Ian Blandford
5.0 out of 5 stars Excellent !
Reviewed in the United Kingdom on 27 July 2019
Verified Purchase
This book was from start to finish an enthralling read having Holmes and Watson pitted against Jack the Ripper made it more so. I highly applaud Lyndsay Faye on what I believe is her first novel, at no time did I feel like I was not reading a Conan Doyle story. Highly recommended.
Read more
Report abuse

4.0 out of 5 stars A good read
Reviewed in the United Kingdom on 26 January 2015
Verified Purchase
I was surprised to find the story so well written with few obvious Americanisms. The plot was a good one with a twist or two that I won't share so as not to spoil the reading experience. The tone for Holmes is slightly out but Watson seems about right. I would be interested to read other books on Holmes by this author.
Read more
One person found this helpful
Report abuse
See all reviews
Get FREE delivery with Amazon Prime
Prime members enjoy FREE Delivery and exclusive access to movies, TV shows, music, Kindle e-books, Twitch Prime, and more.
> Get Started
Back to top
Get to Know Us
Make Money with Us
Let Us Help You
And don't forget:
© 1996-2020, Amazon.com, Inc. or its affiliates