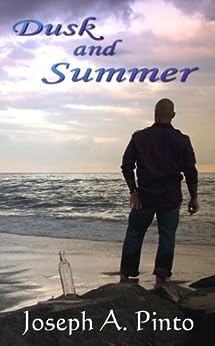 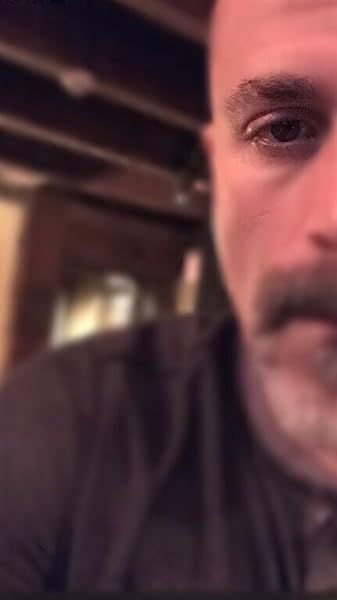 Heka
5.0 out of 5 stars A beautiful and intriguing tale.
Reviewed in the United Kingdom on 30 September 2014
Verified Purchase
I really enjoyed this story. It was a beautifully written tale filled with sentiment and a good few twists and turns.
Joseph Pinto knows how to weave a tale mixed with sadness and delight, along with intrigue and mystical wonder. He has a knack of conveying depth and emotion in his characters that leaves you wanting more. This short story is well worth a read.
Not only do you get the chance to read this wonderful tale, but some of the proceeds of this book go towards helping out a charity for Pancreatic cancer.
Joseph Pinto is a very talented writer and I will be keeping a look out for his next book.
Read more
Report abuse

Mrs Karen M Soutar
5.0 out of 5 stars A wonderful modern fairy tale tribute
Reviewed in the United Kingdom on 29 June 2014
Verified Purchase
This beautifully written tale weaves fact and fantasy seamlessly. Joseph Pinto wrote this story in honour of his father, and I think his father would be very proud. At first you think you're going to read a factual account of the days just before his father's death, but Joe takes the story in a new fantastical direction which nevertheless fits perfectly. Don't want to give too much away! Read it - and you will also be contributing to a great cause.
Read more
Report abuse

zozie
5.0 out of 5 stars wonderful
Reviewed in the United Kingdom on 31 December 2014
Verified Purchase
I read this in one sitting not knowing what to expect, but Joseph Pinto has written a beautiful and heartfelt tale. I lost my Mum in Dec 2012 to Pancreatic Cancer and have been struggling at times with the grief, this beautiful tale helped to bring me some peace about her death.
Read more
Report abuse

Melissa R. Mendelson
5.0 out of 5 stars And even if we let go, this isn’t good-bye for good-byes do not exist.
Reviewed in the United States on 22 March 2018
Verified Purchase
We need to hold onto something. We need to plant our feet firmly into the sand and allow the past to roll over us like a calming sea, washing away the ugly truth. We need to chase something, anything, even if it’s just a bunch of ghosts, but it would silence the piercing howl that begs to be released. We need to disappear, melt into sweet oblivion and forget, but it’s not so easy to forget especially with that lingering touch of death against our skin, a cool shiver to remind us that we can’t simply close our eyes and dream all of this away. No matter how hard we grasp at what was or drop to our knees and scream out our fury or pain, it won’t change anything for everything has changed. All we can do is remember who they are, our heroes, our angels, and we need to hold tight to that, the memories and love that we shared. And even if we let go, this isn’t good-bye for good-byes do not exist. It’s only, “See you laters,” and maybe we will see them again. But until then, we carry their torch, lightening the way for others with their own stories to tell like Joseph A. Pinto’s “Dusk and Summer,” who will be donating a portion of the proceeds from his book to the Lustgarten Foundation for Pancreatic Cancer Research.
Read more
Report abuse

Erzsebet Carmean
5.0 out of 5 stars A Modern Myth
Reviewed in the United States on 3 August 2014
Verified Purchase
There are two types of coming of age stories. The common one, with which we are all familiar, examines the psychological and emotional landscape of a boy becoming a man. The less common concerns the next great leap, a transition for which we have no name, but which happens when our parents pass away and we are left to understand a world in which we are the elders, the guardians, the guides. DUSK AND SUMMER, a novella by Joseph Pinto, is of the latter type.

In the forward, Pinto reveals that he lost his father to the ravages of pancreatic cancer. DUSK AND SUMMER is Pinto's tribute to the man who loved, raised, and inspired him. It is a beautiful elegy that transcends the personal nature of the content to reveal something essential about life: DUSK AND SUMMER shows us the unselfish nature of love. Love, in Pinto's narrative, is about shared moments as much as it is about knowing when to let go, and intuiting the wholeness that only death can restore. Eons ago, Epictetus advised "never say about anything, I have lost it, but say I have restored it." People of faith have ritual and community to guide them to acceptance. If there is a hereafter, then Omega is Alpha, and the only reason we cannot recognize that in the same dry, factual way in which we recognize the elements in the periodic table is because we are limited - locked into - our Now, our Here. The challenge of discovering faith in a "beyond" is the hallmark of this second, nameless coming of age. DUSK AND SUMMER is the story of moving to the acceptance that what is lost, who is lost, is restored to wholeness in a way we cannot rationalize, touch, or mentally conceive.

***Spoiler Alert! Some plot points are revealed in the next paragraph, but the true magic of the myth is preserved. You'll love the way Pinto brings it all together, so get the book!***

Pinto presents his theory of this transition as a myth. Myth is the most natural means humans have to absorb ideas that exist outside of reason. DUSK AND SUMMER leads the protagonist, an intentionally unnamed Everyman, on a mystical journey from the symbolically laden memories of the Tolten, a sunken ship, to the concrete locale of 141 Sea Cargo Drive. His dying father sent him there, with instructions to do what must be done. A woman of otherworldly beauty meets him on the beach. The protagonist understands, with a soul-shock, that he is tasked with helping her guide his father's soul to the other side. Initially, he fights the idea of his father's departure. This is the vestige of the child in him, crying and gripping his father's trouser leg. It is this sentimental attachment that must give way to unselfish acceptance in the second coming of age. His father gave him everything he needs to enter the second stage of adulthood, and to honor all his father gave, the son must let go. The son fully takes on the strength which was in the father, and uses it to carry his father across the threshold to a new life. The end of a life, and of DUSK AND SUMMER, is bittersweet. The myth is completed, and the narrator arrives in the next phase of his maturity. DUSK AND SUMMER is a beautiful tribute, and a salve for all psyches battered by the loss of a beloved parent.
Read more
2 people found this helpful
Report abuse
See all reviews
Back to top
Get to Know Us
Make Money with Us
Let Us Help You
And don't forget:
© 1996-2021, Amazon.com, Inc. or its affiliates