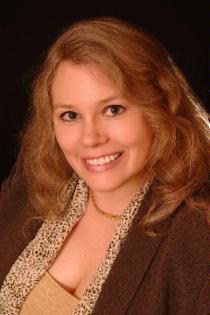 by Alexandra Hawkins (Author)
3.5 out of 5 stars 58 ratings
See all formats and editions
Sorry, there was a problem loading this page. Try again.
Read more Read less
Previous page
Next page

"Simply spectacular from front to back!" --Fresh Fiction on Sunrise with a Notorious Lord

"A clever and passionate story with a plot twist or two that grabs your attention and holds on right up to the wonderful ending." --Romance Junkies on Sunrise with a Notorious Lord

"These Lords of Vice only get more and more interesting as the series goes on. They make sexy and sinful feel like satin sheets you want to roll around in until you're sated and exhausted." --The Good, The Bad, and The Unread on Sunrise with a Notorious Lord

"Those sexy Lords of Vice return as another member is caught in a maze of love and danger. Hawkins' talent for perfectly merging gothic elements into a sexually charged romance are showcased along with the marvelous cast of characters taking readers on a thrill ride." --Romantic Times BOOKreviews (4 stars) on After Dark with a Scoundrel

"A terrific second book in this series. I had it read in a day and then bemoaned the fact it was over." --The Good, The Bad, and The Unread (A+) on Till Dawn with the Devil

"You will devour every sexy and intriguing morsel of this divine read." --Romantic Crush Junkies (4 stars) on Till Dawn with the Devil

"Wickedly sensual and entertaining! Alexandra Hawkins is an exceptional talent." --New York Times bestselling author Lorraine Heath on All Night with a Rogue

Wickedly charming and wildly seductive, the Lords of Vice live for the thrill of the hunt--even as they're making their way down the aisle...

HIS BACHELOR DAYS ARE NUMBERED

They were children when the Duke of Huntsley was introduced to Lady Grace Kearly. The young duke--nicknamed "Hunter"--took one look at his future bride and thought only of escaping his responsibilities to his family. Marriage was for grown-ups and Hunter still had years of skirt-chasing ahead of him. But now the time has come for Hunter to heed the call: If this Lord of Vice hopes to keep all of his inheritance, he'll have to claim his long-neglected betrothed...

HER WEDDING PLANS DON'T INCLUDE HIM

With her twenty-first birthday approaching, Lady Grace dreads the thought of marrying the duke she has met only once--especially since he's grown into a notorious rake who will probably beget his heir and abandon her in the country while he pursues fresh game in London. So when Lady Grace coolly decides to call the wedding off, even Hunter is surprised by his refusal to let her go. Suddenly, the notion of claiming and taming this green-eyed beauty is one challenge he cannot resist...

"Romantic and erotic...the Lords of Vice series is hot enough to curl your toes!"
--Celeste Bradley, New York Times bestselling author of When She Said I Do

Alexandra Hawkins is an unrepentant Anglophile who discovered romance novels as a teenager and knew that one day she would be writing her own. With her Lords of Vice series, she has combined her love of English history, mythology, and romance to create sensual character-driven stories that, she hopes, will touch readers' hearts. Alexandra lives in Georgia with her husband and three children.

3.5 out of 5 stars
3.5 out of 5
58 global ratings
How are ratings calculated?
To calculate the overall star rating and percentage breakdown by star, we don’t use a simple average. Instead, our system considers things like how recent a review is and if the reviewer bought the item on Amazon. It also analyses reviews to verify trustworthiness.

Paula Roberts
4.0 out of 5 stars Enjoyable read.
Reviewed in the United Kingdom on 5 June 2013
Verified Purchase
From previous reviews I had expected poor things from this book but maybe I'm on a different wave length because I enjoyed it and understood the reasons why Hunter resented being forced to get engaged. I also didn't think that Grace let him walk all over her. She gave as good as she got. All the characters in these books are flawed - they're human and that's part of the attraction. I may have read better but I've also read a lot worse. I need to read the next book but I'm not sure if I like Frost as he's very changeable. Hopefully he'll make his mind up. The heroine needs to give him a clout round the ear!
Read more
Report abuse

S. Hall
5.0 out of 5 stars I actually like it!
Reviewed in the United Kingdom on 13 March 2013
Verified Purchase
Love this series of books... so when I read that our sellers weren't keen on this book and the previous one, in my opinion was a disaster. I was very sceptical. However to my surprise I loved this book! Yes they don't really get together till the end of the story and yes it does seem to finish on a bit of cliffhanger but I enjoyed it. I felt the characters were true to their time, men were aggressive and viewed women as possessions in those days.

A definate read for those who are following this series, its true its not as good as the books in the beginning of the series but its still not a bad book.
Read more
One person found this helpful
Report abuse

susan hill
3.0 out of 5 stars sue
Reviewed in the United Kingdom on 27 February 2013
Verified Purchase
I have read all the Lords of Vice books so far and was desperately looking forward to Hunters story, however, I think that this has been the weakest book in the series. I am now awaiting Frost's book at the end of the year and I am sure that this will be the best as he has been the most complex character in all the previous books.
Read more
Report abuse

Ashlee
1.0 out of 5 stars Disappointed
Reviewed in the United Kingdom on 22 March 2013
Verified Purchase
I love the Lords of Vice books and was really looking forward to this book. However it was very disappointing. The book seemed rushed and not thought through very well. The characters failed to really interact with each other until the end, and then the story seemed to jump from one stage to another with no explanation. One minute they didn't like the other, and then they were suddenly declaring their love with no real explanation. It was very weird.
There was also so many grammatical errors with missing or extra words, and it was very frustrating to read.
I hope the Frost story is better, and the series ends with a bang. Very much looking forward to the next one
Read more
Report abuse

Ione
2.0 out of 5 stars Could have done so much more with the premise
Reviewed in the United Kingdom on 6 October 2013
Verified Purchase
Cliched storyline, but even these can be quite enjoyable.

The heroine had no specific qualities to recommend her, the hero was unlike able, their actions didn't fit with their motivations.

Quite a disappointing read compared to others in the series
Read more
Report abuse
See all reviews
Back to top
Get to Know Us
Make Money with Us
Let Us Help You
And don't forget:
© 1996-2021, Amazon.com, Inc. or its affiliates