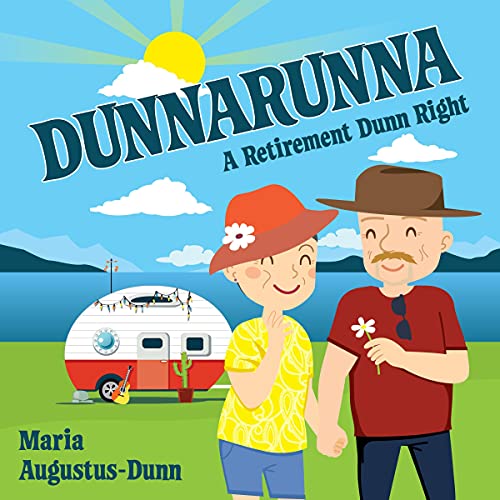 hlblackmore
5.0 out of 5 stars Dunnarunna is a delight!
Reviewed in Australia on 28 March 2021
Verified Purchase
Not only is Dunnarunna a delightful read about life on the road, but I also learnt a (pie) truck load about camping! Maria’s gift of storytelling and ability to share her observations make Dunnarunna a treat to enjoy, and it also forms a comprehensive guide to travelling around Australia. A must-read for anyone embarking on a road trip around this magnificent land, this book provides a wonderful insight into the lives of two of our very best Australians.
Read more
One person found this helpful
Helpful
Report abuse

Rachael Carter
5.0 out of 5 stars A great read
Reviewed in Australia on 27 January 2021
Verified Purchase
If you have any interest in travelling around Australia by motorhome or caravan then this book gives a great insight into what life on the road would be like. Some stories will make you want to sell your home and hit the road right away and other funny stories will make you think, “gosh I could never do that”. We’ll definitely be referring to Dunnarunna for tips of where to go when we travel in Australia.

The book is part narrative where you feel like you are sitting having a cuppa with Maria and she’s telling you stories (she’s a great story teller) and this is interspersed with her journal enteries at the time.

Maria is a good friend of mine so I loved reading about her and Brad’s adventures. I didn’t want the book to end.
Read more
One person found this helpful
Helpful
Report abuse

Vladimir Zolotarev
5.0 out of 5 stars GREAT Book from The GREAT Author! Thank you Maria!
Reviewed in Australia on 13 May 2021
Verified Purchase
What a FANTASTIC book about touring Australia, about Life on the road and Life Time Adventure. You will enjoy every single page of this book. Thank you Maria Augustus-Dunn!
Read more
One person found this helpful
Helpful
Report abuse

Laurence Rundle
5.0 out of 5 stars A great read
Reviewed in Australia on 9 August 2021
Verified Purchase
This was a great read. Very believable. I would like to read a sequel. Keep going .
Read more
One person found this helpful
Helpful
Report abuse
See all reviews

warren
5.0 out of 5 stars An entertaining read
Reviewed in the United States on 4 February 2021
Verified Purchase
Maria and Brad retired from Australian army life, got rid of most of their possessions and hit the track around Australia with a 'pie truck' and a caravan. Maria kept a diary of her travels, and so when it came to write the book, there are sections of her diary, plus explanations and additional information.
It's a really entertaining read, and some funny laugh-out-loud bits.
What I liked was how it gave such a good insight of life on the road. The challenges, the high points, the low points. Some parts made me imagine doing it myself, and some parts made me never want to do something like that.
It's a great read - I recommend it highly.
Read more
Report abuse

Wendy
5.0 out of 5 stars Great Read
Reviewed in the United States on 5 February 2021
Verified Purchase
I loved this book! It was great following Brad and Maria’s journey around Australia to some wonderful places, meeting interesting and diverse people, and having a great laugh along the way. Their attitude to not take too much in life (including themselves) too seriously is infectious and you can’t put help but admire them and their relaxed way of life. Even more impressive is the other journey Maria takes, her courage, determination and resilience is truely admirable and I take my hat off to her.
Read more
Report abuse
See all reviews
Back to top
Get to Know Us
Make Money with Us
Let Us Help You
And don't forget:
© 1996-2021, Amazon.com, Inc. or its affiliates