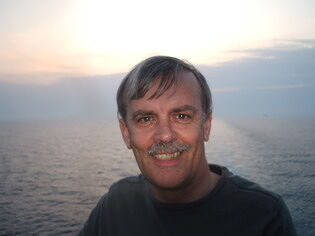 by Martin Edwards (Author)
4.4 out of 5 stars 164 ratings
See all formats and editions
Sorry, there was a problem loading this page. Try again.

Twenty years ago, Malcolm Whiteley discovers his attractive wife Lysette is having an affair. The Whiteleys are wealthy, and live with their 16-year-old daughter Amber in the magnificent Dungeon House, overlooking Cumbria's remote western coast. But Malcolm is under financial and emotional pressure, and he begins to disintegrate psychologically, suspecting the men in their circle of being Lysette's lover. When Lysette tells Malcolm their marriage is over, he snaps, and takes out the old Winchester rifle he has been hiding from Lysette...Back to the present day, and Hannah Scarlett's cold case team are looking into the three-year-old mystery of the disappearance of Lily Elstone, whose father was Malcolm Whiteley's accountant. Their investigation coincides with the disappearance of another teenage girl, Shona Whiteley, daughter of Malcolm's nephew Nigel. Nigel now lives in the Dungeon House, despite its tragic history. Twenty years earlier, Malcolm shot his wife and apparently killed his daughter before shooting himself. But as Hannah's team dig down into the past, doubts arise about what exactly happened at the Dungeon House twenty years ago...
Read more
Previous page
Next page

Martin Edwards is the author of the acclaimed Harry Devlin series as well as the Lake District mysteries. He lives in Lymm, Cheshire.
Start reading The Dungeon House (Lake District Cold-Case Mysteries Book 7) on your Kindle in under a minute.

Martin Edwards has received the CWA Diamond Dagger, the highest honour in British crime writing, given for the sustained excellence of his contribution to the genre. His recent novels include Mortmain Hall and Gallows Court, which was nominated for two awards including the CWA Historical Dagger. British librarians awarded him the CWA Dagger in the Library in 2018 in recognition of his body of work. His eight and latest Lake District Mystery is The Crooked Shore and earlier books in the series include The Coffin Trail, short-listed for the Theakston's prize for best British crime novel. Seven books in his first series, featuring Liverpool lawyer Harry Devlin, starting with the CWA John Creasey Dagger-nominated All the Lonely People, have been reissued by Acorn in new editions with introductions by leading writers including Ann Cleeves and Val McDermid.

Martin is a well-known crime fiction critic, and series consultant to the British Library's Crime Classics. His ground-breaking study of the genre between the wars, The Golden Age of Murder won the Edgar, Agatha, H.R.F. Keating and Macavity awards. The Story of Classic Crime in 100 Books won the Macavity and was nominated for four other awards, while Howdunit, a masterclass in crime writing by members of the Detection Club, won the H.R.F. Keating prize and was nominated for five other awards. His long-awaited history of the genre, The Life of Crime, will be published in May 2022.

In addition Martin has written a stand-alone novel of psychological suspense, Take My Breath Away, and a much acclaimed novel featuring Dr Crippen, Dancing for the Hangman. He also completed Bill Knox's last book, The Lazarus Widow. He has published many short stories, including the ebooks The New Mysteries of Sherlock Holmes and Acknowledgments and other stories. 'The Bookbinder's Apprentice' won the CWA Short Story Dagger, for which he has been nominated for three other stories.

He has edited over 40 anthologies and published diverse non-fiction books, including a study of homicide investigation, Urge to Kill. An expert on crime fiction history, he is archivist of both the Crime Writers' Association and the Detection Club. He was elected eighth President of the Detection Club in 2015, spent two years as Chair of the CWA, and posts regularly to his blog, 'Do You Write Under Your Own Name?'

4.4 out of 5 stars
4.4 out of 5
164 global ratings
How are ratings calculated?
To calculate the overall star rating and percentage breakdown by star, we don’t use a simple average. Instead, our system considers things like how recent a review is and if the reviewer bought the item on Amazon. It also analyses reviews to verify trustworthiness.

Lyn L
5.0 out of 5 stars Five Stars
Reviewed in Australia on 19 July 2018
Verified Purchase
Enjoyed this whole series. Will reread them in the future.
Read more
Helpful
Report abuse
See all reviews

Adam August Zbyszewski
3.0 out of 5 stars I'm not impressed
Reviewed in the United Kingdom on 22 October 2021
Verified Purchase
I was curious of Martin Edwards' writing as he is the editor of the British Library Crime Classics series, which I'm a great fan of. His own book, however, subscribes to most of the trappings of modern(ist) literature. And I'm rather disappointed. Yes, it is a proper mystery, police procedural, thriller or whatever you want to call it, and, fortunately, the narrative is in the past tense. On the other hand, though, it has its fair share of PC (which basically dictates who is portrayed in the negative or positive light - ridiculous, right?, but there you go), all the main protagonists are female and, by the way (but that is crucial, really), they're not likeable - you cannot really relate to them and you would rather not like to meet them in real life or befriend them. It also has its share of foul language, of course (it goes without saying in this day and age), but there is also this weird preoccupation with describing some of the characters as ugly, not attractive (physically). It put me off. After all, 3 stars is all I can give this book.
Read more
Report abuse

Mr. D. L. Rees
3.0 out of 5 stars A NEED TO CARE MORE?
Reviewed in the United Kingdom on 1 September 2021
Verified Purchase
Sorry to be at odds with so many about this one, but reservations abounded from the start. The twenty years earlier section (62 pages) seemed rather hammy, not to mention largely irrelevant with its contents summarized immediately afterwards.

Everything perked up with the events resurfacing for review as there a possible connection with a now missing teen. Also unexplained is the disappearance of another girl three years earlier. Certain families seem somehow forever interwoven. Had that initial police investigation been thorough enough? Ultimately an exciting climax helps all to be explained, new light shed on what really happened all those years ago.

If only interest could have been sustained throughout! It was hard to care much about some of the characters involved, this perhaps less of a problem for those familiar with earlier works in the long running popular series.

Thus not really for me, but be advised it has greatly pleased many others.
Read more
Report abuse

Johnny G
1.0 out of 5 stars Chick Lit
Reviewed in the United Kingdom on 8 March 2020
Verified Purchase
Maybe it is unfortunate that I started with this book in the series. I found it awful. I am at half way but have had enough. The initial characters are all either very unpleasant or unlikeable and as another reviewer said the characters start to merge together and you forget who is at it with who or wants to be at it with who.
Then suddenly we are 20 years on and the police appear. At last I cry. Now we can get down to some real crime busting. No such luck, the lead character whose name I have forgotten nips home for a bit of slap and tickle with the boyfriend.
That's' enough for me. If I wanted Chick Lit there is a massive section at the local library (on the odd occasion it is open).
Because of the positive reviews ofthis series I had already ordered another in the series which is on its way. Based on this rubbish I have made a mistake
Read more
Report abuse

Caroline
1.0 out of 5 stars A disappointment.
Reviewed in the United Kingdom on 26 December 2018
Verified Purchase
I've enjoyed the previous books but this one just doesn't work for me - indeed, I can't bother to finish it, only the third or so book that I've ever abandoned. Unusually for me I couldn't keep track of who all the characters were, nor form a mental picture of them, or how old they are - the sign of a badly written book.
Hannah and Daniel don't "star" in this book: a poorly drawn character who has suddenly gone from timid to outgoing for no convincing reason has that honour - at least in the half I've managed to read.
This book has all the hallmarks of a book that was written at the start of the author's career and which has been rewritten to fit it into the series, unsuccessfully, in my opinion.
Read more
2 people found this helpful
Report abuse

Kindle Customer
5.0 out of 5 stars Lake district murders
Reviewed in the United Kingdom on 23 August 2017
Verified Purchase
I have just finished reading all 7 books one after the other. I've lost a lot of sleep unable to put any of them down.
All set in the wonderful Lake District countryside that Martin Edwards manages to bring to life without resorting to endless descriptive prose which slow down and interrupt the stories.
Each book delves into a Cold Case run by DCI Hannah Scarlett who is helped along the way by Daniel Kind a historian who has given up a lucrative as a university Don and presenter of historical shows on tv, to live in the Lake District, and to my mind is the real "star" of the books.
As most of the cold cases involve murder there is, of course, a certain amount of violence, but never gratuitously so. A little along the lines of Midsummer Murders on tv, and the brilliant "Shetland" series by the wonderful Ann Cleeves.

The characters, the bad as well as the good, are all well rounded and thoroughly believable . If I have any niggle character wise, it would be I would like Daniel to have been featured more strongly.

My only other niggle is that having all 7 books there are no more!!! Please Martin write more about Hannah and Daniel.
Incidentally these books would make a great tv series.
Read more
2 people found this helpful
Report abuse
See all reviews
Back to top
Get to Know Us
Make Money with Us
Let Us Help You
And don't forget:
© 1996-2021, Amazon.com, Inc. or its affiliates