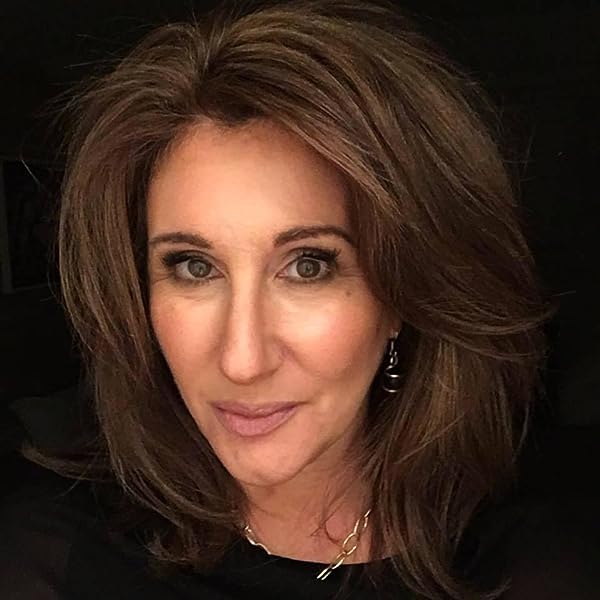 by Jane Green (Author)
4.1 out of 5 stars 152 ratings
See all formats and editions
Sorry, there was a problem loading this page. Try again.

Page 1 of 1 Start overPage 1 of 1
Previous page
Next page
Start reading Girl Friday on your Kindle in under a minute.

Jane Green is the New York Times bestselling author of one cookbook (Good Taste), and nineteen novels, including the huge hits Jemima J., and The Beach House. With over ten million books in print in over twenty five languages, she is credited as being one of the founders of the genre, &quot;chick lit&quot;.

She has had her own show on BBC Radio London, is a current storyteller for The Moth, was a correspondent for ABC News for the royal wedding between Prince William and Kate Middleton, and is a regular guest on radio and television.

She has been featured in People, Newsweek, USA Today, Glamour, The Sunday Times, The Daily Telegraph and Cosmopolitan amongst others, and lives in Connecticut with her husband, six children, 2 dogs, 5 cats, and 6 chickens.

4.1 out of 5 stars
4.1 out of 5
152 global ratings
How are ratings calculated?
To calculate the overall star rating and percentage breakdown by star, we don’t use a simple average. Instead, our system considers things like how recent a review is and if the reviewer bought the item on Amazon. It also analyses reviews to verify trustworthiness.

Bellyobibblyboodles
2.0 out of 5 stars Bring Back the Jane Green of Old!!
Reviewed in the United Kingdom on 27 July 2009
Verified Purchase
Where has she gone? The Jane Green who had us enthralled with her earlier novels, has dissappeared. I felt a little cheated and let down after the 'Beach House', as it was weak and implausable. But I had high hopes for this one being a return to form .............. sadly now dashed. If anything, 'Girl Friday' is worset than the 'Beach House' in my opinion.

If you look back over the themes of Jane Green's novels, it seems she has drawn inspiration from the path of her life, and this has worked well for her in the past. 'Girl Friday', is set in suburban New England (like 'The Beach House') where Jane herself now lives. Other than that, I think Jane is flailing for material. 'Girl Friday' is incoherent on many levels - plot is weak and confusing, characters are shallow and unrealistic, and her style has taken a very 'Mills and Boon' turn for the worst. Quote from p.186/7 - "Robert closes his eyes, every nerve on fire. He has forgotten it could be like this,and he picks her up,and carries her to the sofa, all thoughts forgotten, aware of nothing other than the woman in his arms." Hmmmn. I smell cheese.

I was confused by this book - and the blurb was misleading. Was this a book about observing Suburban American life? (A Desperate Houswives Lite)! Or was this a social commentary about the credit crunch and the fall of corporate America? Or was this an insight into the life of a divorced woman (as the blurb had me innitially believe)? Or was this a dark look into the secrets of families and relationships? For me - none of these things sadly. It could have been any of them, handled well and developed properly. Instead, its a nothing book. Just a mish mash of ideas and themes, none of which were explored or explained very well at all.

I fear Jane Greene has lost her way and is either under pressure from her publisher to churn out a book each year in time for the summer market, or worse still, has sold out and is now being ghost written. Either way, I hope that the Jane Green of old finds her way back to us next year.
Read more
25 people found this helpful
Report abuse

Sophie Davis
3.0 out of 5 stars Good but not great
Reviewed in the United Kingdom on 19 November 2009
Verified Purchase
I love Jane Green and am always excited to buy her book each year. However, along with the majority of reviewers I was quite disappointed with this book.
The blurb seemed quite misleading and Tracy who is spoken about doesn't feature as heavily in the book as you would have thought. Her problems doesn't have the impact on everyone you would expect.
It is quite hard to review what is wrong with this book without giving away the plot. The last 50 pages seemed to be written really hastily, like Jane Green couldn't be bothered with it anymore. Everything seemed to be building to some sort of big confrontation or a big dramatic scene that just never really came. Characters seemed to have no point to them, I really didn't understand the need for Annabel in anyway. Motivations didn't make sense fo characters. And there was so so much repeating of certain things, like how Kit now loved her space and how Robert had enjoyed writing his book and that it was cathartic. I swear that was written about 5 times!
To be fair to the book though, at the time of reading it I couldn't put it down, like with all her other books. I always had to keep reading onto the next chapter, until the end when I got quite fed up at the rubbish ending I'd been given and it suddenly ended so abruptly.
Anyway, a good holiday read, but for Jane Green fans, it is not up to her normal standard, don't expect much!
Read more
One person found this helpful
Report abuse

julie keegan
4.0 out of 5 stars Very satisfying
Reviewed in the United Kingdom on 6 January 2019
Verified Purchase
This book had very believable characters , a good storyline. The whole story was quite believable, how people can be sucked into situations. The outcome was very satisfying.
Read more
Report abuse

linda brittan
3.0 out of 5 stars Ok
Reviewed in the United Kingdom on 29 December 2020
Verified Purchase
Not as good as Jane Greens other books, everyone is disjointed in it all out for what they could get.
Read more
Report abuse

Yvonne
5.0 out of 5 stars Gripping!
Reviewed in the United Kingdom on 21 April 2019
Verified Purchase
So easy to read. Loved the twists and turns of the story. Parts of it reminded me how I felt about my own life. Emotional links throughout.
Read more
Report abuse
See all reviews
Back to top
Get to Know Us
Make Money with Us
Let Us Help You
And don't forget:
© 1996-2021, Amazon.com, Inc. or its affiliates