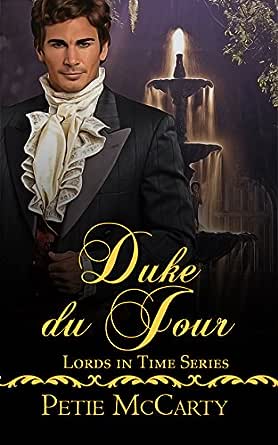 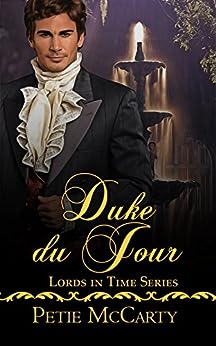 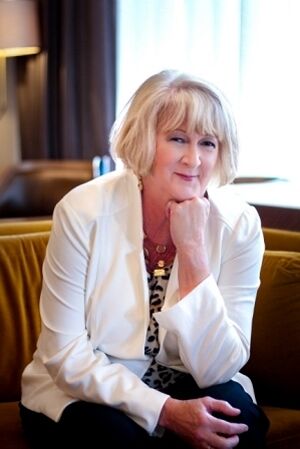 Tessa
TOP 100 REVIEWER
4.0 out of 5 stars A MAN goes back in time!
Reviewed in Australia on 15 June 2018
Verified Purchase
We are always reading stories about women going back in time but this time it is a man who goes back. And nothing less than a duke! Jared Langley, 13th Duke of Reston, has found diaries of all of his ancestors up to the sixth duke but, from then on nothing. There are portraits of them all, including the seventh duke who could be his twin. As a privileged member of the aristocracy, a duke is only lower than a Prince of the monarch, he has led a spoilt, arrogant playboy's life. Having broken with his fiancee he has a severe headache coming on and decided to take a walk in the garden. As he walks into a somewhat overgrown sector he finds a fountain that he doesn't remember being there but, since his headache is getting worse by the minute, he sits on the edge and bends over to scoop up some water. As he does so he falls in and knocks his head. As he comes up out of the water he realises that the garden has changed. It isn't too long before he realises that he had travelled to 1816 and everybody thinks that he is the 7th duke! He gets away with the deception by claiming to have amnesia. Slowly he becomes aware of the fact that seven, as he refers to him, is a very selfish and nasty person. It also brings home to him the fact that he wasn't much nicer as the 13th duke. The situation he has dropped into is dire for the people of his estate as it is close to bankruptcy. Despite his determination to return to his own time, he gets caught up in the events of the time. One mystery is where is seven? Everyone assumed that he was killed just before Waterloo but no body was ever found. So Jared expects him to return at any time. Meantime, he meets and falls in love with Lady Ariana, his neighbour's daughter. He is conflicted because he cannot tell her of his feelings as he has to return to the future.
There's mystery and mayhem as well as light romance in this book and I found it quite enjoyable if a bit obvious.
Read more
Helpful
Report abuse

chrisp
5.0 out of 5 stars Kept thinking read one more chapter
Reviewed in the United Kingdom on 28 June 2019
Verified Purchase
I wasnt sure about Regency and time travel. But it worked and was ably backed up by historic detail. Clever story. Hardly any americanisms which is nice. Thoroughly recommend
Read more
One person found this helpful
Report abuse

Daphne Evans
5.0 out of 5 stars Good read
Reviewed in the United Kingdom on 2 September 2018
Verified Purchase
Enjoyed reading this & look forward to next in series
Read more
One person found this helpful
Report abuse

Moon Cat
5.0 out of 5 stars Great First Book
Reviewed in the United States on 14 June 2018
Verified Purchase
Excellent time travel. I haven't enjoyed a book this much in quite some time. Jared the 13th Duke of Reston has just broken up with his cheating fiancee and wanders into his estate gardens. Strangely it's overrun with weeds and there is a fountain that he doesn't remember which he stumbles into and finds himself in 1816. Fortunately he resembles the 7th Duke of Reston also named Jared. Really nicely done. Looking forward to future books as this is a definite series and we need to find out what will happen to The Earl of Dexter.
Read more
2 people found this helpful
Report abuse

Baby Boomer
4.0 out of 5 stars A fun if slight read
Reviewed in the United States on 23 November 2019
Verified Purchase
This was actually a fun read. I don't think the author showed great command of compelling storytelling because I didn't feel any compulsion to go buy more books by that author. But the story started with a great premise and a funny one, and it definitely had its funny moments. I loved when the time-displaced hero was grossed out by how much London stank back in those days, before modern sewers. That was a good touch. Light reading.
Read more
Report abuse

Luvleelorraine
5.0 out of 5 stars Delightful read
Reviewed in the United States on 10 June 2019
Verified Purchase
I love time travel readers, and partway through this I thought it’s dragging a little. However I did such a wonderful story and the new twist. Wonderful characters, and a little bit of a different ending which brought it up to the five star review. Also some fabulous characters that could make a wonderful new book. We shall see
Thank
Read more
Report abuse
See all reviews
Get FREE delivery with Amazon Prime
Prime members enjoy FREE Delivery and exclusive access to movies, TV shows, music, Kindle e-books, Twitch Prime, and more.
> Get Started
Back to top
Get to Know Us
Make Money with Us
Let Us Help You
And don't forget:
© 1996-2020, Amazon.com, Inc. or its affiliates