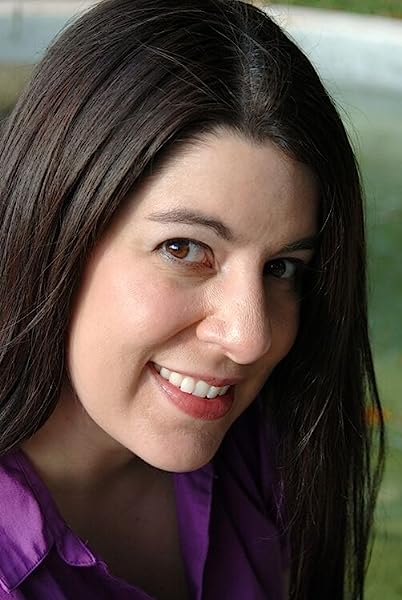 by Valerie Bowman (Author)
4.5 out of 5 stars 143 ratings
See all formats and editions
Sorry, there was a problem loading this page. Try again.

Page 1 of 1 Start overPage 1 of 1
Previous page
Next page
Start reading Duke Looks Like a Groomsman (The Footmen's Club Book 2) on your Kindle in under a minute.

Valerie Bowman is an award-winning author who writes Regency-set historical romance novels. Her debut novel, Secrets of a Wedding Night, is the first in the Secret Brides series. Bowman has a BA in English language and literature with a minor in history from Smith College. Originally from Rantoul, Illinois, she lives in Jacksonville, Florida with her family, including her rascally rescue dog Roo.

Amazon Customer
2.0 out of 5 stars I wish I could get a refund!
Reviewed in Australia on 14 September 2020
Verified Purchase
Incredibly dull.
Hero is annoyingly adolescent and heroine not much better. Silly premise to begin with, 3 Peers pretending to be servants.... The writing style is not my cup of tea I suppose. Everything seemed a little immature from the plot to the prose style. The dialogue between characters is beyond cringe!
This is my second attempt at reading a Valerie Bowman book and I just can't!
Do yourself a favour and read a sample first, and don't rely on the reviews. I am so annoyed as I usually do this and in not doing so I wasted my money grrrrrr.

Amazon Customer
5.0 out of 5 stars Horses and love!!!.
Reviewed in the United Kingdom on 22 September 2020
Verified Purchase
Oh what a delicious story just for me to read about a Duke and Lady Julianna,thank heavens they found their courage to say YES! I love you more than life GREAT!!!.
Read more
Report abuse

Cynthia L. Bogner
3.0 out of 5 stars Very confusing misunderstanding
Reviewed in the United States on 30 July 2020
Verified Purchase
Was there one letter or two? The central conflict in this story was presented as a miscommunication in the form of a letter, and the specifics around the letter or letters were murky. I believed for more than half the book that either Rhys’ mother or Julianna’s father would have had to pen a fake letter (a trope I’m not overly fond of unless it’s handled superbly) to thwart their marriage prospects. Nothing else made sense. But then ***spoiler alert*** we find out Rhys actually DID write the letter. And he had the audacity to feel betrayed? I couldn’t understand it. Was she supposed to hie off to a nunnery after he told her he didn’t feel anything special for her? I even went back to reread it, and still I wasn’t sure of anything except that Rhys’ anger - which, by the by, drove the plot - was insanely inane. Even now, I’m convinced I missed an important detail as Rhys was somehow convinced Julianna had betrayed him.

Still the writing is good, and the plot is so interesting, that of Lords masquerading as servants. As with the first installment, loose threads dangled all over the place, there was an odd 11th hour scorching ruination, no details on how the betrothal was broken, and only an implied happily ever after. I’m guessing the author is waiting for the third book, but that’s cold comfort. The good news is the release date is only a month away.

Diane D
5.0 out of 5 stars Loved it
Reviewed in the United States on 3 August 2020
Verified Purchase
THis is the second book in a series where 3 peers are masquerading as servants at a friend's house party to win a bet. Rhys, the Duke of Worthington isn't good about hose types jobs so he is working in the stable with the horses. Of course, the one person who would recognize him, Julianna, is a horse lover. Anna and Rhys had formed an attachment and she thought he was going to propose when he disappeared. Finally after 9 months she got engages to someone else.
The characters are wonderfully talkative and feisty - jabbing at each other even as they are keeping his secret.The previous attraction is still there but nothing can happen until they both come clean about the past.
My biggest complaint about the story is that I would have liked it to go on for a few more chapters. But the Happily Ever After was worth the wait in the end.

Texanne
4.0 out of 5 stars DRINKING CAN HELP PEOPLE MAKE STRANGE CHOICES
Reviewed in the United States on 3 August 2020
Verified Purchase
Sometimes when people drink too much they make strange decisions. When a group of 4 friends are spending time together and drinking quite a bit, they all make one of those strange decisions….but it sounded like a good idea at the time.

In order for an earl to find a woman who likes him for himself, three of these friends will pass themselves off as servants. No one ever actually looks at a servant.

One of the gentlemen will host a house party. Some of the best people will be there. The goal is a wife for the earl, but also there is a large sum of money up for grabs.

Rhys is a duke who is well known for being a gambler and a drunk. The rumor is he is broke because he lost all his money at gaming. All this is not necessarily true. But, Rhys is a man who enjoys winning. He also loves horses, and he is good with them. So, he will become a groom. After all, in the stables he will be less likely to be recognized.

She recognizes him, of course. He does a wonderful job as a groom because of his love and knowledge of horses. She attempts to make his life a living hell. He simply ignores most of that.

I liked Julianna. Her entire life has been lived by the rules her parents have provided. She has never been allowed to be herself. Apparently her only value is her beauty. But inside, she is a woman who has ideas and actually can think for herself. Internally, Julianna calls Rhys “Detestable”.

I liked Rhys. He can be a really self involved man. But, he also has a past that was not conducive to him becoming a well rounded man. I liked his humor and his loyalty as well as the fact that he is by nature a very gentle and kind man. He evidently looks terrific without his shirt too.

This is the second in a series. I loved the first book. For me, this one seemed to have a wee bit of too many pages of descriptions and not enough action and developing relationships.

Julianna related beautifully with her sister. In fact, she related to everyone in a kind manner. She and Rhys had that in common. He also related to others in a good way.

They would make a wonderful couple.

The secondary characters added a great deal to the story. Everyone from the other grooms to some of the young ladies invited to the house party added a real texture and charm to the story.

I look forward to the next book in the series.

Ms Bowman writes a good story and creates characters who I like to know.

Julie's Bookshelf
4.0 out of 5 stars A Lofty Duke Acting As A Groomsman?
Reviewed in the United States on 6 December 2020
Verified Purchase
This is the second in Value Bowman's The Footmen's Club series. It begins with one of four fast friends wanting to marry, but to find a woman who loves him for himself, not his title and wealth. One friend, Lord Clayton, already married, agrees to hold a house party, and the wife-seeking Earl of Kendal will act as a groom. The others jump in: One to act as a valet, and the Rhys, the Duke of Wolverton, says he will be a groomsman, because it is less likely he would be recognized in the stables. This is his story, and how he is outed the first day by his former almost-fiance, who he abandoned without a word two years previously. She agrees to keep his secret. Julianna, a Duke's daughter, is horse-mad herself, and so spends a lot of time in the stables tormenting Rhys. There are misunderstandings on both sides, there is a traitor being hunted, and both are too stubborn to admit their feelings for one another. Will they reconcile their differences? That is yours to find out. This series is enjoyable. The main objection is that, as the three stories take place at the same house party, there is a great deal of re-telling of the previous actions in this and the third book.
Read more
Report abuse
See all reviews
Back to top
Get to Know Us
Make Money with Us
Let Us Help You
And don't forget:
© 1996-2021, Amazon.com, Inc. or its affiliates