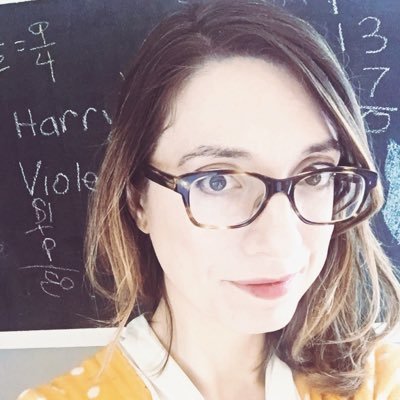 Duke in Disguise: The Regency Impostors: 2 Mass Market Paperback – 28 May 2019

by Cat Sebastian (Author)
4.2 out of 5 stars 83 ratings
See all formats and editions
Sorry, there was a problem loading this page. Try again.

Page 1 of 1 Start overPage 1 of 1
Previous page
Next page
Start reading A Duke in Disguise: The Regency Impostors on your Kindle in under a minute.

"the conflict is utterly new and refreshing for the genre... Sebastian masters the plotting and emotions of an individual coming to grips with her gender queer identity, while also not falling into the trap of melodrama or maudlin after-school special. "--Entertainment Weekly

"This book is a marvel and a gem."--New York Times Book Review

"Readers looking for a slow-burning historical romance will find a lot to enjoy here."--Bookish.com

"Cat Sebastian sent me on an emotional rollercoaster with Unmasked by the Marquess, an unforgettable tale of powerful love that overcomes the odds. I was hooked from page one and adored these characters as they fought for their HEA. If you haven't read Cat Sebastian, what are you waiting for?"--Lorraine Heath, New York Times bestselling author

"Sebastian gives readers a beautiful, emotional romance between two people who are thoroughly perfect for each other; Alistair's response to Robin's revelations is as powerful and poignant as the couple's happily ever after is triumphant."--Sarah MacLean, Washington Post

Cat Sebastian lives in a swampy part of the South with her husband, three kids, and two dogs. Before her kids were born, she practiced law and taught high school and college writing. When she isn't reading or writing, she's doing crossword puzzles, bird-watching, and wondering where she put her coffee cup.

4.2 out of 5 stars
4.2 out of 5
83 global ratings
How are ratings calculated?
To calculate the overall star rating and percentage breakdown by star, we don’t use a simple average. Instead, our system considers things like how recent a review is and if the reviewer bought the item on Amazon. It also analyses reviews to verify trustworthiness.

Chloe M
5.0 out of 5 stars Of lost heirs and radical pamphleteers
Reviewed in the United Kingdom on 16 April 2019
Verified Purchase
What a delightful tale, peopled with beautifully realised characters, Ash, a talented artist and engraver.Tall, dark and handsome, blessed with a kind and gentle personality is hopelessly in love with Verity Plum, printer and publisher and his childhood friend. Will their fiercely held principles keep them apart or will they both find a way to compromise?

The author has obviously researched the historic period well and the setting is totally believable. There’s an exciting mystery at its heart, involving the missing heir to a Dukedom but I don’t intend to post any spoilers. If you love Regency romance you’ll want to devour this book.
Read more
Report abuse

giki
4.0 out of 5 stars Enjoyable Regency Romance
Reviewed in the United Kingdom on 27 May 2019
Verified Purchase
an enjoyable Regency romance. I enjoyed the historical detail and political background that features heavily in this book. Verity Plum is a feisty main charecter. She runs a busy publishing business but finds time when require to rescue her compainions. She is straight to the point, tell it like it is and pretty much always in control. Her old friend Ash has been in love with her for years, but he does not want to risk important friendships by pursuing an affair that is unlikely to last. Fortunatly for him, Verity does not give him much say in the matter.
It is a very neat little story, nicely told and a lot of fun, The romance didn't totally work for me.
Read more
Report abuse

ArtyMum
4.0 out of 5 stars Good but not great
Reviewed in the United Kingdom on 8 December 2019
Verified Purchase
Usually Cat Sebastian’s books have me desperately turning the pages until it’s done, but this one, although still very good, lacked that certain something. Still better than most, but not quite ‘there’.
Read more
Report abuse

Maharet
5.0 out of 5 stars Another stellar performance
Reviewed in the United Kingdom on 10 April 2019
Verified Purchase
Loved this book. Cat Sebastian has written another great historical. Verity Plum is a great heroine. And a female dom.
Read more
One person found this helpful
Report abuse

mishukitty
3.0 out of 5 stars I HATE having to write this review!
Reviewed in the United States on 20 April 2019
Verified Purchase
I'm a big fan of Cat Sebastian's writing, and I was looking forward to her second foray into semi-standard m/f romance. (Her first, Unmasked by the Marquess, was pretty good). There are some lovely written scenes (sex!), great dialog (especially Verity), and who doesn't love an onery cat?

However, I just couldn't get around some of the uneven plot devices. For example:

1. Early on Verity is revealed to be bisexual, having at least one affair that is referenced. This fact is dropped matter-of-factly early in the novel. No background is given (I'm sure for the time period there must have been some angst).

2. It's also unclear if Verity has had any previous male lovers. It's lightly hinted that maybe she has not, but if that's the case, she's certainly well-informed! Ash confesses that Verity is his first lover, but his prowress is explained casually in an aside that he has observed couples through a peephole at a brothel (all in the name of his art, of course!)

3. Probably the biggest problem I had with this book, was the central plot--Ash was mistreated as a very young child, and was hidden away with various caretakers for his own protection. He was not informed of his lineage, hence the complete surprise that he is heir to a dukedom. After spending the first third of the book detailing and explaining his liberal views of society, he rather quickly embraces his new role after a few visits to the woman who is his aunt. This abrupt about face is enough to give you whiplash.

So, in conclusion, the excellent vignettes interspersed throughout don't quite make up for the serious lapses in plot development. Here's hoping that the next book is better!
Read more
24 people found this helpful
Report abuse
See all reviews
Back to top
© 1996-2021, Amazon.com, Inc. or its affiliates