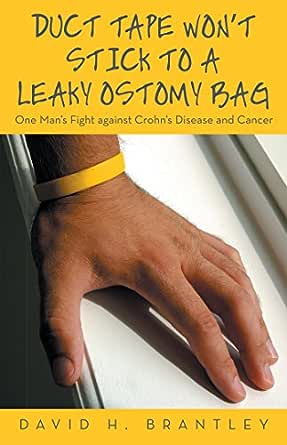 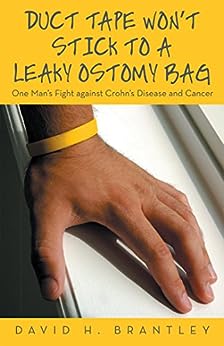 4.1 out of 5 stars
4.1 out of 5
7 global ratings
How are ratings calculated?
To calculate the overall star rating and percentage breakdown by star, we don’t use a simple average. Instead, our system considers things like how recent a review is and if the reviewer bought the item on Amazon. It also analyses reviews to verify trustworthiness.

karen curfman
5.0 out of 5 stars An excellent and truthful book about living with crohns and cancer
Reviewed in the United States on 13 April 2016
Verified Purchase
I have had severe crohns since I was diagnosed in 2010 I also lost 2.5 feet of my small intestine my colon and my rectum Mr brantlys book espically the ostomy parts were as real as my life with Mr stomie as I refer to him I enjoy his honesty so much and agree that too many folks are ashamed to talk about this aspect of crohns I've never had cancer but I have fibromyalgia so I can realate at least to some of his pain thank you for an excellent book I'd reccomend to anyone with crohns or without thank you Karen curfman
Read more
One person found this helpful
Report abuse

cccane1
5.0 out of 5 stars Funny!
Reviewed in the United States on 1 September 2019
Verified Purchase
I have an ostomy and found this very funny!
Read more
Report abuse

Rhonda Jones Franklin
5.0 out of 5 stars A Must Read for Crohn's and Colorectal Cancer Patients
Reviewed in the United States on 31 March 2015
Verified Purchase
David Brantley's memoir of his battle against Crohn's disease and colorectal cancer is a must read for anyone who has undergone the same battle or may be facing it in the future. His honest, yet positive, portrayal of his experience is a guide to anyone battling this taboo illness that many don't want to discuss because it involves what some would consider a distasteful subject. Brantley approaches the subject with directness and often humor, encouraging those others who don't think they can discuss their own experiences. He survived to tell his story, and it is an uplifting one full of detail yet lyrical passages of great beauty and strength.
Read more
Report abuse

Little D
5.0 out of 5 stars It was an excellent read.
Reviewed in the United States on 26 May 2015
Verified Purchase
My friend wrote this book. It was an excellent read .... very honest and very much David. Very moving!!! I highly recommend it!
Read more
One person found this helpful
Report abuse
See all reviews
Get FREE delivery with Amazon Prime
Prime members enjoy FREE Delivery and exclusive access to movies, TV shows, music, Kindle e-books, Twitch Prime, and more.
> Get Started
Back to top
Get to Know Us
Make Money with Us
Let Us Help You
And don't forget:
© 1996-2020, Amazon.com, Inc. or its affiliates