Skip to main content
Drowning in the Shallows and over 1.5 million other books are available for Amazon Kindle . Learn more
Share <Embed> 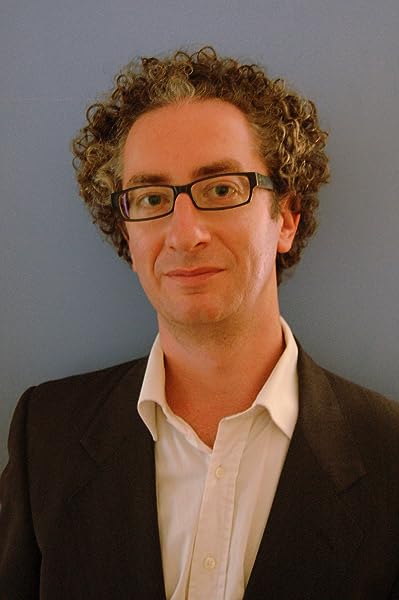 Drowning in the Shallows Paperback – 16 April 2020

Start reading Drowning in the Shallows on your Kindle in under a minute.

Drowning in the Shallows is a comedy about heartache, a satire of Sydney society, a coming-of-age-tale about a man in his 30s who is only now growing up, and a love story about a man and his beloved evil cat.

Dan is a former newspaper journo and editor (who still occasionally writes columns for The Age and SMH).

He launched, ran and wrote the very popular BarZine blog before starting his own media training, writing and editing consultancy business.

Charles Purcell
5.0 out of 5 stars Hilarious guaranteed feelgood read
Reviewed in Australia on 30 March 2020
Verified Purchase
I read this book with a big smile on my face. I found myself smiling and laughing all the way through, not only for the classic moments of recognition – I worked in newspapers with Dan and many of the things he writes about have the ring of hilarious authenticity – but also for Dan’s amusing and wry observations on newspapers, journalism, Sydney’s dating scene and more.

Dan was always one of the funniest writers at the Sydney Morning Herald and his talent and wit shines through in Drowning in the Shallows. Dan has a unique writing style that is not only immensely funny, but also has you cheering on his self-deprecating journalist-slash-teacher-slash bar reviewer (yes, humiliation does make for great copy). The characters are recognisable and well-realised and the story flows nicely. It can feel in Sydney that if you’re not six feet tall and wearing a expensive three-piece suit tailored to fit your gym honed biceps that you are invisible – and those opening night events and parties can make you feel like you’re in Logan’s Run, where the age cut-off is 30 – which is why David is an underdog hero you can cheer on and love.

Perhaps, as he says, journos really are less popular than used car salesman. But time spent with Dan’s hero David is time well-spent indeed … and a great antidote for our dark times.

Luanne Hopkinson
5.0 out of 5 stars A funny witty insight into how men tick.
Reviewed in Australia on 21 March 2020
Verified Purchase
I really enjoyed this book. Missing the bar scene of late, so this was a wonderful diversion. This satire is spot on. It reminded me of places I used to go to and the odd characters out there.
A funny insight into a man's mind as he navigates the tough world of Sydney Journalism. Work is drying up, teaching is unfulfilling and researching stories leads him into some of the more seedy underbellies in Sydney events and venues.
David struggles with finding connection in the shallow Sydney Bar scene, which judges people solely on looks, money and job status. Yes, he thinks a few sleazy things here and there, but when he tries to follow through and act the way other men do he finds a soft inner-core and values seem to get in the way. Ultimately David is just looking for love. He finds more love from his vicious cat than from any of his friends or accquaintances.
I laughed out loud and my heart broke as I read. I enjoyed revisiting bars and clubs in Sydney virtually through this novel and empathised with David's search for meaning.

Robert O'Neill
5.0 out of 5 stars Peeling back the covers on Sydney society one bar at a time
Reviewed in the United States on 14 November 2020
Verified Purchase
Like most large cities, Sydney has developed quite a few pretensions. As a long-time journalist and bar reviewer in the city, few would be better placed to skewer these than Dan Kaufman - and he does it in style.

Meet David, who is falling out of journalism as the media industry hits freefall. He still reviews bars and events for his old newspaper but now earns his money from teaching journalism rather than doing it. He's looking for love and free drinks in all the wrong b-list places, screwing up, getting beat up and losing his mind.

Along the way there are a lot of laughs, mostly at David's expense, as he pursues his obsession with the beautiful Amy, who is not quite, not technically at least, one of his students.

The novel could be called loser fiction (think Bukowski or Henry Miller) and while there is little or no redemption, there is a lot of humour. David, picked on by his cat, disdained and bullied by his students and prey to existential angst, manages to put himself into one ridiculous situation after another.

Highly recommended.
Read more
Report abuse
See all reviews
Back to top
Get to Know Us
Make Money with Us
Let Us Help You
And don't forget:
© 1996-2021, Amazon.com, Inc. or its affiliates