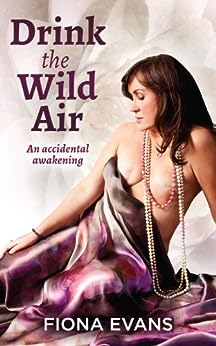 AET
5.0 out of 5 stars Wonderful, important book.
Reviewed in Australia on 28 December 2014
Verified Purchase
I read a review of this book in the Breast Cancer magazine that I receive every 3 months.
Having just had DCIS myself (mastectomy nearly 4 months ago) I was particularly keen to read it. I am very glad I did.
I found the earlier part of the book that concentrates more on her cancer, her initial reactions and treatment options and choices very interesting. It reinforced to me that I made correct choices in treatment as well as the fact that my hospital experience in Melbourne was so much better.
However, as the title indicates, this book is much more than that. It follows Fiona's journey to not only beat the cancer but to understand herself and give some meaning to her life. To help her make better choices for her body and soul.
The book almost reads as a novel and I am sure it would interest most people, not just those who have had breast cancer.
My husband read it and enjoyed it as well.
It is well written and very easy to read.
I thoroughly recommend this book.

M L M
2.0 out of 5 stars One Experience of Breast Cancer
Reviewed in the United States on 12 September 2016
Verified Purchase
An unattributed blurb for this book accurately describes it as a “rollicking read”. From beginning to end it rollicks: it is boisterous, loud and ripping yet this style sits uncomfortably against the complexity of its subject matter. It is at the same time a book about an illness (breast cancer), the procedures of treatment, the tumult of the recovery process, and the author’s over-riding self-obsession with physical appearance of both herself and those who treat her. It also traverses the autobiography/memoir field of a woman’s sexual exploits as she moves between men as fiancé, partners, lovers, friends. The reasons why all these men ultimately left the relationship, usually after being found to be wanting, are examined through periods of therapy with George, drinking bouts with sympathetic friends and repetitive self-examination and justification. Underpinning this jumble of facets is an unpleasant current of the ‘mommy dearest’ genre, which often, as in this case, reflects more adversely on the character of the writer rather than the mother she seeks to discredit by innuendo and cutting remark. The very traits she denounces in her mother.

Evans employs as the title of her book a Ralph Waldo Emerson quote that she admits discovering on a tea towel in a Noosa tourist shop. Using Emerson’s words outside the context of his beliefs and idealism, as a founding American Transcendentalist speaker and writer on spiritual experience and ethical living, is to traduce a great philosopher and poet to a vacuous place. Evans told Bmag her chapter titles “had lots of input from friends over the course of many wines!” That is precisely the way the chapters read – a disjointed compilation of ideas from drinking friends.

A concerning absence from the book is any discussion of the ethical issues arising from such an unhappy diagnosis as breast cancer is. The author clearly says that she has three sisters yet there is no mention of her decisions of why she did/did not provide any of them with the facts of that diagnosis. Given the genetic aspect of female breast cancer this is a glaring omission.

I first read this book in 2015 and was saddened by what seemed to be a woman’s life bereft of stability or emotional depth in the face of illness and treatment of a very serious kind. I was left with questions of what benefit the author would gain from the exercise of writing and how could a reader in a similar situation profit by reading this book. I recently re-read the book to hopefully find answers. Regrettably no answers have been found.

The only positive contribution I can make for this author or potential readers in the same situation is to propose another work on the topic by Brenda Walker, an Australian woman slightly older than Fiona Evans, who experienced the same diagnosis and underwent similar treatments. I agree with acclaimed Irish writer Colm Tóibín who said of that book, “I was very moved by the book, very engaged by it … I must say, for anyone who's been ill or known anyone who's been ill, it's one of those books that you would give someone and say, ‘Just look at this,’ because there's a whole way that she treats time and treats herself and treats her family that I found really interesting and it really, really moved me. I was absolutely taken over by the book”.
Walker, B., 2010, Reading by Moonlight: How books saved a life, Penguin, Australia.
Read more
Report abuse
See all reviews
Back to top
Get to Know Us
Make Money with Us
Let Us Help You
And don't forget:
© 1996-2021, Amazon.com, Inc. or its affiliates