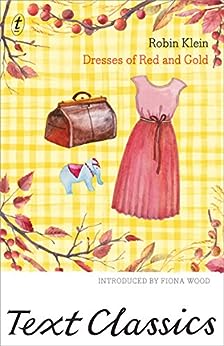 Introduced by Fiona Wood, this is the delightful second novel in the Melling Sisters Trilogy, following All in the Blue Unclouded Weather. --This text refers to the paperback edition.

Robin Klein was born in 1936 in Kempsey, New South Wales into a family of nine children. Leaving school at age 15, Klein worked several jobs before becoming established as a writer, having her first story published at age 16. She would go on to write more than 40 books, including Hating Alison Ashley (adapted into a feature film starring Delta Goodrem in 2005), Halfway Across the Galaxy and Turn Left (adapted into a television series for the Seven Network in 1992), and Came Back to Show You I Could Fly (adapted into a film directed by Richard Lowenstein in 1993). Klein's books are hugely celebrated, having won the CBCA Children's Book of the Year Award in both the Younger Readers and the Older Readers categories, as well as a Human Rights Award for Literature in 1989 for Came Back to Show You I Could Fly. Klein is widely considered one of Australia's most prolific and beloved YA authors. --This text refers to the paperback edition.