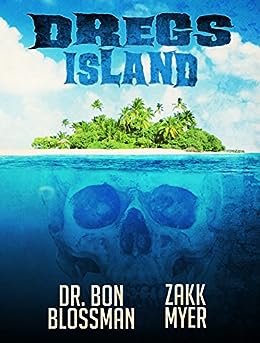 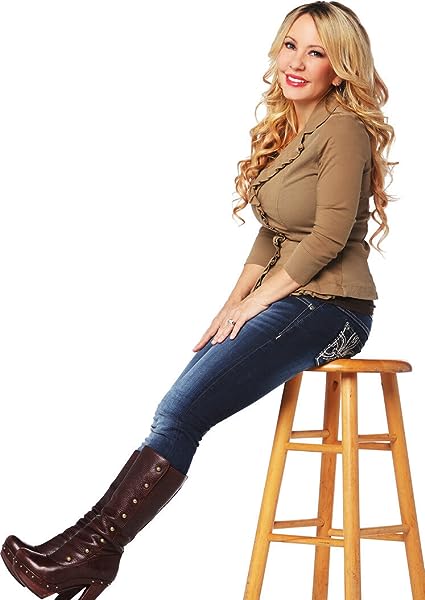 by Dr. Bon Blossman (Author), Zakk Myer (Author) Format: Kindle Edition
See all formats and editions
Sorry, there was a problem loading this page. Try again.
Seventeen-year-old Alex Cardin is falsely convicted of a felony. It is six years after President Gray's Prison Reform Act of 2026. Prisons have been shut down across the United States, and all felons must serve life sentences on isolated prison islands where escape is impossible, and rules of civility are obsolete. Alex is banished to Dregs Island and must rely on his sharp intuition, as nobody can be trusted. To survive, he must defeat the ruthless ruler of the island who was a legendary serial killer back on the mainland. Alex is forced to make decisions along the way that weigh survival against humankind and family against friendship.
Read more
Previous page
Next page

Known for both her academics and quirky charm, Dr. Bon Blossman has emerged in the entertainment industry as an exuberant television personality, author, and entrepreneur. Dr. Bon is best known for her role on four seasons of Style Network's hit series, Big Rich Texas, with the fourth season being a spin-off of her family surrounding the birth of her grandchild. Aside from Dr. Bon's role on BRT, she is also a thirteen-time novelist with the most recent release being A Book of Creeps &amp; Haunts with co-author, Zakk Myer. Dr. Bon is an award-winning author, having received multiple awards for the Fiona Frost Mystery Series, Dregs Island, The Noxhelm Murders, and Behind the Mirror (Book 1). Dr. Bon has also been involved in the commercial scene with her claymation in a Pepsi-Cola company commercial in 2007 and starring with her daughter in a Hasbro Games commercial in 2012.

Dr. Bon has earned her PhD in physiology and has published her research in multiple peer-reviewed journals. She also has served as an Ad Hoc Reviewer for the National Science Foundation, Royal Integrative Society and other scientific journals. She has taught courses, including Biochemistry, at the college level for over 19 years, earning an award for Fostering Student Achievement. Her most recent academic appointment was as an adjunct professor at The University of North Texas, teaching Biochemistry &amp; Parasitology.

Dr. Bon has authored over 100 popular games and in 2006, founded the #1 murder mystery party company My Mystery Party, which has risen to be a top source for party hosts around the world. From her extensive party hosting experience, Dr. Bon published The Official Party Host Handbook in 2011 and the Halloween Party Host Handbook in the summer of 2016.

Dr. Bon currently lives in the state capital of Texas and the live music capital of the world - Austin. In her spare time, she enjoys reading, spending time with family, filming projects, and playing video games.

Dr. Bon's most recent project is the short film, Dinner is Served, which won Best Horror Short in the Hollywood Blvd Film Festival and a Bronze Award in Spotlight Film Festival. She served as the film's writer, producer, and editor.

4.2 out of 5 stars
4.2 out of 5
59 global ratings
How are ratings calculated?
To calculate the overall star rating and percentage breakdown by star, we don’t use a simple average. Instead, our system considers things like how recent a review is and if the reviewer bought the item on Amazon. It also analyses reviews to verify trustworthiness.

Donna K. Graham
5.0 out of 5 stars Books
Reviewed in the United States on 12 January 2020
Verified Purchase
My grandson has enjoyed this book. It arrived in perfect condition.
Read more
4 people found this helpful
Report abuse

Amazon Customer
5.0 out of 5 stars Great book for my teenage son
Reviewed in the United States on 14 August 2020
Verified Purchase
I have a son who hates reading. He was quickly invested in the characters and really enjoyed reading this book. It brought up some interesting talking points, too. Would recommend.
Read more
Report abuse

Danny
5.0 out of 5 stars Easy read
Reviewed in the United States on 18 October 2021
Verified Purchase
This book keeps you guessing what will happen next. And it is believable with characters that are human and without super powers.
Read more
One person found this helpful
Report abuse

Dana
5.0 out of 5 stars Must Read
Reviewed in the United States on 11 September 2017
Verified Purchase
This is definitely a must read, it is a real page turner. This book is an easy read and keeps you on your toes. I read it on my way to New Mexico from Texas and it made the car ride much more enjoyable. This book will keep you wanting more and it is great for all ages. Dr. Blossman and her son Zakk Myers really outdid themselves.
Read more
4 people found this helpful
Report abuse

John Dixon
5.0 out of 5 stars Highly recommend this book
Reviewed in the United States on 7 July 2017
Verified Purchase
Couldn't put this one down! Wow! Highly recommend this book!
Read more
3 people found this helpful
Report abuse
See all reviews
Back to top
Get to Know Us
Make Money with Us
Let Us Help You
And don't forget:
© 1996-2022, Amazon.com, Inc. or its affiliates