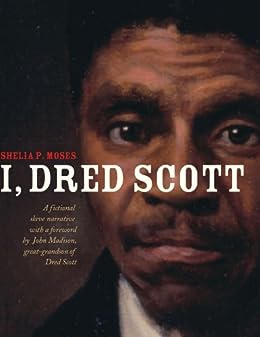 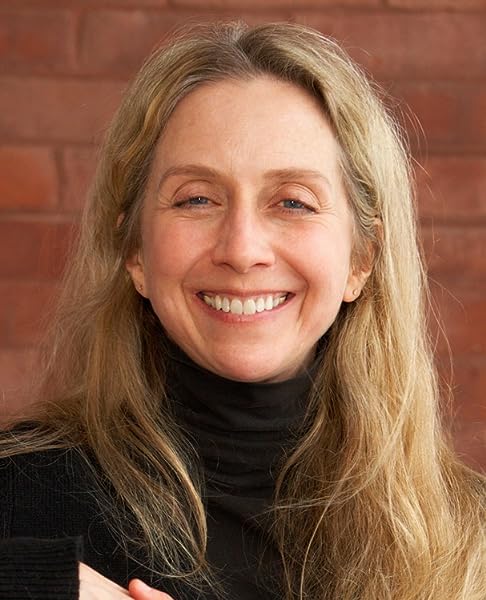 I, Dred Scott: A Fictional Slave Narrative Based on the Life and Legal Precedent of Dred Scott Kindle Edition

From 1846 to 1857, Dred Scott tried to get courts to recognize his right to freedom. His lawyers argued that since he had spent considerable time in free states he ought to be free, according to the Missouri Compromise. Lower courts went back and forth in a series of cases and appeals, and in 1857, in Scott v. Sanford, Supreme Court Justice Roger Taney read a 50-page, two-hour decision stating that African-Americans were not citizens and had no rights. Dred Scott remained a slave until a new owner granted him his freedom shortly thereafter. Moses's fictional slave narrative is an important work that gives voice to a pivotal American, whose case edged the nation closer to war. However, Scott's narrative voice seems disembodied; there's too little character development and historical context to make Dred Scott seem like a real person. Much is told, but there's no drama in the telling. Christensen's illustrations aptly complement the text, and the foreword by the great-grandson of Dred Scott will remind readers of Dred Scott's legacy. (author's note, the impact of the decision, chronology, bibliography) (Fiction. 10-14) (Kirkus Reviews) --This text refers to an alternate kindle_edition edition.

Poet, author, playwright, and producer Shelia P. Moses was raised the ninth of ten children on Rehobeth Road in Rich Square, North Carolina. She is the coauthor of Dick Gregory's memoir, Callus on My Soul, as well as the award-winning author of several books for young readers: The Legend of Buddy Bush; The Return of Buddy Bush; I, Dred Scott: A Fictional Slave Narrative Based on the Life and Legal Precedent of Dred Scott; and The Baptism. Shelia lives in Atlanta, Georgia.

Bonnie Christensen (1951-2015) was an author and illustrator best known for her biographies and other nonfiction works for children and young adults. --This text refers to the paperback edition.

M. Higgins
5.0 out of 5 stars I Hope Other Teachers Will Use this book -- We need more like it!
Reviewed in the United States on 20 July 2005
Verified Purchase
This book is prefaced with a touching forward by a great-grandson [John Madison Jr.] of Dred Scott. He sets up the reader beautifully for Shelia Moses' attempt to humanize the man behind the landmark Supreme Court case of the 1850s which denied Scot's humanity and that of all blacks. I agreed with Mr. Madison's opening concern "How would Shelia Moses write about [Scott, his wife and children] and tell their story? It occurred to me later that how she did it was not as important as simply telling his story..."

This story is simply told, and short--eighty pages of fairly large type--and yet rich with detail and information. Those who aren't familiar with him will learn that Scott was a slave who was taken to several free-states by his master, an army doctor, in the 1840s. In the 1850s, sympathic lawyers argued in countless cases, leading all the way up to the Supreme Court, that Scott should be a free man. When Justice Taney and the Supreme Court ruled against Scott, the nation, already embroiled in the slavery debate, was further polarized as it raced toward war. Although told through the first-person voice, I found Dred Scott remained distant and unknown in this book. That's not exactly a criticism. Perhaps Ms. Moses trusts her readers enough to leave us some of the hard work of trying to understand another human being and make meaning of their life for ourselves. I deeply appreciated that she does not project herself into Scott or shackle him with modern sensibilities and agendas as so many writers of adolescent historical fiction do. Through Moses' pen the reader really does feel that are listening to Scott himself-who I imagine was an unassuming man not prone to deep, emotional disclosure.

As a middle school history teacher I am always searching for (and, sadly, rarely finding) quality material which will bring history alive for my students and help them get into someone else's head. I plan to use this book as an anchor for our study of slavery. I think Julius Lester's sledge-hammer compilation of true slaves rememberances, To Be A Slave, would compliment this work nicely. Frederick Douglass autobiography would also be appropriate. I know Douglass should trump I Dred Scott but I'm going with this because of it's readability.

On the cover of this book is a painting in which Dred Scott peers out at us with a somewhat vacant but dignified gaze. His eyes seem to be inviting us to pause and look back and try to glimpse into his soul. The book, like the painting, does that for me.

John Madison Jr's preface ends with the appeal, "I hope that people all over the world will read and love the characters to which Shelia Moses has given so much love. I hope you will finish this book knowing that Dred Scott was different from the court ruling that said he was only one-fourth of a man. He was my great-grandfather-and the start of our legacy."

**I'll add student's reactions to this review after I try it with them.
Read more
7 people found this helpful
Report abuse

Royce Andrew Ratterman
4.0 out of 5 stars A Fictional Reinactment
Reviewed in the United States on 17 June 2015
Verified Purchase
A good read to add to your other factual and fiction accounts when/if researching this era's history of the global slave trade.
Read more
Report abuse
See all reviews
Back to top
Get to Know Us
Make Money with Us
Let Us Help You
And don't forget:
© 1996-2021, Amazon.com, Inc. or its affiliates