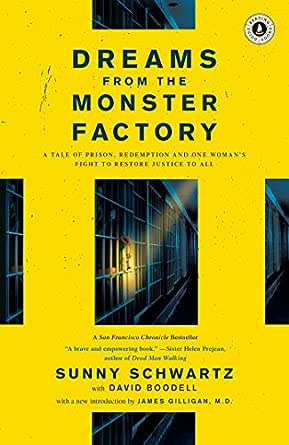 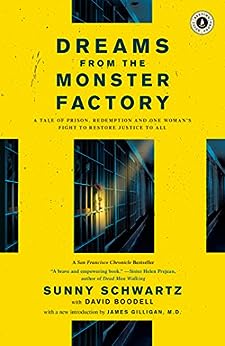 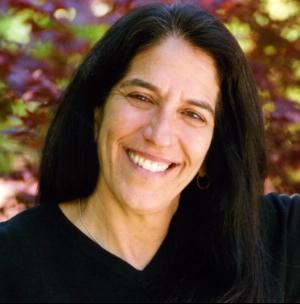 Dreams from the Monster Factory: A Tale of Prison, Redemption, and One Woman's Fight to Restore Justice to All Kindle Edition

Dreams from the Monster Factory is as gritty as the halls of the San Francisco jail in which it takes place. But rather than being filled with despair and violence, Sunny Schwartz's story is marked by hope and respect. It is truly breathtaking to read about the transformation of the jails that Sunny has led. Putting the principles of restorative justice to work at ground zero of the crime culture, Sunny and her team have created a space where hardened criminals can realize their better selves and begin giving back to the community that they have heretofore only taken from. -- Pat Nolan, vice president of Prison Fellowship

A powerfully honest and revealing glimpse into a little-known world. Ms. Schwartz captivates the reader with her clear-eyed belief that even violent offenders can change. Her work shows that violent behavior is a choice and our communities can be stronger if each of us -- victims, offenders, citizens -- better understands why we act the way we do. As a survivor of violent crime, I respect Ms. Schwartz's insistence that the penal system is not working. I admire her willingness to follow her heart toward a vision that will make a difference. -- Trisha Meili, author of I Am the Central Park Jogger: A Story of Hope and Possibility

I couldn't put this book down. This is to the world of prisons and rehabilitation what Dead Man Walking is to the death penalty. It's gritty and real, simple yet revolutionary, hopeful but realistic. It isn't all happy endings, but there is vision combined with experience that suggests a way out of the morass our society is in. Dreams, yes, but not fantasies. -- Howard Zehr, professor of restorative justice at the Center for Justice and Peacebuilding, Eastern Mennonite University, and author of Changing Lenses

Personal and provocative, Sunny Schwartz's book demanded my wide-eyed attention. Schwartz confronts our skepticism of the prison system and its ability to prevent violence with gripping and authentic stories from her life and her work on a visionary program in the San Francisco jails that has actually reduced recidivism rates for violent crimes. Dreams from the Monster Factory is an inspiring story about justice and forgiveness. -- Terrie M. Williams, author of Black Pain: It Just Looks Like We're Not Hurting

Sunny Schwartz understands accountability, kindness and forgiveness. In her brave and empowering book about people's ability to change, she tells the story of her life and her work with people who are often detested, feared or forgotten and explains how restorative justice can transform these criminals, their victims and our communities. -- Sister Helen Prejean, author of Dead Man Walking --This text refers to an alternate kindle_edition edition.

Sunny Schwartz is a twenty-seven-year veteran of the criminal justice system who speaks nationally about the sheriff's innovative in-jail programs, the establishment of the first charter high school in the nation for incarcerated adults, and the successes of restorative justice through the Resolve to Stop the Violence Project (RSVP). Her program was the recipient of the prestigious Innovations in Government Award, sponsored by the John F. Kennedy School of Government at Harvard University. She lives in San Francisco with her partner, Lauren, and their daughter, Ella. Visit her Web site at www.sunnyschwartz.com.

David Boodell is a writer, television producer and director who has worked with A&E, the History Channel, Discovery, and other networks. He lives in Los Angeles with his wife, Liesl, and their dog, Murphy. --This text refers to an alternate kindle_edition edition.

Rebecca Morgan | Lawyer In The Making
5.0 out of 5 stars Amazing, informative and really gets you thinking!
Reviewed in the United Kingdom on 6 September 2015
Verified Purchase
Initially bought this book whilst I was on a day trip to Alcatraz but it melted a bit when I got to Las Vegas - so bought it again on here!

Amazing book, well written, and I didn't want to put it down!

j's view
3.0 out of 5 stars Good Introduction to Restorative Justice Principles
Reviewed in Canada on 2 March 2016
Verified Purchase
I wanted to enjoy this book more. I guess for those who have never heard of Restorative Justice or who know nothing about effective rehabilitation programs it would be a great read. I disliked the tone of the book and I thought it would have been better if more about the RSVP program was included. I did enjoy the anecdotes about the various participants.
Read more
Report abuse

W. C. Mann Jr.
5.0 out of 5 stars Inspiring and frustrating
Reviewed in the United States on 12 July 2017
Verified Purchase
Whether you believe in helping those in the prison system or just want to do something about violent crime, Sunny Schwartz makes a strong case that the current system doesn't work and an even stronger one that there is a viable alternative. Great read.
Read more
One person found this helpful
Report abuse

Molly Keene
5.0 out of 5 stars Prisoner approved
Reviewed in the United States on 30 June 2016
Verified Purchase
I sent this to a friend who is currently serving time and fed up with the lack of rehabilitation available - and what is available is so ineffective it's disgusting. He loved the approach this author took and is now set and determined to mimic a very similar program within the facility he will be for the next 10.
Read more
2 people found this helpful
Report abuse
See all reviews
Back to top
Get to Know Us
Make Money with Us
Let Us Help You
And don't forget:
© 1996-2021, Amazon.com, Inc. or its affiliates