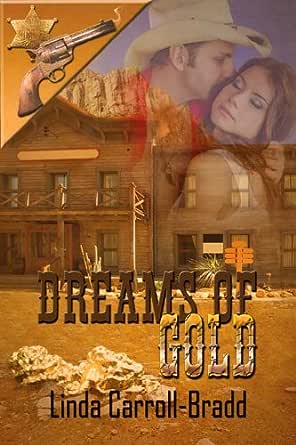 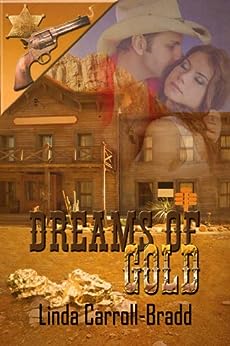 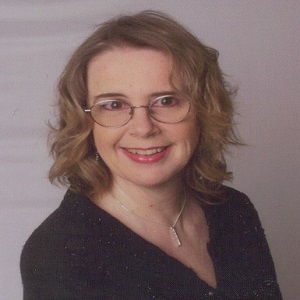 Amazon Customer
4.0 out of 5 stars Enjoyable short read!
Reviewed in the United Kingdom on 8 March 2013
Verified Purchase
Ciara has come to Wyoming in search of her father she has never met after the death of her grandparents and mother back East. On her way to Wyoming the Stage is robbed and a man in taken along with the valuables from the stage. Ciara is an independent, forward - thinking woman who doesn't want her future dictated to her by having to marry in order to have a life.

Quinn is the Sheriff of the small town in Wyoming and he has had a hard enough time trying to get the town to settle after the mining scandal that has taken place where most people have been swindled of their life savings including Quinn's parents. The person responsible for the scheme is Mulcahy which may or may not be Ciara's father?

Quinn and Ciara are drawn to each other straight away, but will the events around them drive them apart or will they find each other?

Dp Gander
3.0 out of 5 stars It was a nice read
Reviewed in the United Kingdom on 21 October 2013
Verified Purchase
It was a nice story to read whilst lying on the beach. Predictable ending but there was no where else for the story to go
Read more
Report abuse

Yotafura
3.0 out of 5 stars Started well, then went downhill
Reviewed in the United States on 7 July 2013
Verified Purchase
Let me start telling you this is not a terrible book, but still...'not being terrible' does not equal good. And the current price is not something I would pay for what I read (thankfully, I got it for free during a bargain).

I think the first chapter was the best, the introductions to the characters were *really* nice and well done, if a bit cheesy at moment, not that it was a bad thing...! Then it just went bad, really fast. While the initial chapters seem to be setting us up for a nice plot and a mastery, ultimately we are lead to several false starts (the typical moments where we are introduced to new information or character or aspects of already introduced characters that ultimately are just abandoned without any explanation)... Only this happens several times. And when you think about it, there's no actual plot for this book, there is a very vague idea that ultimately gets resolved without the heroes actions being of much influence and 90% of the book is shown as the sheriff battling his inst-attraction to the heroine for thinly hinted at reasons (that we ultimately fail to ever find out) both of them talking to each other and both heroes running around the town waiting for something to happen because unfortunately the plot never gives them enough of a start to actually have a clear idea of what to do.

*SOME SPOILERS BELOW THIS*

And honestly? I think the author was trying too hard to give us a too modern heroine. I honestly loved her at the start where she was shown to be a lady that could do what was necessary if it came down to that...

Then she also knows how to read Tarot- Oh, ok, this will be relevant to the plot, I'm sure-

Oh, and she knows herbal medicine? That's, cool I guess, this will be used at some point during the plot development right?

AND she's a suffragette preaching the free woman word...! o-oh, I guess that's...cool? Wow, this little town women sure are taking these radical ideas really well after only one speech..! THIS has to be important to the plot right?' I sure hope so, because there's only like 10% left of this book and I bet at least 2% is advertisements...

Nope. Not gonna happen. And it's a pity because both the hero and the heroine could have been so much more...!
Read more
2 people found this helpful
Report abuse

Critical Eye
4.0 out of 5 stars An Evening's Golden Read
Reviewed in the United States on 6 June 2013
Verified Purchase
Ciara Morrissey is a tantalizing little thing, appearing more delicate than she actually is. When Sheriff Quinn Riley comes to her rescue, it slowly evolves that the feisty little creature has more to her than meets the eye. She seeks to encounter the father she never knew while the sheriff seeks the man who hoodwinked almost everyone in town, including the sheriff's own parents. Not only that, but Miss Morrissey is a suffragist, with beliefs with which the sheriff's own mother identifies.
Carroll-Bradd unravels this plot in a well-paced novella with both great imagery and well-drawn characterization. With such evocative phrases as "nature brewed to spit out a thunderous storm" and "a grifter and card sharp with a slippery Irish tongue" the author draws us straight in to 1871 Wyoming Territory's setting and the band of people who lived in those wild times. This is a fast-paced novella, a romance which, while we know the happy ending is coming, we are left guessing as to how the two protagonists are going to get there.
Big thumbs up!
Read more
Report abuse

Jenny35
5.0 out of 5 stars Dreams of Gold a golden story
Reviewed in the United States on 25 March 2013
Verified Purchase
When Sheriff Quinn Riley stops a runaway stagecoach and rescues Ciara, a young Bostonian struggling to control the horses, he has no clue how much his concept of womanhood will be challenged by this seemingly delicate woman.

In this entertaining and well-crafted Western romance, Carroll-Bradd immediately draws us into the story. Bull City in Wyoming Territory and its characters become real as the love story of Quinn and Ciara gently unfolds. All of this occurs against the backdrop of a mystery that needs to be solved so justice might be served.

I highly recommend it to those who love historical Western romance.
Read more
2 people found this helpful
Report abuse
See all reviews
Get FREE delivery with Amazon Prime
Prime members enjoy FREE Delivery and exclusive access to movies, TV shows, music, Kindle e-books, Twitch Prime, and more.
> Get Started
Back to top
Get to Know Us
Make Money with Us
Let Us Help You
And don't forget:
© 1996-2020, Amazon.com, Inc. or its affiliates