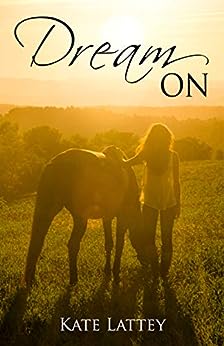 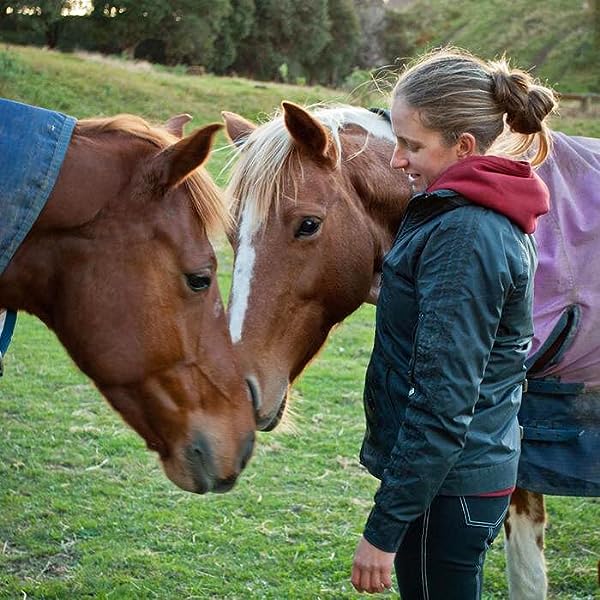 Kate Lattey lives in Foxton, New Zealand and started riding at the age of 10. She was lucky enough to get her first pony two years later, and went on to compete regularly as a teenager before heading to university and attaining a degree in English and Media Studies.

In the years since, Kate has never been far from horses, and has worked in various jobs including as a livery yard groom in England, a trekking guide in Ireland, running a riding school in New Zealand, and spending five wonderful summers in the USA as a camp counsellor at Road's End Farm, NH. During her time there Kate wrote several short stories about the farm's horses, which were a huge hit with the campers.

Kate has been reading and writing pony stories ever since she can remember, and loves being able to share them with readers from all over the world.

Marls
5.0 out of 5 stars Heartwarming Story
Reviewed in Australia on 28 April 2021
Verified Purchase
As in book one, I love the characters, the ups and downs of their lives, but most of all I love the way the author describes the true meaning of love for a horse.
Read more
Helpful
Report abuse
See all reviews

KaS
5.0 out of 5 stars Dare to dream on...
Reviewed in the United Kingdom on 29 November 2014
Verified Purchase
I had mentally prepared myself for disappointment before reading this story, almost certain that it couldn't live up to Dare to Dream. Yet I couldn't wait to read it. So much so, that I abandoned my morning run today and curled up in the front room with a cat and Dream On uploaded onto my kindle and steadily read through the whole book. Sadly, it didn't equal Dare to Dream.

It outshone it. For me, the story lines aren't quite as plausible as the ones in the first book, but the way it was written tore at my heart........and the epilogue!!! I had a lump in my throat reading the final pages, and I'm not particularly emotional when it comes to books. Unless you count The Silence Of The Lambs, which made me cry. But that was through fear; I was half-way through it, it was a dark night, my dad kept doing these really loud sudden snores next door which kept startling the life out of me, and I was only in my early teens at the time. Anyway, I digress. I now have all these thoughts running through my mind that I didn't have before starting to read this and it has thoroughly put me off continuing work on my own book today as my focus has been lost!!!

AJM
5.0 out of 5 stars Deliciously enjoyable!
Reviewed in the United Kingdom on 22 January 2015
Verified Purchase
Dare to Dream was a hard act to follow, but as soon as I dived into the first chapter of Dream On I was drawn straight back into the lives of Marley, Van and Kris Carmichael.
Marley is now riding for Laura and has three sleek ponies to bring on, but it's not enough to distract her from the heartbreak of losing her superstar pinto pony Cruise.
Cruise's sale has enabled the sisters to pay off their mortgage, but it's still a struggle to pay the bills and they decide to take in a lodger. Seamus has a big impact on their lives, as does the enigmatic Jake, the 16-year-old stepbrother of Van's boyfriend Mike.
And things shift again when the girls offer sanctuary to Borderline Majestic. The damaged mare needs every ounce of Marley's love and patience if she is to thrive.
Once again Kate Lattey's characters are convincing and engaging, and the storyline kept me hooked from the first page to the very satisfying epilogue. A deliciously enjoyable read.
Read more
Report abuse

the ferryman
5.0 out of 5 stars as I so enjoyed Dare to Dream
Reviewed in the United Kingdom on 3 January 2015
Verified Purchase
I was looking forward to reading this, as I so enjoyed Dare to Dream. I was a bit worried it wouldn't live up to the first book but it most certainly did. I loved every moment of it and it kept me page-turning until the early hours. Kate Lattey is a wonderful find for me. She really knows her stuff when it comes to horses and her story lines are just brilliant. Her books and her characters are real. You live every moment with them. I will miss Marley and her family as she seems to have become one of my own.
Read more
One person found this helpful
Report abuse

Unknown
5.0 out of 5 stars Great book
Reviewed in the United Kingdom on 19 April 2018
Verified Purchase
I really enjoyed this book although at one point it made me cry. I hope she writes some more books like this one soon.
Read more
Report abuse

horse lover
5.0 out of 5 stars Amazing!
Reviewed in the United Kingdom on 8 December 2014
Verified Purchase
I felt really happy after the end of the book. READ THE EPILOGUE. There is a wonderful surprise. It is NOT a waste of money. ITS AMAZING!!!!!
Read more
One person found this helpful
Report abuse
See all reviews
Back to top
Get to Know Us
Make Money with Us
Let Us Help You
And don't forget:
© 1996-2021, Amazon.com, Inc. or its affiliates