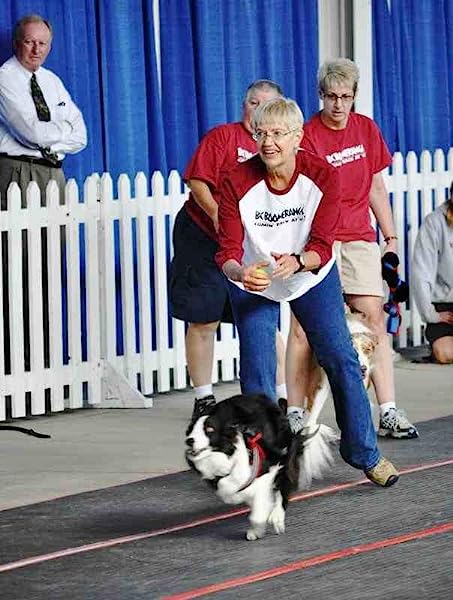 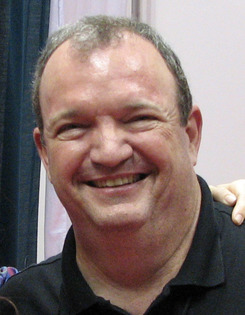 Page 1 of 1 Start overPage 1 of 1
This shopping feature will continue to load items when the Enter key is pressed. In order to navigate out of this carousel please use your heading shortcut key to navigate to the next or previous heading.
Back
Next
Start reading Dragons of Winter Night (Dragonlance Chronicles Book 2) on your Kindle in under a minute.

4.7 out of 5 stars
4.7 out of 5
752 global ratings
How are ratings calculated?
To calculate the overall star rating and percentage breakdown by star, we don’t use a simple average. Instead, our system considers things like how recent a review is and if the reviewer bought the item on Amazon. It also analyses reviews to verify trustworthiness.

Greggorio!
TOP 100 REVIEWER
5.0 out of 5 stars ITS ALL SO UNFORGETTABLY COMPELLING!!!
Reviewed in Australia on 18 March 2018
Verified Purchase
THE SECOND VOLUME OF THIS MUCH ADORED FANTASY SERIES doesnt continue directly on from the end of book one. I must admit to finding this fact more than a little disconcerting, but then the story gets out of first gear, the characters are re-united, and the fun begins.

Krynn is still at war. The draconian army is back, causing more death, destruction and havoc than ever before and we get to see and learn more of their military bureaucracy. We obviously also learn more of the geography of Krynn but its the characters from the opening volume that dominate our hearts, our minds and our souls in this tale, and probably will do so forever.

New characters are introduced to the legend (pun intended) here and initially we dont know what to make of them, but by book’s end we surely do. Character development is an important part of any novel, in particular fantasy stories, and some of our beloved characters grow and evolve whilst some dont. Some characters disappear entirely from the book’s storyline (don’t worry, they are still alive) and whilst you think you might miss them, you dont. That is because the action gets up to full speed with the story’s war time action and you are so invested into the drama that you forget all about the missing characters taking a rest off stage that it doesnt matter.

Whole new species are introduced as well, and they damn near steal the show. Yes, folks, I amtalking about those adorably gorgeous gnomes, who live and worship the geographic miracle they refer to as Mount Nevermind. No thats not the full and proper name for it, but there’s no room for me to include it here in my review so i will let you discover that literary jewel for yourself. And quality humour makes a surprisingly welcome entry into the Dragonlane Legend with some laugh out loud moments, including of course the reference to Mount Nevermind itself. Take a look at Kindle Location (KL) 5574 for an example, as well as KL3389. LOL to the power of all things LOL-able.

There are some traditional fantasy, epic, goosebump generating moments, too, such as the discovery of Huma’s tomb, the secret of the creation of the fabled Dragonlance weapon, who makes it, and how. Plus of course Alhana’s starjewel, its emotional connection to the party and its magical powers, also revealed right at the story’s end. And speaking of which, I have literally just finished the book and i find my heart bereft at the loss of a major character. Obviously I cant say who or what in my review but the event in question contributes to form a stunning end to one of the most enjoyable fantasy stories I have ever read. I always thought Dragonlance novels were for the younger generation, written to encourage readers to see how their minds and imaginations fare in a fantasy environment. And whilst that is no doubt true, the stories are also written for the more mature audience who is able to appreciate and integrate their own life times of adventure, love, friendship and death into the world of Krynn into a much more tangible experience. And of course the more you put onto the table of life, the more you risk losing.

So in closing, i hereby award DRAGONS OF WINTER NIGHT an obvious and easy five stars. Its far superior to book one on many levels, but it’s mainly the emotional attachment you have to the characters that we have grown to love and the risks they face as they stand up to evil in the act of protecting what they hold dear that makes it all so unforgettably compelling.

tourke
5.0 out of 5 stars Exactly what a fantasy novel should be.
Reviewed in Australia on 31 July 2019
Verified Purchase
Absolutely timeless. I first read this as a 10-year-old and it's still good at 30! Yes, the story is sometimes very suggestable/predictable in where it's taking you, and the hints are not so subtle, but it doesn't matter. The characters are both relatable and likeable; none of them are perfect; they all have their inner demons to contend with. There's just the right balance of darkness, humour, magic, and social drama. The quests and storylines are great. If you fancy yourself a literature buff, it probably isn't for you - but if you like great story-telling, then the Dragonlance Chronicles are the absolute best. Winter Night is perhaps the best book in the series. If you've read it before, pick it up again, it won't disappoint. If you have never read it, you're in for a treat!
Read more
Helpful
Comment Report abuse

Amazon Customer
4.0 out of 5 stars Good Read
Reviewed in the United Kingdom on 26 July 2017
Verified Purchase
This was a return to the author. Read her books many years ago and loved them. I had gotten rid off my paperbacks and decided to have them in my digital library . The ending is quite sad and I missed reading more about Raistlin. However, the story flows well and keeps you engaged. I was not as entranced with the storyline as I was before. I found it faily easy to put the book down whereas before I could not stop reading...
Read more
One person found this helpful
Report abuse

Average Joe
5.0 out of 5 stars Original D&D
Reviewed in the United Kingdom on 5 January 2020
Verified Purchase
Part of the series that started me into the world of D&D when I was a child. Still beloved today.
Read more
One person found this helpful
Report abuse

BlueSkinBlake
3.0 out of 5 stars Great if you aren't expecting Raymond Carver!
Reviewed in the United Kingdom on 1 October 2017
Verified Purchase
It was lovely to return to this story after about 20 - odd years. I bought them for a beach holiday. I didn't want anything to "worthy" I just wanted to be entertained. With that in mind that is what these books are, romantic entertainment with a plot that has more holes in it than a block of Swiss cheese and at times the characters become very two dimensional and transperant. If you can can ignore that then it's just an escape and a great prelude to the other series - Time of the Twins.
Read more
One person found this helpful
Report abuse

Simon
5.0 out of 5 stars Great fantasy
Reviewed in the United Kingdom on 10 June 2018
Verified Purchase
Absolutely love this book back from my teenage years. Still a great fantasy read.
Read more
Report abuse

Simon R
4.0 out of 5 stars Fun to read, not too deep
Reviewed in the United Kingdom on 20 January 2015
Verified Purchase
Very enjoyable, light reading - not too deep or challenging, very entertaining.

If you are like me and played Dungeons & Dragons (or AD&D) as a child, you will enjoy this series as it creates a credible story and charcterisation around the AD&D system.

But really, it's just a nod to that, the adventure and back story is fun and interesting in this well-written book.
Read more
Report abuse
See all reviews
Get FREE delivery with Amazon Prime
Prime members enjoy FREE Delivery and exclusive access to movies, TV shows, music, Kindle e-books, Twitch Prime, and more.
> Get Started
Back to top
Get to Know Us
Make Money with Us
Let Us Help You
And don't forget:
© 1996-2020, Amazon.com, Inc. or its affiliates