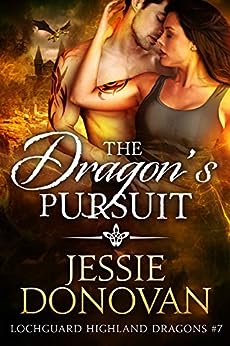 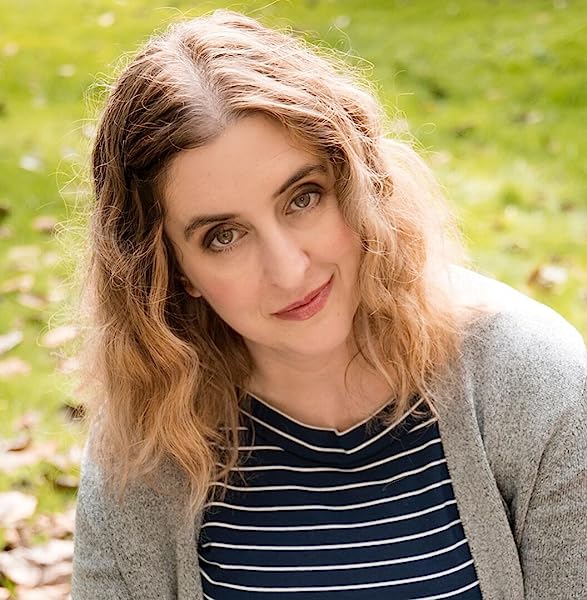 by Jessie Donovan (Author), Hot Tree Editing (Editor) Format: Kindle Edition
Book 7 of 10: Lochguard Highland Dragons
See all formats and editions
Sorry, there was a problem loading this page. Try again.
When Dr. Layla MacFie realizes someone is stealing much-needed medical supplies, she doesn't know who to trust inside her surgery. Determined to find the culprit herself, she reaches out to Lochguard's electrician, Chase, who just happens to be the younger male who's been trying to woo her for months. But since there's no one else to help install the security cameras, she can't avoid him any longer and ends up being alone with him far more than she wants. If only the life of a dragon-shifter doctor wasn't so complicated, she would be tempted to give in and sleep with the male.

Chase McFarland has known for the last two years, ever since the day after his twentieth birthday, that Layla is his true mate. While he tried to resist his dragon's badgering, it didn't take long for Chase to realize how amazing Layla is and that he wants to take care of and claim her for himself. His initial attempts to win her all fail, but when she asks for his help with a secret project, he decides to change tactics and prove he's a worthy male. The more time they spend together, the more Layla gives in, until he's ready to tell her the truth and face the consequences.

As the pair dance around each other and discover each other’s secrets, they find out who the thief is and must decide what to do. Will Chase finally be able to prove he's mature enough for the much older Layla, or will she forever be chained to her work and deny what both she and her dragon crave?
Read more
Previous page
Next page

Kindle Paperwhite
The best device for reading, full stop. Learn more
Next 4 for you in this series See full series
$27.96 includes tax, if applicable
Sold by: Amazon Australia Services, Inc.

Sign up for Jessie's newsletter and never miss a release or special: https://jessiedonovan.com/newsletter/

Jessie Donovan has sold over half a million books, has given away hundreds of thousands more to readers for free, and has even hit the NY Times and USA Today bestseller lists. She is best known for her dragon-shifter series, but also writes about elemental fae magic, alien warriors, and even has a crazy romantic comedy series set in Scotland. When not reading a book, attempting to tame her yard, or traipsing around some foreign country on a shoestring, she can often be found interacting with her readers on Facebook. She lives near Seattle, where, yes, it rains a lot but it also makes everything green.

PS--She's often accused of being a man for her steamy scenes, which highly amuses her. Love can be a little dirty, too, and she wholeheartedly embraces that.

4.8 out of 5 stars
4.8 out of 5
311 global ratings
How are ratings calculated?
To calculate the overall star rating and percentage breakdown by star, we don’t use a simple average. Instead, our system considers things like how recent a review is and if the reviewer bought the item on Amazon. It also analyses reviews to verify trustworthiness.

Natasha Porter
4.0 out of 5 stars The dragons pursuit
Reviewed in Australia on 24 January 2020
I am an arc reader and freely reviewing this book.

This book is about Layla Macfie who is Lochguards doctor who needs help solving a problem and the only person that can help her is the electrician Chase. The only problem is he is showing her to much attention and she just doesn’t have the time for it a relationship or a fling.

Chase has known for the last 2years that Layla is his true mate but he has to control himself and show her that he is patient and worth her time. This is his opportunity to show her how well they could work together his just has to work had to make her feel like she can trust and rely on him.

This book has some great characters and I really loved Layla and what she has had to go through to be where she was. I have to admit though that I wasn’t to much of a fan of chase and I felt like Layla would have been better suited to someone in a similar field to her so they could help her more. I also felt like chase was a bit to needy for her when she was such a powerful character.

Ms. Theresa M. Derwin
5.0 out of 5 stars A wonderful Chase for Love
Reviewed in the United Kingdom on 8 March 2020
Verified Purchase
I’ve been waiting for this story for quite a while.
Chase, a young dragon shifter, early twenties, had been ‘chasing’ doctor dragon shifter Layla for two years, since he reached maturity and realised she was his true mate.
So, when medical supplies start going missing, he jumps in to install cameras and investigate - and the missing supplies are linked to Layla’s own life.
I loved that Layla was mid thirties and older than Chase, I loved the humour, the romance and an intriguing link to another group of dragon shifters in Iraq that I hope we see more of.
Wonderful romantic fun and definitely one of my favourite books in the series.
Read more
Report abuse

Kindle Customer
5.0 out of 5 stars A Mystery, Revealed and Consequences
Reviewed in the United Kingdom on 23 January 2020
Verified Purchase
Doctor Layla McFie had become head and only doctor when her mentor and friend, Gregor had moved to Stonefire after marrying Dr Sid Cassidy Jackson.

Chase McFarland had realized that Layla is his fated mate a couple of years earlier. Now an electrician, Layla asks him for a favour. Medication is going missing and she wants answers. Chase sets up cameras and the culprit is revealed.

Add an ill relatives, an Iranian dragon clan, and an unexpected collapse, plus additional family members before all becomes clear. A great read with twists and turns. Can't wait for the next story.
Read more
Report abuse

Kathryn Rowley
5.0 out of 5 stars The Dragon's Pursuit
Reviewed in the United Kingdom on 24 January 2020
Verified Purchase
I receive a copy for my honest review of Jessie's book, but I also purchase them afterwards.

Dr Layla McFie is bothered by theft in her surgery.
Chase McFarland has been wanting Layla for over 2 years as she is his true mate.
Together they find out who has been stealing and also why!

Please read the book to find out what happens!
Read more
Report abuse

Kindle Customer
5.0 out of 5 stars Love the whole series
Reviewed in the United Kingdom on 6 February 2020
Verified Purchase
Fantastic as always with lots of brilliant characters in the book and just a generally lovely storyline what more do you need!!!
Read more
Report abuse