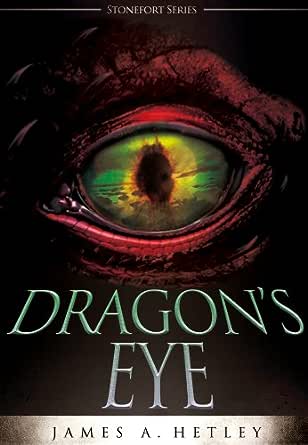 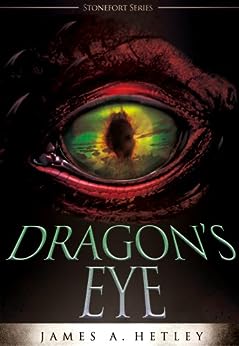 The Maine town of Stonefort is as tough as its name, and stuffed with the magics of water, wind, fire, stone, earth and wood, of Naskeag and Welsh and Norse, of human, bird, and beast. When local drug smugglers bring a Peruvian brujo to town, all the old equilibria are overturned. The Peruvian's grab for powers brings unlikely allies together, and brings up long-hidden truths about them and their relationships.

Hetley's characters come with grit and attitude, with history and plenty of other things to do than mess with all *this*. It's well worth getting to know them, and the hard magics they wrestle.

Bill Reich
4.0 out of 5 stars Read This One First
Reviewed in the United States on 21 March 2013
Verified Purchase
This is a very good contemporary fantasy set in the mythical land of Maine. The characters aren't ordinary moderns; many of them have powers greater than the normal. One of them doesn't _seem_ to be coming into his powers but the cause is, perhaps, too obvious to the reader and not a permanent difficulty. There are women and a house of women at the heart of the story but the male characters get a lot of time on stage as well.

There are three Stonefort books and I read the third one first because I had not found the others. This one sets the foundation and initiates the conflict. In the second ones the characters grow into the fullness and wonder of their powers. The second is probably the best. The third is worth reading but rather slight, especially as the characters are already grown into fullness.

This is a series review and the four start rating is a bit low; 4.5 would be more accurate.
Read more
Report abuse

Queen of Swords
4.0 out of 5 stars Different families, different magics
Reviewed in the United States on 12 March 2015
Verified Purchase
I enjoyed this book about three families -- two with centuries-old criminal backgrounds, two with magical backgrounds -- in a small town in Maine. When a South American sorcerer in the drug trade takes up with one of the families, the other two come together despite mutual distrust to guard the community.

In some ways it reminded me of a Charles DeLint story, with old magic -- both indigenous American and Old Country -- surviving into and quietly shaping lives in the modern world.
Read more
Report abuse

Bill Swears
4.0 out of 5 stars Selkies in modern America, sort of.
Reviewed in the United States on 13 June 2013
Verified Purchase
Sort of modern America, anyway. Hetley creates a vivid and rough hewn community in Stonefort, Maine. The folks of Stonefort have secrets of magic in a world that generally denies magic, yet the most powerful old families in Stonefort have traditions of piracy, magic use, and ignoring inconvenient laws that go back more generations than white America is prepared to believe. Characters are unique and the story rises naturally from stiffnecked clans with old connections, dragons, selkies, and old feuds. Highly recommended.
Read more
Report abuse

Bethany I. Schryburt
5.0 out of 5 stars Bringing Dragon Magic to the Maine Coast
Reviewed in the United States on 11 September 2013
Verified Purchase
Hetley reveals a vast knowledge of ancient magic, Gods, and witches with myth pulled out of Indian lore and a very creative mind. The women's house and women powered wells showed Hetley' s understanding of healers and women's spiritual powers. Each character was well developed and uniquely interesting. The vocabulary and references to Greek classics and ancient civilizations pushed my mind in the most delightful and entertaining way. My partner wanted to read this book, so I ordered it in paperback, along with three more of Hetley' s Stonefort Series books.
Read more
Report abuse
See all reviews
Get FREE delivery with Amazon Prime
Prime members enjoy FREE Delivery and exclusive access to movies, TV shows, music, Kindle e-books, Twitch Prime, and more.
> Get Started
Back to top
Get to Know Us
Make Money with Us
Let Us Help You
And don't forget:
© 1996-2020, Amazon.com, Inc. or its affiliates