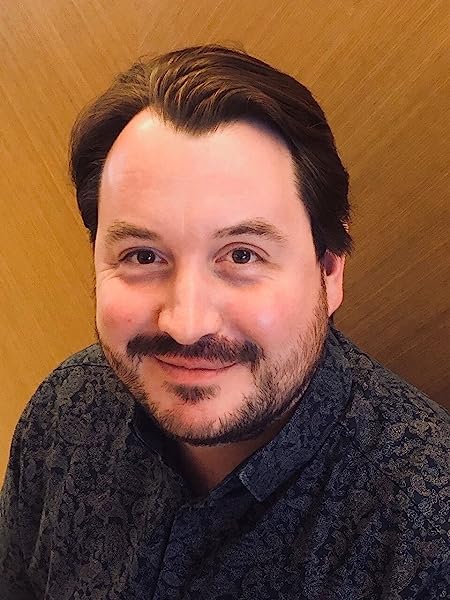 by J.S. Barnes (Author)
4.3 out of 5 stars 67 ratings
See all formats and editions
Sorry, there was a problem loading this page. Try again.

It has been some years since Jonathan and Mina Harker survived their ordeal in Transylvania and, vanquishing Count Dracula, returned to England to try and live ordinary lives. But shadows linger long in this world of blood feud and superstition ― and, the older their son Quincy gets, the deeper the shadows that lengthen at the heart of the Harkers' marriage. Jonathan has turned back to drink; Mina finds herself isolated inside the confines of her own family; Quincy himself struggles to live up to a family of such high renown. And when a gathering of old friends leads to unexpected tragedy, the very particular wounds in the heart of the Harkers' marriage are about to be exposed...

There is darkness both within the marriage and without ― for, while Jonathan and Mina wrestle with the right way to raise a child while still recovering from the trauma of their past lives, new evil is arising on the Continent. A naturalist is bringing a new species of bat back to London, two English gentlemen, on their separate tours of the continent, find a strange quixotic love for each other, and stumble into a calamity far worse than either has imagined, and the vestiges of something thought long-ago forgotten is, finally, beginning to stir...

This adventurous and dread-inducing tale will have readers hooked - Publishers Weekly "In style, story content, and characterization, Dracula's Child is truly the sequel to Bram Stoker's Dracula, succeeding where other, more famous attempts failed." - New York Journal of Books This novel is nestled perfectly within the popular pantheon of stories that use the frame and style of Stoker's classic to create original and entertaining stories that add to the lure and enjoyment of the source material. Hand to readers who liked Steven Hopstaken and Melissa Prusi's Stoker's Wilde or Lauren ­Owen's The Quick. - Library Journal 'Fiendishly plotted and full of sinister invention, Dracula's Child is both a loving homage to Stoker and a thoroughly modern re-imagining of the Count's undying menace' - Richard T Kelly, author of The Knives and The Possessions of Doctor Forest "A remarkable sequel to Bram Stoker's classic tale of vampiric horror" - The Frumious Consortium "What readers loved the most from Stoker's novel was the eerie atmosphere, the slow building tension, and the horror throughout... Barnes managed to weave in all of these elements and delivered a memorable follow-up to a classic." - Jessicamap Reviews "[A] thorough tribute to Bram Stoker's original, written in the style of Stoker's prose and imagining a continuation of the story this is a must-read for Dracula fans" - Den of Geek "Mirrors the gothic horror of Bram Stoker. Fans of the classic will love this entry in the mythos" - Girl Who Reads "A modern masterpiece of Gothic storytelling... The story is so captivating that it could've been written by Stoker himself" - Risingshadow "A satisfying story featuring the unsettling vibes and atmosphere that readers seeking a Dracula sequel will crave and expect" - The Bibliosanctum "The prose and style... immediately took me back twenty-five years to the first time I read Dracula" - Way Too Fantasy 'Bram Stoker's classic continues... It's just as dark, evocative, sensual, and horrific. A masterpiece.' - Horror Tree

Jonathan is the author of Dracula's Child and three other critically acclaimed novels: The Somnambulist, The Domino Men and Cannonbridge ("original and monumentally inventive" - Washington Post). He writes regularly for the Times Literary Supplement and the Literary Review and is the author of numerous adaptations of classic Victorian novels, including The Invisible Man (starring John Hurt) and Dracula (starring Mark Gatiss). He is married and lives on the fringes of London. Last year, he made a pilgrimage to Transylvania.
Start reading Dracula’s Child on your Kindle in under a minute.

david cuthbertson
4.0 out of 5 stars ITS A WORTHY FOLLOW UP TO DRAVULA
Reviewed in the United Kingdom on 30 October 2020
Verified Purchase
A GOOD STORY WHICH FOLLOWS THE ORIGINAL LETTERS/MEMOS FORMAT BUT KEEPS YOU ENTERTAINED..
THE ORIGINAL CHARACTERS ARE WELCOMED WITH A FEW NEW ONES....THE OMEN MEETS DRACULA
Read more
Report abuse
See all reviews
Back to top
Get to Know Us
Make Money with Us
Let Us Help You
And don't forget:
© 1996-2022, Amazon.com, Inc. or its affiliates