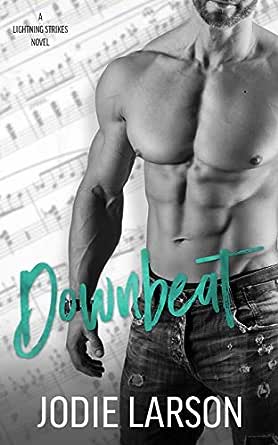 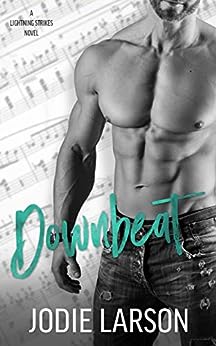 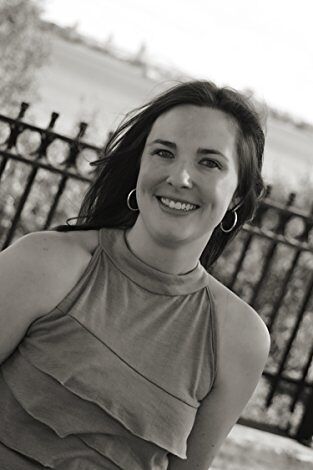 The characters are inviting and created with passion. The story line is intriguing, leaving you entertained until the very end.

Paxton had me from hello because well Rockstar drummer, duh! But he’s actually so much more than that. He’s sweet and kind, looking for love and happiness just like all his band mates have already found. When he catches sight of Kylie he’s on a mission to learn more about her and win over her heart.

Kylie is a sweet single mom who’s had her heart broken in the past. She’s very guarded to protect not only herself but her sweet little boy. She’s been through so much and only wants what’s best for her son.

Will these two find common ground for a relationship? Will love win when they live two completely different lives?
Read to find out what happens!! Must Read!!

denise bailey
5.0 out of 5 stars Amazing End!
Reviewed in the United States on 30 January 2019
Verified Purchase
I am thrilled to have read this series. I feel as if I have spent time with friends. I want to be part of this amazing group of young people. I will remember this story for a long time. This series will become part of the books I place in my special little paperback library. I have spent the past couple weeks binge reading this series and I will read it again. I loved this story as it had a mystery component making it different from the previous books. I loved each of the characters and loved getting that little look into the lives of the secondary characters. I would say that I especially loved the little guy Jodie presented. This was exactly the man to pair with this little guy. I would also say that these new characters will also find an amazing amount of love from the family they will certainly become integrated with. As I finish this review I want to also say that I feel that this series is not yet complete. I know the author says at the end of the book that it has ended but as a new reader having binge read all of the books I do not feel it is over. These men are rockers but they are also each becoming family men. I would love to see one final book with all of them being integrated into the mix. I would love to see them needing to make a decision to settle down having completed one dream and now creating a new dream in one place. I see these folks settling in an area together and I want to read that book. I really feel this author needs to see this series home to do them each justice. This is just my humble opinion and I am curious if her readers have mentioned this to her. Just saying. Another big thank you for this book being in paperback. Always need to acknowledge this. Great job, and please think about that final sequel. denise bailey
Read more
Report abuse

Danielle R (Spellbound Stories)
5.0 out of 5 stars Get Lost in the Lightning Strikes series however you can! Downbeat is the perfect conclusion to my favorite band
Reviewed in the United States on 27 July 2018
Verified Purchase
Wow! WOW!! Downbeat was everything the conclusion to your favorite series should be! Jodie Larson does not disappoint. I absolutely love the Lighting Strikes books - as a huge fan of Rockstar Romance, that shouldn’t surprise anyone - especially if you follow my blog. When Jodie Larson released the first book in the series, Serenading the Shadows, I was completely consumed by Adrienne's story and Jodie's storytelling abilities; and my admiration for her has grown with each book I’ve read that she releases. Over the last year and a half, since the release of Notes of the Past when I first discovered Jodie Larson and with each subsequent release in the series, I have found a reason to reread these books. Usually its before I am going to read the next release but its undeniable how much I loved Serenading the Shadows, Notes of the Past, Forbidden Lyrics and now Downbeat. There is just something about these books and the stories that Larson penned that I have found fulfilling. If you’ve read Jodie Larson’s work, I am sure you agree and if you’re new to her work, right now is as good a time as any to join her faithful followers!

With the release of Downbeat, the Lightning Strikes series has reached its conclusion and there is a huge part of me that is completely broken up about this. Honestly, I would have loved to see the series never end in the first place, but as they say, all good things must come to an end. That said, Downbeat is the absolute perfect ending to this series. Each book focuses on different members of the band, and they can all be read as complete standalones. Downbeat is Paxton’s story and while I cannot deny my eternal love for Kade, there was something about Pax that drew me in like bees to honey! I think Jodie Larson could make a snake sexy, as she’s exceedingly talented in writing heroes that are that perfect blend of uber sexy and devoted to the women they are paired with… Oh, and also important to note, Pax is as far from snakelike as you can get! (Spoiler Alert: I hate snakes!!!) He’s the good guy, the one that’s never been one to have long term relationships but isn’t a player like Myles (from NOTP) was either. He’s wholesome if I had to pick a word to describe him. And he sees Kylie and is done for! He immediately puts in the time and effort to show her he’s interested in more than just a one-time fling, he becomes her friend even while he’s falling for her… Tell me that wouldn’t win you over? It’s no wonder Kylie never stood a chance!!! Kylie is a single mother who’s been badly burned and is very hesitant to introduce a new person into her son’s life. As a mother, I really identified with Kylie’s actions and her fears and it made the story more realistic to me.

Downbeat has so much more to offer readers though that I haven’t even touched on. Jodie Larson writes a compelling romance that was set to the perfect pace. The story sweet and sexy but it’s also a slow burn romance that will have you on pins and needles. By the time Kylie gets Pax in her bed, you’ll be as hot and bothered as they were! I also loved that this story is told from both characters perspectives - I always feel like this lets us get to know the characters better. If you’ve read the other books in this series, you’ll enjoy catching up with the other members of the band. Oh, and Quinn is still as hysterical as she was in the previous books! So, what are you waiting for?! Get your hands on a copy of Downbeat and get to reading!!!
Read more
Report abuse

Ashley Stephens
5.0 out of 5 stars I love this series!
Reviewed in the United States on 26 July 2018
Verified Purchase
I did not think it was possible to fall anymore in love with this series and the Lightning Strikes boys, but I was wrong. Jodi saved the best for last with this one. Pax is so sweet and selfless, not the typical bad boy drummer you would expect. Kylie has her own set of issues to work through and Pax is just the one to heal her heart! This is a must read! Loved it!
Read more
One person found this helpful
Report abuse

Stefanie G.
5.0 out of 5 stars Pax makes you swoon!!
Reviewed in the United States on 27 July 2018
Verified Purchase
Another fantastic Lightning Strikes novel! You absolutely fall in love with this gang. They are a tight nit group of wonderful friends. Amazing side characters. I quickly fell for Pax. He is very caring and thoughtful. Total swoon worthy!! Kylie is a strong woman who knows what she should do. Sometimes we must take that chance on life. This is a must read!!
Read more
One person found this helpful
Report abuse
See all reviews
Get FREE delivery with Amazon Prime
Prime members enjoy FREE Delivery and exclusive access to movies, TV shows, music, Kindle e-books, Twitch Prime, and more.
> Get Started
Back to top
Get to Know Us
Make Money with Us
Let Us Help You
And don't forget:
© 1996-2020, Amazon.com, Inc. or its affiliates