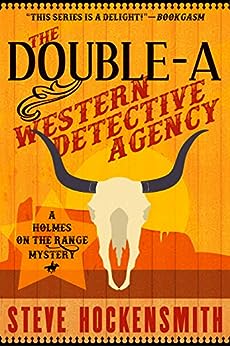 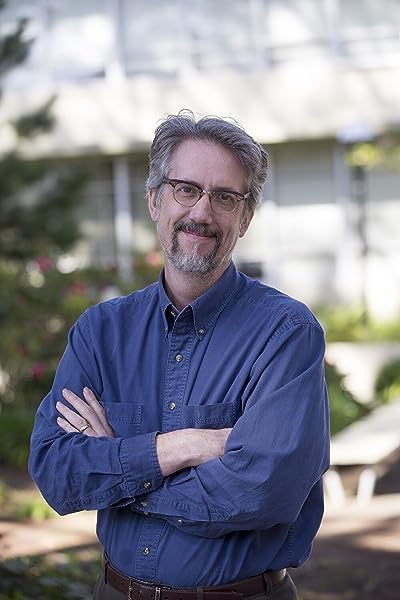 4.8 out of 5 stars
4.8 out of 5
67 global ratings
How are ratings calculated?
To calculate the overall star rating and percentage breakdown by star, we don’t use a simple average. Instead, our system considers things like how recent a review is and if the reviewer bought the item on Amazon. It also analyses reviews to verify trustworthiness.

Charles Prepolec
5.0 out of 5 stars The boys are back in town!
Reviewed in Canada on 21 January 2019
Verified Purchase
Finished Steve Hockensmith's The Double-A Western Detective Agency: A Holmes on the Range Mystery last night. While it's been a stretch since the last book, I'm delighted to find that Gustav (Old Red) and Otto (Big Red) Amlingmeyer have lost none of their charm during the interim. The Boys are back in town! Literally! Well, 'a' town, and they aren't really 'back', since this is their first visit, but you get the idea. Semantics aside, I'm really happy to have them back.

If you aren't familiar with the Amlingmeyer boys, the basic series premise is that you've got a couple of youngish, red-haired cowboy brothers trying to make their way in the world of 1890s America, when they come across these stories about a certain consulting detective in The Strand Magazine, and Old Red, an illiterate, gets his brother to read them to him, and realizes he's got some pretty good observational and deducifyin' skills himself. Brother Otto turns out to have a flair for writing stories. Any of this sounding familiar? Adventures ensue that eventually lead up to them joining a detective agency and the new book is their first big case for the Double-A Detective Agency. They, and the boss's daughter, head off to a small town, ostensibly hired by a cattle baron to work against rustler's, to find a town literally divided along racial lines. From there I won't say more about the plot, except that it becomes the literary equivalent of a Howard Hawks western - I'm looking at you, Rio Bravo - and it's just a rollicking good time right through to a satisfying end. It's all told in Hockensmith's deceptively breezy and chatty style, masking some biting observations about heavy social issues, and it's never anything less than a fun read. Looking forward to the next one!
Read more
Report abuse

Marco Tonti
5.0 out of 5 stars Lovely
Reviewed in Italy on 10 March 2019
Verified Purchase
A lovely book, the latest book in the serie "Holmes on the range" featuring Old Red (a sharp-minded cowboy unable to read) and Big Red (his sharp-tongued brother).
Read more
Report abuse

Mark Baker - Carstairs Considers
5.0 out of 5 stars Detectifying in the Old West Once Again
Reviewed in the United States on 11 January 2019
Verified Purchase
Cowboy brothers turned detectives Big Red and Old Red have started a new detective agency with Diana and her father, Colonel Crowe. There's just one problem, the lack of paying customers. So when they are hired to travel to DeBatge, New Mexico, and catch some cattle rustlers, Old Red reluctantly agrees to go even though it's not the kind of case he wants to take. With Diana tagging along, the brothers set out. However, when they arrive, they discover a town divided with tensions running high. The source of this powder keg? Their client. Then a dead body turns up, igniting the fuse. Can Old Red figure things out before the town explodes? Will the trio get caught in the crossfire no matter what happens?

I was so glad when I learned author Steve Hockensmith was writing a new adventure for these two cowboys. If you haven't yet had the pleasure of traveling back to the 1890's with them, you are in for a treat. The characters are wonderful. Since we don't have too many recurring characters, that leaves plenty of room for new characters, and figuring out if they are friend or foe drives so much of the plot. Yes, there is a mystery, and Old Red does a great job of figuring out what is going on. He was certainly several steps ahead of me. However, the added stress of the conflicts in town adds to the tension and puts Big Red and Old Red's lives in danger on a regular basis. The humor from the earlier books is still here as well and helps defuse the tension a little.
Read more
3 people found this helpful
Report abuse

Jeff Quest
5.0 out of 5 stars The old west’s Sherlock and Watson have ridden back out of the sunset!
Reviewed in the United States on 16 December 2018
Verified Purchase
Steve Hockensmith’s ‘Holmes on the Range’ series has been a delight to read over the years. The only problem recently has been the hiatus Hockensmith had taken from writing additional books in the series. Nearly eight years have passed since his excellent World’s Greatest Sleuth was released. Fortunately the drought has ended with the release of The Double A Western Detective Agency.

His unlikely mystery solving pair - Old Red, the Sherlock of the two and Big Red, the Watson-like narrator of the stories - have recently gone officially into business as detectives but are still learning how to work with their new partners.

The story, involving cattle rustlers, mustache twirling villains and much fussin’ & fightin’, is a bit of a throwback to the first novel in the series with a more traditional cowboy setting and is a bit less ambitious than the later novels. Still, it’s a good jumping on point to ease everyone back into the characters while putting the pieces into place for further adventures.

Bonus points go to Hockensmith for including various nods to famous fictional western characters. I’ll be curious if the stories begin a shift from the more traditional Sherlock Holmes type of story to an almost Ocean’s 11-style tale. Also noticeable is the fact that the timeline is in the Sherlock “gap” years. Will we see a tall genius with a preference for disguises and solving mysteries make an appearance in the American west? Time will tell...
Read more
3 people found this helpful
Report abuse

Marie Smith
5.0 out of 5 stars First case of the Double-A Western Detective Agency and possibly the last!
Reviewed in the United States on 4 May 2021
Verified Purchase
The Double-A Western Detective Agency is the sixth book in the Holmes on the Range series. In this book, Gustav “Old Red” Amlingmeyer, his younger brother Otto “Big Red” Amlingmeyer, and Diana Crowe are sent to help Clayton Haney, a rancher, stop cattle rustlers. Upon arrival they discover that a range war is eminent. The city seems to be divided, one side of the town supports one rancher, the other side supports the other. The cowboys-turned -detectives use the principles of their idol, Sherlock Holmes, to discover the cause of the range war and who is responsible for the murders that have occurred. This case appears to be the most difficult case yet for the Double-A Western Detective Agency. Not only must they solve the case, they have to avoid getting killed while doing it. Several new characters are introduced that may or may not help them solve this case.
I enjoyed this book in the Holmes on the Range series. It was nice to see that after several adventures, the Amlingmeyer brothers have been able to accomplish their dream of opening up their own detective agency. They are soon to discover an additional challenge where they must now work as a team with the other members of the agency, rather than just themselves.
Read more
Report abuse
See all reviews
Back to top
Get to Know Us
Make Money with Us
Let Us Help You
And don't forget:
© 1996-2021, Amazon.com, Inc. or its affiliates