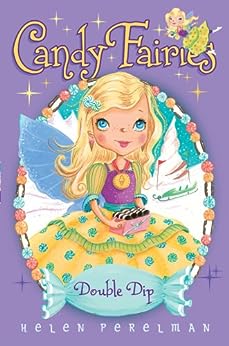 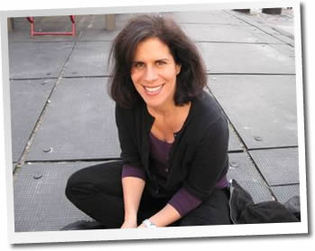 by Helen Perelman (Author), Erica-Jane Waters (Illustrator) Format: Kindle Edition
See all formats and editions
Sorry, there was a problem loading this page. Try again.
Dash and Cocoa are on track to win the Double Dip sled race—but only if the rest of the Candy Fairies can help them!

Dash, the mintiest and speediest candy fairy, has been invited to compete in the Double Dip sled race at Mt. Ice Cream. She chooses Cocoa as her racing partner and asks the other Candy Fairies to come along for the delicious adventure. Dash notices a tickle in her throat and isn’t feeling so minty, but she doesn’t tell any of her fairy friends because the race is so important to her. When Dash’s throat gets worse and she and Cocoa start arguing, the Double Dip race is in double jeopardy. How will the Candy Fairies get Dash and Cocoa back on track to sweet victory?
Read more
Previous page
Next page

Helen Perelman has worked in a children’s bookstore and was a children’s book editor. She now writes full-time in New York, where she lives with her husband and two daughters. Visit her online at HelenPerelman.com.

Erica-Jane Waters is the author and illustrator of many books for children. She graduated from Hereford College of Art & Design in the UK. She creates art for magazines and greeting cards and also designs toys. Erica lives with her husband in in Northamptonshire, UK. --This text refers to an out of print or unavailable edition of this title.

During the day, Helen can be found with her laptop at a library or coffee shop -- and sometimes on the blacktop of a playground with her kids. Helen's first job was working at Eeyore's Books for Children in New York City (named after A.A. Milne's donkey.) She worked at Scholastic, Inc. editing many second- and third-grade paperback series, and later at Disney Publishing as an Executive Editor for middle-grade and young-adult books.She lives in New York City with her husband and their twin daughters. Visit her at www.helenperelman.com. Friend the Candy Fairies on Facebook http://bit.ly/FaceBKCFairies or following Candy Fairies on Twitter @CandyFairies

Debra A. Fetchina
5.0 out of 5 stars Five Stars
Reviewed in the United States on 3 May 2018
Verified Purchase
Great Price and my daughter loves the book
Read more
Report abuse