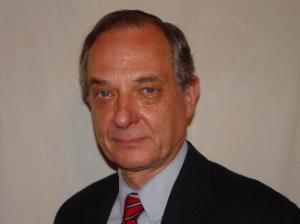 Doors to the Sacred: A Historical Introduction to Sacraments in the Catholic Church Paperback – 1 April 2001

Doors to the Sacred: A Historical Introduction to Sacraments in the Catholic Church
$51.74
(38)
Only 3 left in stock.

Timothy Foster
4.0 out of 5 stars Good Historical Text
Reviewed in Canada on 3 May 2013
Verified Purchase
Detailed history of the seven sacraments of the Catholic Church. Quite detailed. I would recommend this book to anyone wanting to know more about the Catholic Faith.
Read more
Report abuse

Elizabeth G Melillo
4.0 out of 5 stars Excellent and thorough historical information
Reviewed in the United States on 2 March 2002
Verified Purchase
Martos's treatment of the history of the sacraments is comprehensive and very enlightening, and presented in a clear and orthodox manner. I would recommend this book for anyone interested in the Roman Catholic view of the sacraments or in Church history.
There are only two disappointing aspects. First, Martos's treatment of the later 20th century gives the impression that sacramental theology is now indefinite, but that this does not matter as long as the believer finds their concepts to be "doors to the sacred." Secondly, he has the rather annoying tendency to use American RC parishes as illustrations of the promise of
Vatican II fulfilled. For example, in his treatment of the sacrament of Reconciliation, he overly stresses "communal guilt" and such "corporate" sins as racism, and suggests that sacramental confession of individual sins fell by the wayside because of this new "awareness." Both are faulty concepts which he presents as if they were highly positive.
It is a fine reference work, but serious theological students will need to be certain it is one of several.
Read more
29 people found this helpful
Report abuse

Bob
5.0 out of 5 stars Fascinating book
Reviewed in the United States on 22 June 2012
Verified Purchase
Dr. Martos has written a masterful work documenting the history of the seven sacraments. By the end of the book, I had gained considerable appreciation for the work of the Holy Spirit in growing the great oak tree of the Church. Dr. Martos provides a fair and balanced description of sacraments in the Catholic, Orthodox and Protestant churches. His liberal diatribes are distractions, especially the one on priestly celibacy, but thankfully these are short and tolerable. If there is a future edition, I hope he deletes the diatribes and replaces them with an expanded coverage of the Eastern Orthodox and Uniate Mysteries.
Read more
5 people found this helpful
Report abuse
See all reviews
Back to top
Get to Know Us
Make Money with Us
Let Us Help You
And don't forget:
© 1996-2021, Amazon.com, Inc. or its affiliates