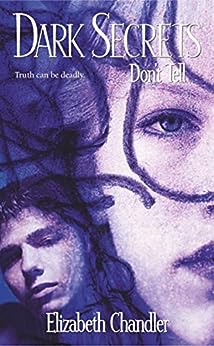 by Elizabeth Chandler (Author) Format: Kindle Edition
See all formats and editions
Sorry, there was a problem loading this page. Try again.
What really happened to Mother?

Lauren has come home seven years after her famous mother's mysterious drowning.
They said it was an accident, but the tabloids screamed murder. Her father, a senator, hadn't protected her. Aunt Jule was her only refuge, the beloved godmother she's returning to see.

Lauren stops at Wisteria's annual street festival and meets Nick, a tease, a flirt, and a childhood playmate. The day is almost perfect -- until she realizes she's being watched.

Arriving at Aunt Jule's, Lauren is shocked at the decay of the riverfront home. Aunt Jule seems angry and defensive, even as she fusses over Lauren at her daughter Holly's expense. Nora, Jule's other daughter, is silent and spooky, and stares at Lauren with frightening intensity. Meanwhile, Nick has acted as if he wants to be more than Lauren's friend. So why is he suddenly glued to Holly and almost hostile to Lauren? How can she trust him -- especially now that a series of nasty "accidents" makes Lauren realize that somebody wants her dead? This time, there's no place to run.
Read more
Previous page
Next page

Elizabeth Chandler is a pseudonym for Mary Claire Helldorfer. She is the author of the Kissed by an Angel and Dark Secrets series. She lives in Baltimore, Maryland. --This text refers to an alternate kindle_edition edition.

4.7 out of 5 stars
4.7 out of 5
70 global ratings
How are ratings calculated?
To calculate the overall star rating and percentage breakdown by star, we don’t use a simple average. Instead, our system considers things like how recent a review is and if the reviewer bought the item on Amazon. It also analyses reviews to verify trustworthiness.

Phuong Anh
5.0 out of 5 stars A Book’s a Book
Reviewed in Australia on 26 January 2020
Verified Purchase
It came in an Alright condition, the front cover was a bit dented but eh no worries, the pages were extremely thin I assume it was cheaply photocopied, overall I’m enjoying reading it
Read more

5.0 out of 5 stars A Book’s a Book
By Phuong Anh on 26 January 2020
It came in an Alright condition, the front cover was a bit dented but eh no worries, the pages were extremely thin I assume it was cheaply photocopied, overall I’m enjoying reading it
Images in this review

Serendipity Reviews
5.0 out of 5 stars You never know, even when you think you know.
Reviewed in the United States on 9 March 2013
Verified Purchase
This series is completely addictive, even though it follows different characters per a story, all located in the small town of Wisteria. In the first story, the No Time to Die, we join life with Jenny whose sister died of a tragic murder. The murder was allegedly committed by a serial killer, who still remained at large. Before her sister Liza’s death, Jenny promised to visit the acting camp she was attending in Wisteria, so she registers to the camp under a false name. It is there she encounters the people that Liza knew; her friends, her boyfriends, and her enemies. Someone starts playing pranks, acting as if Liza’s ghost is haunting the place…but Jenny begins to question if they are pranks or not, as she begins having visions of Liza’s death. Everyone becomes a suspect, even the boyfriend that Liza loved dearly. It is a complete shock as to who really harmed Liza and why.
The second story, again deals with a murder. When Kate was little her parents and herself stayed at Mason’s Choice, where she became friends with Ashley. Ashley was a taunting child and daring. She always dared Kate to do horrible things, but one day Ashley drowned in the pond. She was out looking for her missing rabbit, Silly, and was discovered dead. It was assumed an accident, but Kate remembers her parents rushing out in the middle of the night and her mother disappearing from her life completely. When Kate goes back to Wisteria to complete her father’s dying wish, she meets with Ashley’s grandfather and the rest of the family. Her goal was to simply return the ring under the disguise of applying for a nanny position for a little boy named Patrick. He is Adrian’s, Ashley’s grandfather, son. When Kate notices Patricks poor family situation, she decided to keep the job. Living at Mason’s Choice, Kate is encountered with dangers those of which she is not sure whether they are meant for her or Patrick (the heir) or both. What’s even more bothersome is Patrick’s imaginary friend, Ashley, whom is strikingly and eerily similar to the Ashley that Kate knew.
Both of these stories are filled with surprises and once you are 100 percent certain you know what’s going on, there is another twist to the plot. It all ties together perfectly, and you wonder, how could I not of seen that? Amazing and fun read!

Jess Nicole
4.0 out of 5 stars DARK SECRETS 2
Reviewed in the United States on 24 June 2010
Verified Purchase
This is a 2 part review because this book contains 2 different stories.
In No Time to Die- Jenny decides to attend the camp where her sister, Liza, died the year before. Even though her sister's killer was said to be someone she didn't know, Jenny doesn't fully believe that. She thinks that maybe the killer was at the school, and a friend of Liza's the entire time. I liked Jenny's character but I don't feel like she was totally explained. I was left with a lot of unanswered questions about Jenny, Liza, and their relationship. I liked the other characters in the story. It was definitely a story that keeps you guessing until the end. I would call it more of a mystery than anything else. Not a lot of romance, although there are a few cute guys that are interested in Jenny. It was okay for me, but nothing special. I did like this story a little more than the 2nd one though.

In The Deep End of Fear Kate returns to a place where she stayed as a child. While there twelve years ago, a friend and member of the owners family, Ashley, died in a pond. Kate begins working there now as a babysitter to a young child, Patrick. The same family owns the property and it seems the young boy is the center of dysfunction in the home. It was difficult for me to really get into this story. I wasn't fond of the main character and I thought she was a little rude for no reason. This story was filled with a lot of different characters and the ending left me thinking "Huh?! What just happened?" It was another mystery but this one just didn't do it for me. The only good part of the story was the hot hockey player Sam. I did really like his character and without him, I'm not sure if I would have even finished this story.

If you want a good mystery book, this one may be for you. It pains me to rate it a 4 because I absolutely loved Elizabeth Chandler's other books Kissed by an Angel, and Dark Secrets 1. But I had to be completely honest. The actual writing is great (part of the reason I gave it a 4) and the cover is beautiful. I just didn't like the main characters that well and that brought the entire book down for me.
Read more
Report abuse

Chloe
5.0 out of 5 stars Wonderful!
Reviewed in the United States on 14 January 2013
Verified Purchase
Dark Secrets 2, was absolutely amazing. It was creepy, and wonderfully written.

I really liked it. I would recommend it to fans of any of the authors previous books, or just to someone who likes creepy stories, with a hint of romance. I would have to say the first book was better than this one. This book started a little slow to me, but then I got sucked in soon enough. This author can grab you and pull you into her books. I worry for the characters, and wonder about their secrets.

Overall, I LOVED this book. and I would recommend 'Dark Secrets 1' before reading this..
Read more
Report abuse

R.T.
5.0 out of 5 stars Loving this author!
Reviewed in the United States on 11 March 2015
Verified Purchase
Can't put the book down. Elizabeth Chandler does not disappoint. She kept me on the edge of my seat from page 1. Great author and great book! The seller got the book to me in a timely fashion so I will definitely use them again as well. Amazing book and I definitely recommend it if you are like me and enjoy a little mystery and suspense mixed with paranormal romance.
Read more
Report abuse

Jenny
4.0 out of 5 stars Nice
Reviewed in the United States on 14 June 2021
Verified Purchase
I like it
Read more
Report abuse
See all reviews
Back to top
Get to Know Us
Make Money with Us
Let Us Help You
And don't forget:
© 1996-2022, Amazon.com, Inc. or its affiliates