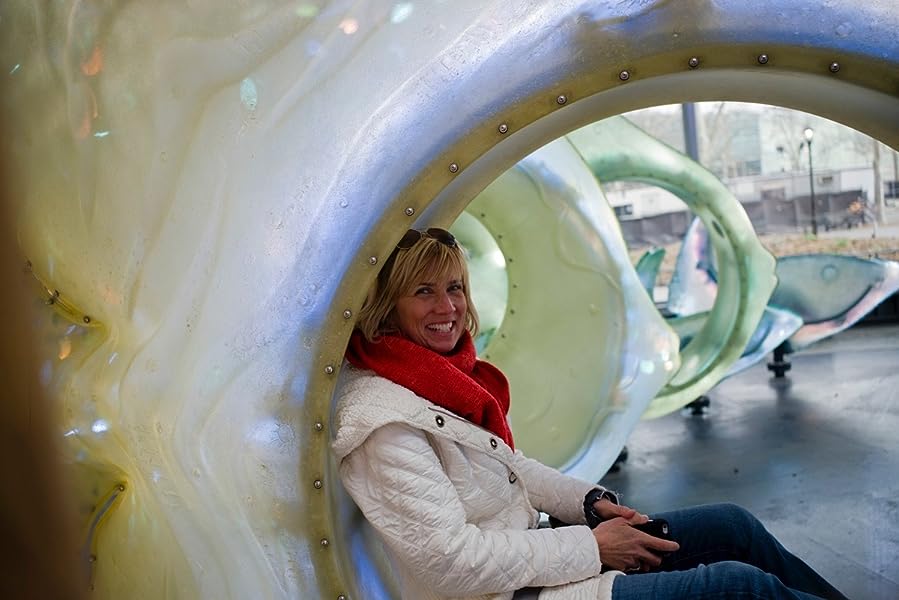 by Anne Heffron (Author)
4.7 out of 5 stars 182 ratings
See all formats and editions
Sorry, there was a problem loading this page. Try again.

Can writing your story save your life? I should have come with a manual. My parents thought they were getting one thing when they adopted me—a baby of their own—when what they got was a human being with a story of her own. As a child, I traded safety for silence. As an adult, I had no idea who I was, why I quit nearly everything I started, why I struggled with things that came more easily to my friends (jobs, relationships, finances, self-esteem), why I seemed hell-bent on throwing myself away. It got to the point where I didn’t care if telling my story was going to kill me: I was going to find a way to tell it, because living a life that felt like a lie was unbearable.In order to write this book, I moved away from everything I knew, maxed out my credit cards, borrowed from friends and family, had lots of sex with strangers. Nearly penniless, I was living like a millionaire in the apartment of a fabulously famous writer. I was finally listening to my own voice. I ate cheesecake for dinner and fell in love with the East Village. I broke almost every rule I ran into because I was afraid this kind of freedom couldn’t go on forever. As I wrote, I lived every day as if it were my last. I was in for such a surprise.
Read more
Previous page
Next page

Page 1 of 1 Start overPage 1 of 1
Previous page
Next page
Start reading You Don't Look Adopted on your Kindle in under a minute.

Anne Heffron was born in Manhattan in 1964 to a young college student who gave her up for adoption. Fifty-one years later Anne returned to Manhattan to find the roots of her story, the story that began with her birth instead of the story that began "The day we got you." This journey is the subject of "You Don't Look Adopted", an account of the perils and blessings of adoption.

4.7 out of 5 stars
4.7 out of 5
182 global ratings
How are ratings calculated?
To calculate the overall star rating and percentage breakdown by star, we don’t use a simple average. Instead, our system considers things like how recent a review is and if the reviewer bought the item on Amazon. It also analyses reviews to verify trustworthiness.

Jeannette
5.0 out of 5 stars This book helps to frame the puzzle that is every adoptees life
Reviewed in Australia on 10 April 2020
Third time reader - First time reviewer
Anne has, in a personable, gritty, humorous and touching style, brought colour into my own backstory. Her writing weaves a protective net that will allow others with their own hidden pasts to bring their own unique stories safely to shore. Anne’s book is the lighthouse we all need to get there safely.
Read more
Helpful
Report abuse

Helen
5.0 out of 5 stars A must read for adoptees.
Reviewed in Australia on 14 December 2019
Anne is so insightful of the adoptee perspective. This was the first book I read after I found out I was adopted. It was life changing to finally realise that I am not alone in my struggles.
Read more
Helpful
Report abuse
See all reviews

Nicole Avery
5.0 out of 5 stars If you're adopted, this book might change your life.
Reviewed in the United Kingdom on 11 June 2020
Verified Purchase
This book named the things I was feeling before I was able to do so for myself. I had read other seminal books on adoption but none that talked about how being adopted truly, messily shows up in your life and what that life ends up looking like, in all areas; from decision making, forming and holding relationships and having children. This book showed me that I was not alone and in every way, started me on my journey to investigating what being adopted really means for me. Read it. It might change your life.
Read more
3 people found this helpful
Report abuse

Ann J. Pearson
5.0 out of 5 stars A MUST READ book
Reviewed in the United Kingdom on 25 January 2018
Verified Purchase
A MUST-READ BOOK
Anne Heffron was born a writer, yet it took many hard years of experience to make her ready to write her first book. It has, however, been well worth the wait, for she has an exceptional gift for conveying the true implications of being adopted. Her subject is one that is of great interest to me personally since, wanting a third child without my having to go through another pregnancy, my husband and I had the good fortune of being gifted through adoption a two-week old baby. What we were not fully prepared for was the trauma involved in the separation from the birth mother and 'YOU DON’T LOOK ADOPTED – A Memoir' explains this more clearly than anything I have previously read on the subject. The discovery, when our adopted son was twelve, of Nancy Newton Verrier’s seminal book, 'THE PRIMAL WOUND', had been very helpful, citing, as it does, the challenges we were experiencing as being completely normal with adoptees, but that was only a beginning.
It is partly thanks to our adoption that I myself finally underwent the therapy needed by someone who had been rejected at birth for being the ‘wrong sex’ and having my own life thus transformed led me to write books about it and then to train as a (Deep Memory Process/past life regression) therapist. My fourth book, 'THICKER THAN BLOOD? – A Fresh Look at Adoption, Fostering and Step Families', explores the issues from my perspective both as an adoptive mother and as a therapist who has had numerous sessions with clients who not only related in some way to my title but who were also helped by discovering past life connections with people who gave them issues in their present life. (The question mark in my title acknowledges the fact that blood may be just as important as our Life Plans made prior to incarnating.)
Although many readers have found my varied stories as fascinating as I do, what I was of course UNable to do was to write about adoption from the INside. This Anne Heffron has now done, extremely powerfully, and this (in addition to her delightful and unique writing style) is what I believe makes her book a must not only for adopters and adoptees themselves, but for the world. When I thanked our adopted son for giving us 'YOU DON’T LOOK ADOPTED' for Christmas, his reply was “Reading the book will be a present for me, because I desperately want to be understood.” Understanding within the family has indeed always been very important to us and now we have Anne to thank for giving us further insights.
Ann Merivale, author of 'THICKER THAN BLOOD?' (John Hunt Publishing) and six other books.
Read more
2 people found this helpful
Report abuse

Chris K. Pearson
5.0 out of 5 stars An almost perfect memoir about a beautifully imperfect life.
Reviewed in the United Kingdom on 10 December 2017
Verified Purchase
It's a brilliant book offering a brave and ground-breaking perspective on the human condition.
Tragic and uplifting in equal measure; the author has lived life to the limit battling insidious demons with her tenacious grace.
It's all soul, no ego. I laughed and I cried.
Read more
2 people found this helpful
Report abuse

Jane Brooks
5.0 out of 5 stars Refreshingly honest
Reviewed in the United Kingdom on 27 December 2018
Verified Purchase
I found this book to be a refreshingly honest account of the adoption experience. Too often the huge emotional impact of loss on a child is ignored. I would highly recommend this book.
Read more
One person found this helpful
Report abuse
See all reviews
Back to top
Get to Know Us
Make Money with Us
Let Us Help You
And don't forget:
© 1996-2022, Amazon.com, Inc. or its affiliates