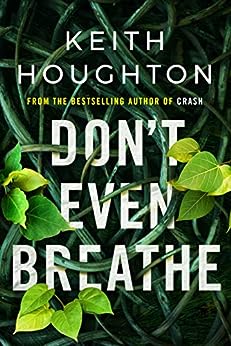 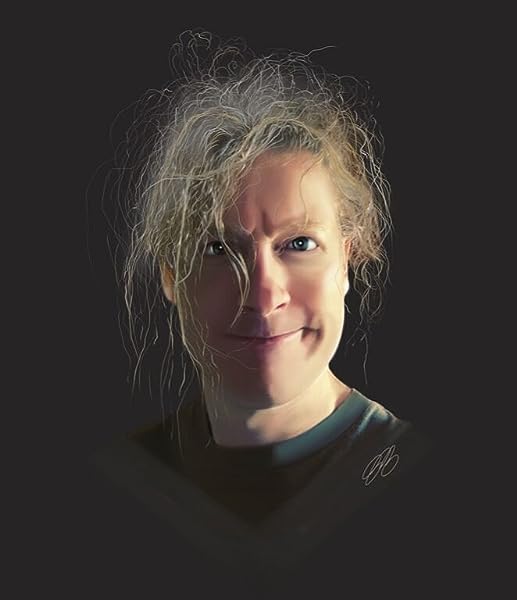 Keith Houghton spent too much of his childhood reading science fiction books, mostly by flashlight under the bedcovers, dreaming of becoming a full-time novelist. When he was thirteen, his English teacher--fed up with reading his space stories--told him he would never make it as a science fiction writer. Undeterred, Houghton went on to pen several sci-fi novels and three comedy stage plays while raising a family and holding down a more conventional job. But it wasn't until he started writing mystery thrillers that Houghton's dream finally became reality. Though his head is still full of space stories, he keeps his feet planted firmly on the ground, enjoying life and spending quality time with his grandchildren.

Houghton is the bestselling author of the three Gabe Quinn thrillers--Killing Hope, Crossing Lines, and Taking Liberty--as well as the stand-alone psychological thrillers No Coming Back, Before You Leap, and Crash. Please visit www.keithhoughton.com to learn more.

4.2 out of 5 stars
4.2 out of 5
766 global ratings
How are ratings calculated?
To calculate the overall star rating and percentage breakdown by star, we don’t use a simple average. Instead, our system considers things like how recent a review is and if the reviewer bought the item on Amazon. It also analyses reviews to verify trustworthiness.

glenys (New Zealand)
3.0 out of 5 stars Too grisly for me.
Reviewed in Australia on 16 July 2019
Verified Purchase
The main character, Maggie, is a feisty detective but not very believable. The story misses some obvious investigative points. The unrecognizable victim is not tested for DNA. The story continuously refers to Maggie's teenage angst and I got sick of waiting to find out what her problem was, the whole thing became very tedious. The last section of the story was rather gruesome, not an author I would buy again.
Read more
3 people found this helpful
Helpful
Report abuse

Debbie Bramwell
5.0 out of 5 stars Loved it
Reviewed in Australia on 23 May 2019
Verified Purchase
Loved the character Maggie. Definitely not perfect but great to get an insight on her in the very first novel. Great plot and I did not know the guilty party until it all unfolded towards the end. Cannot wait for the next novel.
Read more
4 people found this helpful
Helpful
Report abuse

sash
1.0 out of 5 stars Predictable and slow
Reviewed in Australia on 15 August 2019
Verified Purchase
Predictable and slow, lots of background information given on characters but nothing really original, tough big sister who had issues and didn’t fall in line with the family demands, job comes first, and is a little maverick when it comes to the rules of being a detective.
Wouldn’t recommend unless you had a few hours to kill and wanted to know how it ended without finishing the book ( which I did in hope that it would get better)

Ellie H
3.0 out of 5 stars Not As Good As Hoped
Reviewed in Australia on 16 August 2019
Verified Purchase
After devouring the Gabe Quinn books, a new seies by this author really excited me. The book got off to a great start and I liked Maggie. A fairly important character was not introduced though until about 75% through the book. The book started to lose it a bit for me at that stage and I felt the last quarter of the book and ending implausible and even a bit silly.
Read more
Helpful
Report abuse

Margaret
5.0 out of 5 stars Magnificent.
Reviewed in Australia on 18 July 2019
Verified Purchase
Woosh what a ride.. the author had me on the hook from the second page and and things were not what they seemed.
Read more
One person found this helpful
Helpful
Report abuse

Judith Smith
4.0 out of 5 stars A good read
Reviewed in Australia on 22 August 2020
Verified Purchase
Sorry but I am not good at reviews bit it is worth reading
Read more
Helpful
Report abuse
See all reviews

White Rose
5.0 out of 5 stars good start to a new series
Reviewed in the United Kingdom on 11 April 2019
Verified Purchase
don't we all love series, when the characters get a chance to develop without giving us a back story all the time? Maggie Novak is a likeable heroine but more than that...
I am reading two other crime series at the moment, hard hitting, often gory, with a complex set of characters. They're good. Reading Keith Houghton's book was like sinking into something much softer, a gentler style, and an excellent twisty storyline. Recommended.

My only reservation and it is a big one, but I can't leave 4 1/2 stars, is the Perry Mason type ending, where everyone sits around and tells everyone else what happened and how it was uncovered. If you're too young to remember Perry Mason, it's something that happened at the end of every episode. It's been the 'Perry Mason' factor ever since, for me anyway. I would recommend a different method of wrapping up a book or just let us work it out for ourselves. Not everything needs to be explained.
Read more
19 people found this helpful
Report abuse

Philip Nicholas
5.0 out of 5 stars Gripping thriller with superb new protagonist!
Reviewed in the United Kingdom on 5 April 2019
Verified Purchase
What a treat it was to read this page-turner. The twists and turns kept on coming. I love Maggie Novak and the environment she lives and works in, what a superb new character from one of my very favourite authors. Well done Keith, it looks like another brilliant series is in the offing to follow your brilliant Gabe Quinn books!
Read more

5.0 out of 5 stars Gripping thriller with superb new protagonist!
Reviewed in the United Kingdom on 5 April 2019
What a treat it was to read this page-turner. The twists and turns kept on coming. I love Maggie Novak and the environment she lives and works in, what a superb new character from one of my very favourite authors. Well done Keith, it looks like another brilliant series is in the offing to follow your brilliant Gabe Quinn books!
Images in this review

Hami
5.0 out of 5 stars Must read
Reviewed in the United Kingdom on 16 April 2019
Verified Purchase
Keith brings the characters to life, living and breathing. You are there with them, seeing, feeling and experiencing every twist and turn. I've read all of Keith's books, they never disappoint - always delivering edge of your seat stories that are hard to put down. My only concern now is the wait for the next installment from this very clever author.
Read more
6 people found this helpful
Report abuse

mem
5.0 out of 5 stars A great read
Reviewed in the United Kingdom on 4 May 2019
Verified Purchase
My first time reading a book by Keith Houghton, and my first in the Maggie Novak series. I found the story flowed really well I finished it within the week and found it hard to put down the twists and turns were amazing and I'm excited to see what the next installment if there is one will be like. A great read thanks.
Read more
6 people found this helpful
Report abuse

Kindle Customer
5.0 out of 5 stars Full of suspense.
Reviewed in the United Kingdom on 3 August 2019
Verified Purchase
Keith Houghton certainly knows how to confuse his readers with so many twists and turns in this story. Each time I believed I'd sussed out who the killer was; BAM, I was wrong. I love the way he keeps you glued to the edge of your seat.
This story is a nail biting story; especially having Maggie Novak as the protagonist. I didn't want to put this book down until I'd finished reading it. One question: is there more to come with Maggie Novak? I sincerely hope there is.
Thank you, Keith for this brilliant story. Well written, and a well deserved 5 stars.