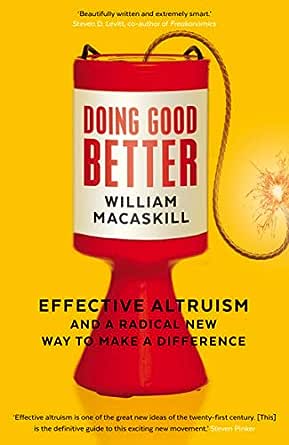 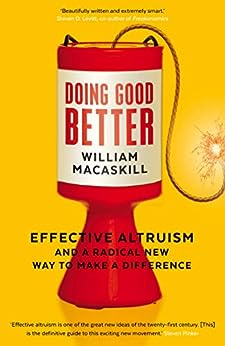 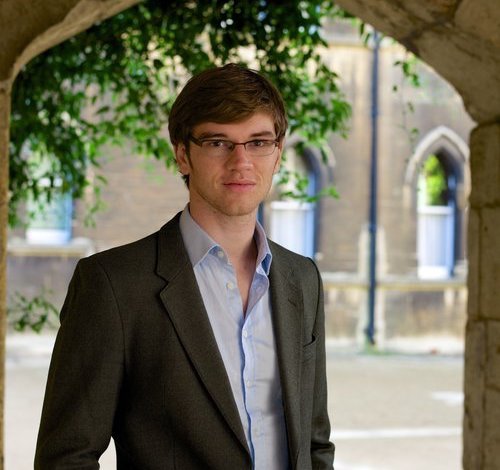 "Beautifully written and extremely smart. Doing Good Better should be required reading for anyone interested in making the world better."--Steven D. Levitt, #1 New York Times bestselling co-author of Freakonomics and When to Rob a Bank "This is the most valuable guide to charitable giving ever published. Even readers who disagree with MacAskill's conclusions about the value of particular charitable donations will make smarter decisions by learning from his analysis."--Paul Brest, co-director, Stanford Center on Philanthropy and Civil Society and former president, William and Flora Hewlett Foundation A straightforward guide to help anyone make the largest possible difference in the lives of others. --Sue Desmond-Hellman, CEO of the Gates Foundation We research hotels and headphones and sushi bars--but not charities. That is lunacy. And in this powerful and persuasive book, William MacAskill shows us how much we stand to gain from a little bit of thoughtfulness: The same donation could do hundreds of times more good if given to the most effective charities, rather than the least--Dan Heath, co-author of the New York Times bestsellers Made to Stick, Switch, and Decisive

"Effective altruism--efforts that actually help people rather than making you feel good or helping you show off--is one of the great new ideas of the twenty-first century. Doing Good Better is the definitive guide to this exciting new movement."--Steven Pinker, Johnstone Family Professor of Psychology at Harvard University and author of The Better Angels of Our Nature

"Doing Good Better is a superb achievement. This must-read book will lead people to change their careers, their lives, and the world, for the better."--Peter Singer, Ira W. DeCamp Professor of Bioethics at Princeton University, author of Animal Liberation and The Most Good You Can Do "Doing Good Better is a must-read for anyone with both a heart and a brain. MacAskill demolishes the lazy myths of nothing-you-can-do-ism and demonstrates the power of asking the right questions. This is an important book. It's also surprisingly fun. Figuring out what really helps people is a challenging scientific puzzle, and these pages are full of unexpected twists--enlightening and invigorating."--Joshua Greene, director of Harvard's Moral Cognition Lab, author of Moral Tribes "Humanity currently spends more money on cigarette ads than on making sure that we as a species survive this century. We've got our priorities all wrong, and we need effective altruism to right them. If you want to make a real difference on the biggest issues of our time, you need to read Doing Good Better."-- Jaan Tallinn, cofounder, Skype and Kazaa "Doing Good Better has rare combination of strikingly original ideas, effortless clarity of delivery, and a thoroughgoing practicality that leaves the reader inspired to get out of their chair and take on the world. Humanity faces some big challenges in the 21st century; this is a much-needed manifesto for social change, and Will MacAskill is the ideal ambassador."--Eric Drexler, founder of nanotechnology and author of Engines of Creation

"MacAskill tackles a monumental question: how can we make the biggest difference for the greatest number of people? His answer is a grand vision to make giving, volunteering, spending, and working more worthwhile."--Adam Grant, New York Times bestselling author of Give and Take "Are you interested in giving away money more effectively? This is the very best book on how to do that." --Tyler Cowen, Holbert C. Harris Professor of Economics at George Mason University and author of Average is Over "I wish I'd had this structure and insights twenty years ago!"--Caroline Fiennes, Director, Giving Evidence --This text refers to the paperback edition.

William MacAskill is an associate professor in philosophy at the University of Oxford and the cofounder of the nonprofit organizations Giving What We Can and 80,000 Hours. These nonprofits have raised more than $400 million in lifetime-pledged donations to charity and have helped spark the effective altruism movement. MacAskill is a contributor to Quartz, the online business magazine of The Atlantic, and he and his organizations have been featured in The New York Times and The Wall Street Journal, and on NPR and in a TEDx Talk. He lives in Oxford, England. --This text refers to the paperback edition.

4.5 out of 5 stars
4.5 out of 5
322 global ratings
How are ratings calculated?
To calculate the overall star rating and percentage breakdown by star, we don’t use a simple average. Instead, our system considers things like how recent a review is and if the reviewer bought the item on Amazon. It also analyses reviews to verify trustworthiness.

Clare McDonogh
5.0 out of 5 stars Doing Good Better
Reviewed in Australia on 27 April 2017
Verified Purchase
It isn't often that we read a book that transforms our perspective of both the world and our role in it. This book empowers the reader to re-examine the ethical life choices they make, and make positive changes (no matter how small or seemingly inconsequential) to save lives and make the world a better place. Such a young and promising author! May I read this book many times and commit to many positive changes.
Thank you William MacAskill

Sentinel
4.0 out of 5 stars Better Ways of Giving?
Reviewed in the United Kingdom on 31 December 2015
Verified Purchase
Given the amount of money donated to charities which never reaches the intended recipients, this book is long overdue. MacAskill provides an analytic framework with which to assess the 'most effective' ways in which our money can work for us after donation.

His research base appears sound, while some of his discoveries are hair-raising about the way in which large amounts of money are wasted in apparently 'good' causes, for example 'Fairtrade', where almost all of the money is swallowed up by 'middlemen', while yet other 'obviously' better approaches to pumping water is also a huge waste of money, with the 'heart ruling the head'.

The framework MacAskill provides can be used to assess & identify charities & causes which are likely to have the most effective, efficient impact on people's lives, in many cases where relatively small amounts of money can have an impact far beyond what might be imagined.

If this still seems like too much hard work, MacAskill helps identify some current projects where donors can be assured their money will be effectively & efficiently used, and also the details of the regulatory body for charities which monitors the on-going effectiveness of these charities/projects, to ensure money donated can be wisely targeted in the future. There's also an interesting chapter on how to make a difference by your choice of career, and an exploration of ecosystem issues (& global warming), and the nature of poverty & 'sweatshops', revealing the latter to have a much more beneficial face than might be expected.

Roz Bailey
5.0 out of 5 stars Completely changed my thinking
Reviewed in the United Kingdom on 30 August 2015
Verified Purchase
I make regular donations to several charities, but this book has really made me stop and think about whether I've chosen my charities well, and I don't believe I have.
The author expresses a radical way of thinking about how to do the most good with both money and time. It has really opened my eyes and transformed my thought processes in deciding which organisations to support.
If you'd like your charity donations to make the biggest positive impact on the greatest number of people possible then this is a must read.

sHemingway, Manchester
5.0 out of 5 stars Putting science and evidence into helping others
Reviewed in the United Kingdom on 3 December 2015
Verified Purchase
An excellent and thought-provoking read, well set out and very readable. It has also made me re-think certain things like ethical brands and 'sweat shops'. It certainly gives a lot of food for thought. I've now lent this book to a friend and look forward to reading it again to put some of what I've learned into action. Like all science, the best gems lie in the counter-intuitive and MacAskill discusses them really well. A high recommend.
Read more
One person found this helpful
Report abuse

joe_the_drummer
5.0 out of 5 stars Brilliant advice
Reviewed in the United Kingdom on 23 February 2018
Verified Purchase
Absolutely brilliant book, that challenged my thinking and made me reassess much of what I believe about altruism. It really helped me figure out how to make a positive impact. Highly recommended.
Read more
One person found this helpful
Report abuse

Sunny Susie
3.0 out of 5 stars Thought provoking
Reviewed in the United Kingdom on 20 August 2017
Verified Purchase
The ideas in this book are thought provoking, but it quotes a lot of American examples. Not all of it was relevant to me, because there is an entire section on careers and I am retired. I would have liked something specific on volunteering.
Read more
4 people found this helpful
Report abuse
See all reviews
Back to top
Get to Know Us
Make Money with Us
Let Us Help You
And don't forget:
© 1996-2021, Amazon.com, Inc. or its affiliates