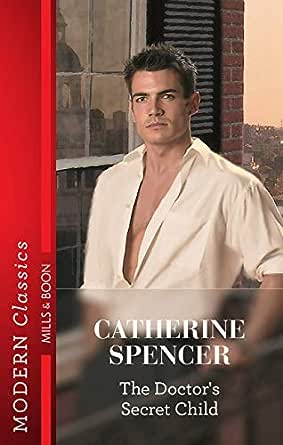 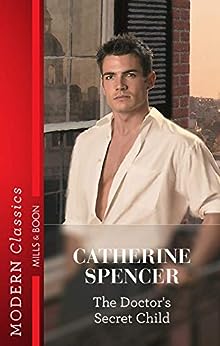 Catherine Spencer fell into writing by happy accident. Approaching menopause and ready for a change of career while she could still walk and chew gum at the same time, she eavesdropped on a conversation about writing for Mills & Boon and decided this was too good a challenge to pass up.

With the blithe ignorance of a non-swimmer leaping into a shark-infested pool, she resigned from her job as a high school English teacher and fired off her first submission to Mills & Boon's editorial staff. Although her first two submissions were rejected, the third effort made the grade.

Since then, she's sold over 25 books; 24 of them to Mills & Boon, most of them selected for Mills & Boon Modern. The Loving Touch, her third novel, was a short contemporary finalist for the Romance Writers' of America's prestigious RITA Award. Her books have been translated into more than 17 languages and distributed in nearly 30 foreign markets.

In between deadlines, she has taught courses on writing series romance at both college and continuing education level, as well as presenting workshops at the RWA's national conference in St. Louis and New York, to various affiliated chapters throughout the Pacific Northwest, and at the Surrey Writers' Conference in British Columbia. With friend and fellow writer Judith Bowen, she is a co-sponsor of the biennial Singletree Workshop, an acclaimed weekend retreat for romance writers drawing participants from all over North America.

Catherine is married and lives with her husband in White Rock, a small seaside community south of Vancouver, British Columbia. She has four grown children, five grandchildren, two dogs and a cat, all of which are perfect! She has yet to find the perfect house, though, and despite repeated promises never to do so again, continues to persuade her husband to undertake renovations which always turn out to be more extensive and costly than she envisaged.

In her limited spare time, she enjoys swimming, walking, reading, playing the piano, collecting antiques, and growing tropical plants. She once drove from B.C. to North Dakota and spent a week cruising small-town auctions there and in South Dakota and Minnesota, looking for small antique items to bring home. She ended up renting the biggest U-Haul trailer her car could tow, and had it stuffed to the roof with furniture. Ever since, her husband refuses to let her leave town unless he's along for the ride!

DAA
4.0 out of 5 stars The Doctor's Secret Child
Reviewed in the United States on 3 December 2014
Verified Purchase
This was a tale of a young woman who grew up on the wrong side of the tracks who fell in love with the golden boy of the town. Who left abuptly and now years later comes back to take care of her mother. She brings back more than everyone is aware of. She has become a wealthy woman in her own right. But there are also secrets she wants kept. The boy, now a doctor is treating her mother. His mother wants her out of town fast, before he finds out her secret. This story is new in that the girl was abused by her father and no one knew. I enjoyed the story by Catherine Spencer and will be reading more of her works later.
Read more
Report abuse

Amazon Customer
5.0 out of 5 stars Some things don't change....
Reviewed in the United States on 29 January 2011
Verified Purchase
Wonderful book by Catherine Spenser. Story was well written and kept you interested. Dan & Molly had an intense affair 11 years ago. He was 25 and she was 17. When he found out she lied about her age, he ended their relationship. Molly was so hurt, she couldn't tell anyone she was pregnant, especially her father who treated her like dirt. Alone and pregnant, she leaves and moves far away. She comes back, being a succesful business owner with her daughter to take care of her mom who was hurt in a car accident that killed her father. She runs into the father of her child, Dan, who is now the town's local doctor. Dan cannot believe he still had feelings for Molly, even though he was engaged to another woman. Living in a small town is difficult for Molly and Dan, especially when everyone has an opinion of you. Will Dan find out about his daughter? Will Molly let him back into her life? Molly never forgot Dan, but she couldn't forget his betrayal and the hurt she felt when he dumped her. She couldn't let him hurt her again, she was no longer the poor girl from the blue collar family, she was a confident and successful single mother.

Dan and Molly's attraction have not faded despite 10+ years since the last time they've seen each other. Feelings that have been long stashed away were starting to resurface, the more they saw of each other. It was wonderful to see how this relationship was slowly rebuilding, getting reaquainted, clearing their misunderstandings and moving forward.

Book was sweet, perfect for light reading and very enjoyable!

Reader Gal
5.0 out of 5 stars Loved it!
Reviewed in the United States on 7 January 2015
Verified Purchase
Molly, the heroine in this book is independent and not a wilting wallflower waiting for the man to rescue her. I liked her a lot. The hero is also not too macho. I liked that they were equals as far as what each brought to the relationship.
Read more
Report abuse
See all reviews
Get FREE delivery with Amazon Prime
Prime members enjoy FREE Delivery and exclusive access to movies, TV shows, music, Kindle e-books, Twitch Prime, and more.
> Get Started
Back to top
Get to Know Us
Make Money with Us
Let Us Help You
And don't forget:
© 1996-2020, Amazon.com, Inc. or its affiliates