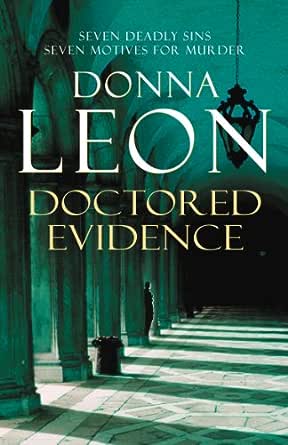 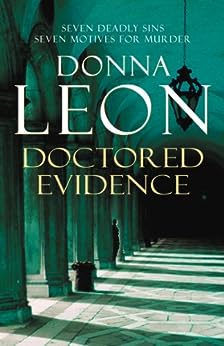 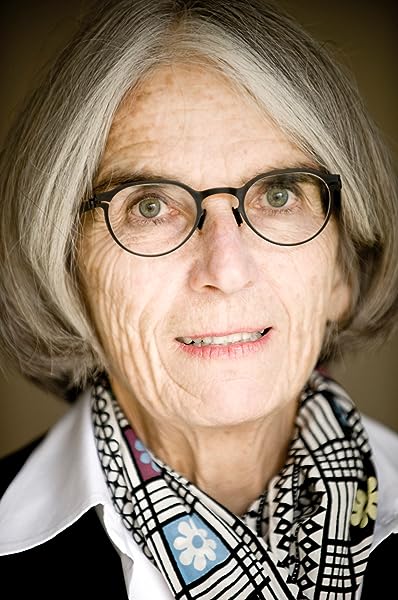 The virtues of Leon's writing are all on display in ... Doctored Evidence ... [Leon] has a wonderful feeling for the social complexities of Venice, where corruption is as old and deep and treacherous as the canals ... Like all the best detective fiction, Doctored Evidence not only solves a mystery, but also anatomises the setting in which the crime occurred, Daily Mail

Leon's talent for sketching Venice with equal measures of affection and exasperation is undimmed, and Brunetti and his serious, thoughtful wife Paola remain subtle and pleasing creations, Sunday Times

Fans of Leon will not be disappointed . . . She has crafted yet another expert mystery, The Baltimore Sun

A beautifully cadenced mystery . . . no one is more graceful and accomplished than Donna Leon, The Washington Post --This text refers to the paperback edition.

From Sunday Times bestselling crime author Donna Leon comes the thirteenth instalment in the Venice based Commissario Brunetti series with just as much enthralling mystery and murder as before. --This text refers to the paperback edition.

Donna Leon was named by The Times as one of the 50 Greatest Crime Writers. She is an award-winning crime novelist, celebrated for the bestselling Brunetti series. Donna has lived in Venice for thirty years and previously lived in Switzerland, Saudi Arabia, Iran and China, where she worked as a teacher. Donna's books have been translated into 35 languages and have been published around the world.Her previous novels featuring Commissario Brunetti have all been highly acclaimed; including Friends in High Places, which won the CWA Macallan Silver Dagger for Fiction, Fatal Remedies, Doctored Evidence, A Sea of Troubles and Beastly Things. --This text refers to the paperback edition.
Read more

4.6 out of 5 stars
4.6 out of 5
103 global ratings
How are ratings calculated?
To calculate the overall star rating and percentage breakdown by star, we don’t use a simple average. Instead, our system considers things like how recent a review is and if the reviewer bought the item on Amazon. It also analyses reviews to verify trustworthiness.

Amazon Customer
5.0 out of 5 stars A case for Brunetti.
Reviewed in Australia on 25 April 2016
Verified Purchase
An intriguing murder mystery played out in the labyrinthine callis and campos of modern Venice. Commissario Brunetti seeks the truth against the bureaucratic incompetence and corruption of his society.
Read more
One person found this helpful
Helpful
Comment Report abuse
See all reviews

Paul S
5.0 out of 5 stars Something to savour and enjoy: another intriguing crime story set in Venice & featuring Commissario Brunetti.
Reviewed in the United Kingdom on 29 June 2018
Verified Purchase
I first read this novel when it was first published 14 years ago. Re-reading today has reminded me just how brilliant an author is Donna Leon. The plots of her crime novels often start with a topical issue (as does this one) but which, on reading further, turns out not to be the only issue of concern. In addition, many of the issues she writes about remain as relevant today as they were at the time the novel was first published - in this case touching upon the subject of illegal immigration, with only the home country of the migrants having changed. Other themes also appear in this novel such as the police distrust of the judiciary, the importance of family life and having a work-life balance ... and a number of the seven deadly sins (but which ones I will leave you to discover!).
The characters in this story come across as being very realistic and her wry observations of Venetian life will make you smile, or perhaps even chuckle aloud. I also like that each of Donna Leon's books can be read as standalone stories but if one reads others in the series, one sees how she reveals in each book new facets of Commissario Brunetti's character. As a result, if you have read other books featuring Brunetti, you will no doubt start seeing him more as a real person than a character in a novel and the more of her books you read, the more you appreciate how skilful she is in her depiction of him, his daily life, his values, etc. I can think of only one other author writing detective fiction today who has also managed this with their central character ... Michael Connelly's police detective, Harry Bosch. But it is not just Brunetti whose character is quite life-like, the same can be said for quite a number of the other recurring characters that appear in the Brunetti stories.
Besides the characters and the plot, Venice is the other star of this novel. Donna Leon captures the sights, sounds and smells of the city so well, you feel as if you are there. walking alongside Brunetti, visiting the coffee houses, observing the tourists, etc.
Donna Leon's writing style is deceptively simple yet the plot of this novel is a little complex. It opens with an 83 year old widow found battered to death in her apartment. Her Romanian housemaid has fled and is caught near the Italian border where she dies under the wheels of a passing train. Is she the murderer? No, it is not as simple as that, but I will not reveal any more of the plot as I do not want to spoil your enjoyment of following Brunetti as he tries to find the killer. Like all good detective stories, you'll encounter plenty of twists and turns in the plot as the story unfolds.
So, if you have not read any of Donna Leon's crime novels before then this is a good one with which to start. But be warned, it may result in you wanting to read the others in the series. If you already enjoy the Brunetti stories then this one should not disappoint as it is, in my opinion, every bit as good as the earlier ones in the series.
Read more
2 people found this helpful
Report abuse

Mr. A. J. Hewitt
5.0 out of 5 stars Exciting and very interesting book by an accomplished author
Reviewed in the United Kingdom on 16 September 2015
Verified Purchase
Book arrived quickly.
Donna Leon is an extremely skilled and very interesting writer.
The Brunetti books are far more than just police detective stories. They are threaded with acute observations about Italian society.
The plots are exciting and interlaced with lovely personal and domestic storylines.
Her work is highly regarded by academics as well as a wide readership. I know of one Oxford University academic who wishes that Leon was writing about her area of interest (Russia) because she would include the books in the teaching curriculum.
An exciting book by an accomplished author.
Read more
One person found this helpful
Report abuse

Peta
5.0 out of 5 stars Venice comes to life
Reviewed in the United Kingdom on 15 January 2019
Verified Purchase
Anyone new to Donna Leon is in for a real treat! Brunetti and his side kick Inspector Vianello appear in all her books keeping Venice and the surrounding area safe. Every book is a gem, and this one does not disappoint.
Read more
Report abuse

Kindle Customer
5.0 out of 5 stars Brunetti on form in Venice
Reviewed in the United Kingdom on 16 May 2014
Verified Purchase
Commissario Brunetti must be one of the most sympathetic and believable policeman in popular fiction. Here Donna Leon is on form with this investigation into the brutal murder of a very unpleasant old woman for whom no one has a good word. Wonderful sense of place as always with her novels. including great descriptions of food, unbelievable amounts of which seem to be consumed at every meal.
Read more
2 people found this helpful
Report abuse