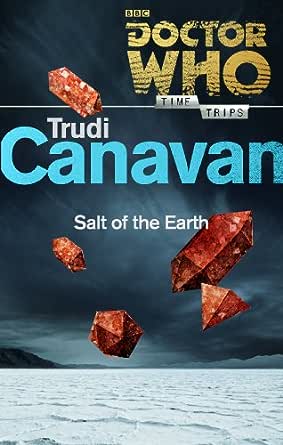 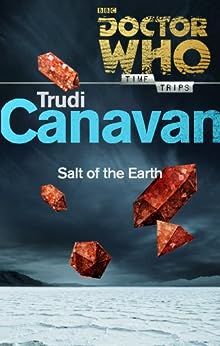 Doctor Who: Salt of the Earth (Time Trips) Kindle Edition

Trudi Canavan lives in Melbourne, Australia. She has been making up stories about people and places that don't exist for as long as she can remember. While working as a freelance illustrator and designer she wrote the bestselling Black Magician Trilogy, which was published in 2001-3 and was named an 'Evergreen' by The Bookseller in 2010. The Magician's Apprentice, a prequel to the trilogy, won the Aurealis Award for Best Fantasy Novel in 2009 and the final of the sequel trilogy, The Traitor Queen, reached #1 on the UK Times Hardback bestseller list in 2011. --This text refers to an out of print or unavailable edition of this title.

3.3 out of 5 stars
3.3 out of 5
14 global ratings
How are ratings calculated?
To calculate the overall star rating and percentage breakdown by star, we don’t use a simple average. Instead, our system considers things like how recent a review is and if the reviewer bought the item on Amazon. It also analyses reviews to verify trustworthiness.

Blue Lake Boy
4.0 out of 5 stars The Doctor Downunder
Reviewed in Australia on 8 April 2014
Verified Purchase
The Doctor hasn't come to Australia much in his travels over the years-perhaps he's frightened of running in Tegan somewhere! He is back here in Salt of the Earth though, with Trudi Canavan masterfully evoking and transmitting the bleak, arid desolation of Australia's lunar like salt pans in a sinister short story of salt statues and marooned aliens. She also skilfully captures the character of the dashing and daredevil Third Doctor, Pertwee would have been perfect on a blokart, as well as his paternalistic slightly condescending manner, especially towards Jo Grant. The affectionate, sparky relationship this partnership enjoyed is well on display in Salt of the Earth and it was nice to see Jo play the lead role in resolving the alien threat, with the danger quotient cranked up towards the end.
The brevity of this book doesn't leave much room for other characters to emerge or develop in anything but a minor way, although there is a nod towards that quintessential Aussie name for one character, called Kylie, and I loved Smithy the dog and almost wish he had joined the Doctor and Jo and story's end-I can really see Pertwee's patrician Doctor travelling with a faithful, unquestioning dog at his side and not one of the mechanical kind!
For me, Salt of the Earth had traces of such Pertwee classics as the Silurians, Sea Devils and Claws of Axos. Sprinkled with equal measures of humor (loved the sonic screwdriver in-joke) and horror, don't pass the salt on this trip and take the time dip into a lovely burst of ABC inspired 70s nostalgia. You will be glad you did.

Alaran
2.0 out of 5 stars Too much salt can be bad for you
Reviewed in the United Kingdom on 7 March 2014
Verified Purchase
As far as Doctor Who stories go this one is fairly dull. The intrigue and excitement I expect from Doctor Who is effectively absent. It feels like an interlude between adventures.

The Doctor and Jo go on holiday to the Australian outback, ostensibly to ride some wind driven go carts known as blokarts (they’re not as interesting in the story as they sound). Whilst there they discover that something has happened to the salt lakes in the area and that they are turning the inhabitants into salt.

Having salt as the enemy isn’t that thrilling and the story could do with some antagonists to interact with. Trying not to give anything away, the explanation for events is one that has now probably been overused in science fiction and is no longer a surprising revelation (Doctor Who itself and The Sarah Jane Adventures both utilised the idea far better).

Jo’s characterisation is okay and much of the story is from her viewpoint. But the Doctor is quite bland. Without descriptions of his clothing or Jo being present you would hard pressed to guess it is the Third. There are few other characters in the story; the best of them is actually probably a dog. The passages from the dog’s point of view are probably the most endearing and interesting of the novella.

The most entertaining part is possibly the mocking of how the sonic screwdriver has developed over the years since the Third Doctor possessed it.

Richard Wright
2.0 out of 5 stars This Happened
Reviewed in the United Kingdom on 4 June 2015
Verified Purchase
If this short story turned up in anthology then I would have skimmed through it and forgotten it almost on the instant. There's nothing wrong with it, but nor is there anything that grabbed my attention. The Third Doctor and Jo Grant are well written, but neither are examined enough to call this a character piece. The plot is a modest thing, slightly diverting but lacking any real sense of threat or surprise. The ecological theme, well suited to this Doctor, is heavy-handed but informative. Basically, this story happened for a bit and then stopped. And that's all I have to say about that.
Read more
Report abuse

Robert
3.0 out of 5 stars Yeah ok
Reviewed in the United Kingdom on 15 July 2020
Verified Purchase
It was a good book, story. I've never read any doctor who before, it was read more for who wrote it.
Read more
Report abuse

Amazon Customer
4.0 out of 5 stars Salt
Reviewed in the United Kingdom on 12 March 2014
Verified Purchase
A nice adventure that captured the Third Doctor and Jo Grant succinctly while capturing the essence of this Doctor's era perfectly.
Read more
Report abuse

Johnnypapa
2.0 out of 5 stars rather dull
Reviewed in the United Kingdom on 1 April 2014
Verified Purchase
For a story that can take place any time anywhere this is not particularly
a good choice ,decent characterisation of the third doctor and Jo but just not enough happens.
Read more
Report abuse
See all reviews
Get FREE delivery with Amazon Prime
Prime members enjoy FREE Delivery and exclusive access to movies, TV shows, music, Kindle e-books, Twitch Prime, and more.
> Get Started
Back to top
Get to Know Us
Make Money with Us
Let Us Help You
And don't forget:
© 1996-2020, Amazon.com, Inc. or its affiliates