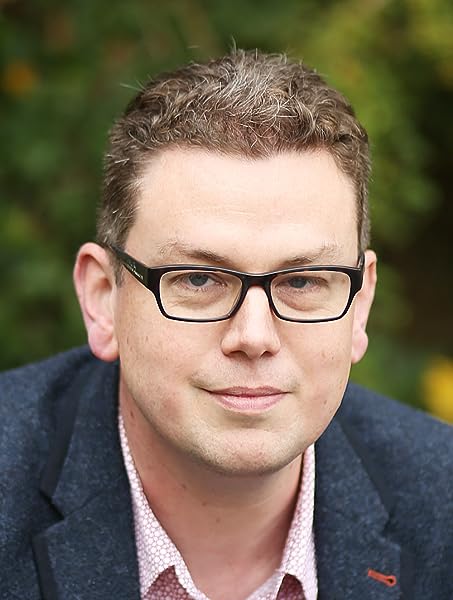 Cavan Scott (Author)
Number One Bestseller Cavan Scott has written for such popular series as Star Wars, Star Trek, Vikings, Warhammer 40,000 and, of course, Doctor Who. He's the writer of Titan Comic's ongoing adventures of the Ninth Doctor and was one of the 2016 World Book Day authors.

Jacqueline Rayner (Author)
Jacqueline Rayner is the author of over 40 books and audio plays, including number one bestseller The Stone Rose, the highest-selling Doctor Who novel of all time, and two Doctor Who 'Quick Reads' for World Book Day. She lives in Essex with her husband and twin sons, and writes regularly for Doctor Who Magazine.

Paul Magrs (Author)
Paul Magrs was born in 1969 in the North East of England. He has written numerous novels and short stories for adults, teens, children and Doctor Who fans. He teaches Creative Writing at Manchester Metropolitan University.


Richard Dinnick (Author)
RICHARD DINNICK is a writer for the BBC, ITV and Disney - most recently writing on the TV series Thunderbirds Are Go. He has written books and short stories for Doctor Who, Sherlock Holmes and Stargate. His first original graphic novel, ROB, will be published by Legendary Entertainment in 2018.


He has written books and short stories for Doctor Who, Sherlock Holmes and Stargate. Richard is now writing on Titan's Doctor Who comic range and Legendary Entertainment is developing his first graphic novel.


Richard lives in Norfolk with his wife, two children and a menagerie of dogs, cats and chickens...

Start reading Doctor Who: The Missy Chronicles on your Kindle in under a minute.

4.7 out of 5 stars
4.7 out of 5
206 global ratings
How are ratings calculated?
To calculate the overall star rating and percentage breakdown by star, we don’t use a simple average. Instead, our system considers things like how recent a review is and if the reviewer bought the item on Amazon. It also analyses reviews to verify trustworthiness.

Zoe
5.0 out of 5 stars Book Review
Reviewed in Australia on 19 July 2021
Verified Purchase
This book was written as if Missy wrote it herself. 10/10, would recommend.
Read more
Helpful
Report abuse
See all reviews

writingwithwolves
4.0 out of 5 stars Overall Rating: 3.85 ⭐️
Reviewed in the United Kingdom on 25 August 2018
Verified Purchase
Dismemberment by James Goss: ⭐️⭐️⭐️⭐️
A fun story & great to know where Missy's name originated from! Also loved that it highlighted how differently women can be treated.

Lords & Masters by Cavan Scott: ⭐️⭐️⭐️⭐️
Definitely felt like a Doctor Who story, with a nice reminder that Missy isn't the only Time Lord with a bad streak.

Teddy Sparkles Must Die! by Paul Magrs: ⭐️⭐️.5
A bit strange & a tad boring - but I appreciated the twist on Mary Poppins.

The Liar, The Glitch & The War Zone by Peter Anghelides: ⭐️⭐️⭐️.5
Another story that definitely fit in well with the Doctor Who universe; slightly weird & nonsensical at times though.

Girl Power! by Jacqueline Rayner: ⭐️⭐️⭐️⭐️⭐️
Definitely the best out of the lot - Jacqueline wrote all of the characters perfectly & the writing really made me laugh. The theme of the chapter was also fabulous, & I think it's a shame that Jacqueline was the only female contributor.

Alit in Underland by Richard Dinnick: ⭐️⭐️⭐️⭐️
I could read a full length novel about Missy & The Master if it had been written in this way; a great end to the book.

Overall, Magrs & Anghelides sort of let down the other authors, but The Missy Chronicles was still a fun & interesting read that has sated my Doctor Who addiction for now. Next time though, the BBC should just let Jacqueline write about Missy

Andy Casey
5.0 out of 5 stars Andy's Review
Reviewed in the United Kingdom on 30 March 2019
Verified Purchase
Downloaded this as I'm a big Doctor Who fan & think that 'Missy' (as portrayed by Michelle Gomez) is the best incarnation of The Master since the late Roger Delgado. I wasn't disappointed - all the stories are well written, my favourite being the first one.
Read more
4 people found this helpful
Report abuse

Mowog
5.0 out of 5 stars Brilliant
Reviewed in the United Kingdom on 25 February 2021
Verified Purchase
Bought this for my daughter, who is a big fan of Doctor Who. She loved it and recommended I read it. I can honestly say I loved it from the first page to the last. Some really good, fun writing, and some great storytelling. You probably have to be familiar with the series and the character of Missy to enjoy it, but if you are then I really recommend it.

I hope the authors will decide to write a follow up - Missy is a fantastic character, and it feels like there could be many more stories to tell.

Chelsea Terry
2.0 out of 5 stars Great but disappointed
Reviewed in the United Kingdom on 16 April 2021
Verified Purchase
Nothing wrong with the book's content, but it arrived with the front cover peeled at the top corner, so I couldn't give it as a gift to my friend. Kept it for myself to enjoy.
Read more
One person found this helpful
Report abuse

richard
5.0 out of 5 stars Missy , Missy , she's so fine
Reviewed in the United Kingdom on 19 August 2020
Verified Purchase
I won't go into detail and spoil the stories
There are 6 in total each manages to capture Missy and add some much needed filler to the character.
If you enjoyed Missy on screen this is a must read.
Also a good read if you just love doctor who