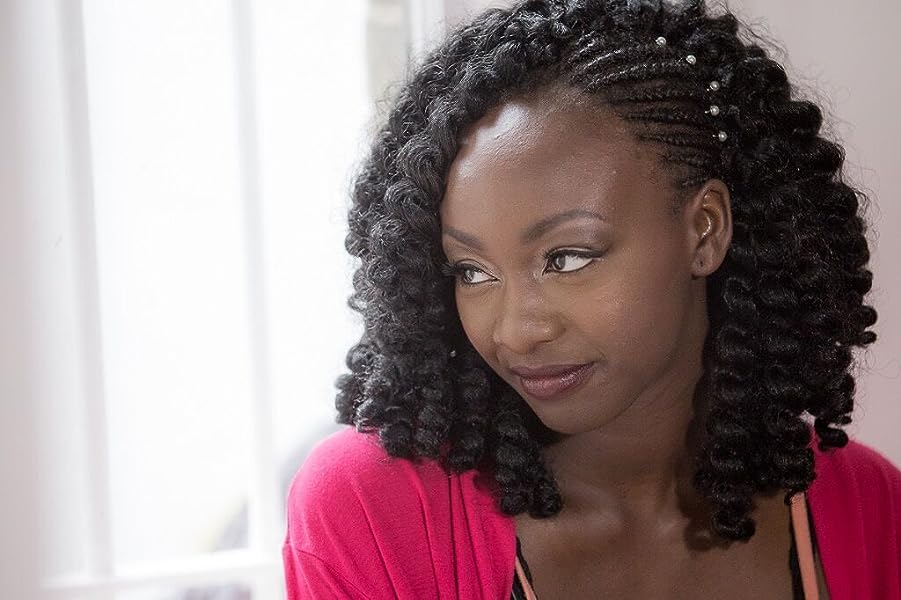 by Temi Oh (Author)
3.9 out of 5 stars 274 ratings
See all formats and editions
Sorry, there was a problem loading this page. Try again.

Temi Oh graduated from King’s College London in 2015 with a BSci in Neuroscience. While at KCL, Temi founded and ran a book-club called “Neuroscience-fiction”, where she led discussions about science-fiction books which focus on the brain. In 2016, she received an MA in Creative Writing from the University of Edinburgh.
Start reading Do You Dream of Terra-Two? on your Kindle in under a minute.

3.9 out of 5 stars
3.9 out of 5
274 global ratings
How are ratings calculated?
To calculate the overall star rating and percentage breakdown by star, we don’t use a simple average. Instead, our system considers things like how recent a review is and if the reviewer bought the item on Amazon. It also analyses reviews to verify trustworthiness.

Kindle Customer
3.0 out of 5 stars Too much teensge angst
Reviewed in Australia on 5 July 2020
Verified Purchase
I quite enjoyed the early parts but then the teenage angst took over snd the space setting seemed incidental. Bit disappointed really
Read more
Helpful
Report abuse

Kindle Customer Gnome
4.0 out of 5 stars Terra-Two
Reviewed in Australia on 8 October 2020
Verified Purchase
I quite enjoyed the book but I found it a bit disjointed and hard to concentrate on
Read more
Helpful
Report abuse

Amazon Customer
3.0 out of 5 stars So far ,So good
Reviewed in Australia on 24 October 2020
Verified Purchase
I'm still reading it, although the story line is a bit slow
Read more
Helpful
Report abuse

Ross
5.0 out of 5 stars Really good
Reviewed in Australia on 29 December 2020
Verified Purchase
Waiting for another from this arthor
Read more
Helpful
Report abuse

Jas P
TOP 500 REVIEWER
5.0 out of 5 stars Can a crew of teenagers make it to another Earth Like to save their own Earth?
Reviewed in Australia on 19 September 2019
listener‘Do You Dream of Terra-Two?’ is more of an insight into the human psyche than a Sci-Fi story. There are those that are going to be disappointed with the story due to its lack of technical or ‘Hard Sci-Fi’ details. It is however a fascinating story of a crew of 6 young Astronauts and a crew of 4 older Astronauts on a mission to colonise the first Earth like planet ever found, a trip that will take over 20yrs to reach their destination.
The story is set in a dystopian world in which global warming has moved forward much faster, and there are shortages of major fuels, and resources around the world that we haven’t reached yet. Pars of the world have started to disappear from global warming, coastlines having been swallowed up.
In this different timeline, England has established a special space program into which it is placing young children in the hopes that they will thrive academically, but also in other categories and produce the next batch of astronauts for the UK.
They have also engaged in a searching the stars for other suitable Earth like planets. Without giving too much away, an Earth like planet, nick-named ‘Terra-Two’ has been found, and the UK are sending a crew there.
The first part of the book discusses the political state of the world, covers the state of the planet and the changes that have occurred to the ecological systems, and introduces us to the kids who are candidates to go on the first mission to Terra-Two.
We then get to see the crew in space onboard their ship heading to Terra-Two. I don’t want to give away spoilers by talking about this too much.
The first part of the book is very interesting with a good build up of the back story, events as well as the characters. We get a really good feel for this new world, how things have fallen apart, and just how lucky we have been not to destroy our own planet.
As the story moves into the second part of the book, it continues with the great character work, as well as some parts of it being done well as far as setting the scene. For those that like technical sci-fi, or hard-core sci-fi, are fussy about things, there are going to be a lot of complaints about the space ship and its design, as well as some of the things that happen onboard the ship. It is up to the reader, if you ignore this, the actual story is fascinating in itself.
As the crew get further into their mission, both on Earth and in Space, they each are battling different things in their lives, having been chosen so young and pushing themselves so hard. The interplay between each of the ‘Betas’ as well as the Senior crew is exceptionally well written, and that is what makes this book worth reading.
There is some incredibly powerful scenes and outstanding character relationships between the Sisters, Juno and Astrid, the constant power play that goes on between Harry and Jessie, Elliott battling his own personal demons, as is Poppy. There are significant other relationships as well that I won’t disclose here, that make this a very engaging, powerful, at times beautiful, at others crushing, but a continuously wonderful read for the amazing character relationships.
Overall this is just a great read, and well worth the time!

Mr
2.0 out of 5 stars Dull and badly written.
Reviewed in the United Kingdom on 7 April 2019
Verified Purchase
I bought it on the strength of an email from Amazon, because the blurb made it sound quite good. But I struggled to get out of the 5th chapter. Nothing happens, but it happens in excruciatingly boring detail, and it's full of typos and grammatical errors. Gave up
Read more
27 people found this helpful
Report abuse

Dave Styles
2.0 out of 5 stars Disappointed
Reviewed in the United Kingdom on 20 March 2019
Verified Purchase
This ebook had been appearing in adverts on my Facebook feed for some weeks. I downloaded it thinking it was a decent sci-fi book. It wasn't. It was effectively a teenage angst story set in outer space written by someone with a very dubious grasp on orbital mechanics. Whilst it is rather simplistic to give a book a score, a score is what Amazon want. I'd be hard pressed to give it more than two out of five.
Read more
20 people found this helpful
Report abuse

Amazon Customer
1.0 out of 5 stars Wrongly described
Reviewed in the United Kingdom on 22 October 2020
Verified Purchase
The blurb makes this sound like a good sci fi story, but the story described never happens, the characters just argue, there are flashbacks and nothing much happens at all, though its a long book. Can't see how anyone reading the blurb could not be disappointed.
Read more
13 people found this helpful
Report abuse

Jiff
1.0 out of 5 stars Alternate reality, teenage anxiety story, not really science fiction
Reviewed in the United Kingdom on 9 November 2020
Verified Purchase
I'm not quite sure why this is filed under science fiction, it appears to be more teenage anxiety. I tried to keep going but gave up at about 30%.
Its an alternate reality story where the launch to Earth 2, a trip of 23 years, takes place just outside London in 2012. The teenagers who make up part of the crew appear to be able to run around London the day before launch, (quarantine doesn't appear to matter), then a quick drive up the motorway to the launch site a couple of hours before launch. It appears that in this 2012 its just like catching a plane is in the real world today, though I always leave longer than that myself. That's about where I lost interest though did continue reading for a while till I realised I didn't really care what happened anymore.
Read more
8 people found this helpful
Report abuse

tashpan
5.0 out of 5 stars Brilliant!! -- Do you dream of Terra two? I certainly do now.
Reviewed in the United Kingdom on 21 May 2019
Verified Purchase
From the sentence, Oh’s prose whisked me off to Terra Two to dance across its sandy beaches. But I don’t mean to infer that this is an adventure science-fiction read. More than anything else, Oh’s book is a coming of age story set in the vacuum of space. And it is here that Oh’s ability truly shines, exploring how her band of teenagers grow and change along their journey.
Oh isn’t afraid to tackle huge topics in a subtle, at times understated way; utopias, religion, depression, love, who are we? And, of course, who should we be? These questions are made more complex by the voices she chooses to explore these topics with; all of her teenage prodigies come from diverse backgrounds not often grouped in this way in literature. More impressive still are the variety of characters Oh portrays compellingly, her depictions of depression, in particular, are a realistic blend of horrific and mundane; she manages to not give a window into the world of someone depressed, but also show how incomprehensible depression can be to all those around.
I began this book due to the huge numbers of personal recommendations, but on posting this review I was surprised to find that the online reaction seemed a little mixed. Having read Oh’s book, I can only think that this is down to the advertising – it is nothing like either 'The 100' or 'A Long Way to a Small Angry Planet’, though I can see why the allusions were drawn, so if that is the read you want, try something else. To me ‘Do you Dream of Terra Two’ reminded me more of Ishiguro’s style if that helps.
I was completely blown away by Oh’s first book, and I can't wait for more from this author!
Read more
8 people found this helpful
Report abuse
See all reviews
Back to top
Get to Know Us
Make Money with Us
Let Us Help You
And don't forget:
© 1996-2021, Amazon.com, Inc. or its affiliates