The Divorce Party: A Novel and over 1.5 million other books are available for Amazon Kindle . Learn more
Share <Embed> 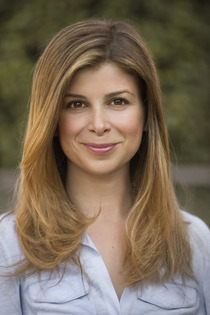 Releases January 7, 2021. Pre-order The Fast 800 Easy now with Pre-order Price Guarantee.
If the Amazon.com.au price decreases between your order time and the end of the day of the release date, you'll receive the lowest price. Order now
click to open popover
Start reading The Divorce Party: A Novel on your Kindle in under a minute.

4.0 out of 5 stars
4 out of 5
44 global ratings
How are ratings calculated?
To calculate the overall star rating and percentage breakdown by star, we don’t use a simple average. Instead, our system considers things like how recent a review is and if the reviewer bought the item on Amazon. It also analyses reviews to verify trustworthiness.

AliceInWonderdab
5.0 out of 5 stars Great Party Super Read!
Reviewed in Canada on 29 July 2016
Verified Purchase
Chick lit with a brain behind its fluffy cover. Snappy read that gives two stories of lives of that intertwined yet disjointed. Features both a younger outlook as well as the over forty mind set. Read if you enjoy stories of families, young and old love and things you as the reader might not suspect. Great price purchased on my kindle, available to re read over and over. Recommended to readers!
Read more
Report abuse

Emma Raley
3.0 out of 5 stars Good platform- room to grow.
Reviewed in the United States on 14 July 2014
Verified Purchase
This was a nice unique summer read, with some good (but not great) twists here and there. It does, however, beg for a keen and insightful editor, and Dave was unlucky in that respect.
Some characters, events, and dialogue are a random and poorly devised (for example, Murphy's character had some good buildup, then fell insultingly flat in a last-ditch wrap up later on, a pretty heavy disappointment for all the excitement Dave put on her entrance). There were times when I got a bit fed up with her writing style, the short, choppy phrases that build up to one idea. When used sparingly, it can be profound and useful. But when it's constant, it's irritating and tacky, like every paragraph is a Lifetime movie synopsis. Not every point, picture, or meditation can or ever should be so dramatic. Sometimes you need to get to the darn point.
That said, I did enjoy this for the most part. The characters were unique, and some ideas were interestingly stated, and the characters' perspectives were well written.
I would pass it on to friends, but I wouldn't go out of my way to recommend it. I'll keep my eye out for Dave and I hope to see her grow as an author.

Kindle Customer
5.0 out of 5 stars Laura Dave is a gifted writer with poignant stories to expose her flawed and evolving characters
Reviewed in the United States on 8 September 2015
Verified Purchase
The first book I read of Ms. Dave's was Eight Hundred Grapes. I made it my mission to read the rest of her work, so I continued on with The Divorce Party.

Slipping into this story is like putting on your comfy pjs and not leaving your home for the weekend. The pages turn themselves as the reader is drawn in to Maggie, Nate, Gwyn, Thomas, Eve, and Georgia.

I fell for the characters. I wanted each of them to correct their choices. Most of all, I wanted them to love fully, completely, and with abandon.

Thank you, Laura Dave, for writing something so good it makes me feel. That is why I read. Thank you a million times over. Please keep writing.

Laurel-Rain Snow
5.0 out of 5 stars DECONSTRUCTING A MARRIAGE AND A LIFE
Reviewed in the United States on 11 December 2009
Verified Purchase
What kind of a couple throws a huge party on their thirty-fifth anniversary to celebrate, not the event itself, but the fact that the marriage is ending? This particular divorce party is marking the end of a coupling that others thought would survive anything--the Huntingtons come from a family of survivors on this island of Montauk. And Gwyn and Thomas seemed to be the perfect couple.

As the guests assemble for this lavish get-together, another couple, just beginning their journey together, is also coming from a home in Red Hook, near Brooklyn, NY. This will be Maggie's first introduction to her fiancé's family. Nate has said little about them; in fact he seems unusually reticent.

Then on their trip to Montauk, through a series of chance meetings along the way, Maggie first glimpses some of the secrets Nate has kept from her. The cracks in the thin veneer that protect them are spreading and threatening to burst. Her first doubts appear.

More is revealed in the first days in Montauk, and the journey may abruptly end unless something drastic happens.

Meanwhile, we see Gwyn's story unfolding, layer by layer, as she relives through memories the journey she and Thomas have taken. And we slowly learn why Gwyn has chosen this particular venue--the divorce party--to mark the demise of the marriage.

Alternately told in Gwyn's and Maggie's voices, we discover what it means to build a life with someone and how, by making very different choices, two different women learn how to create the lives they most want to lead.

What are the secrets Nate has kept, that threaten his new relationship? And what motivates Gwyn to choose this very public setting to end hers? Is there more she hopes to unleash? And will she get the results she seeks?

These are some of the questions resolved in these pages, giving  The Divorce Party: A Novel  a resounding five stars, in my opinion.
Read more
3 people found this helpful
Report abuse

J. Davis
3.0 out of 5 stars Not a waste of time, but hard to stay engaged
Reviewed in the United States on 20 May 2011
Verified Purchase
Okay, so I really liked the premise of this book, and I found Gwyn and Maggie both really interesting POV characters. Gwyn was far and away the more interesting and sympathetic of the two, as Maggie was a little whiny and weak for me at times, but I'm okay with that. There are, after all, real people like that, so it's not unbelievable.

That said, I had a heck of a time staying "in" this book. There were some beautiful descriptions and some nice writing, but much of the dialogue was so incredibly forced and stilted that it kept pulling me right out of the story. Both the narrator and the characters seem to forget how to use contractions in much of this, and it comes across as really false.

That, and I also had a really hard time buying that Nate, who is set up to be such a prince, kept so much from Maggie. Did he really not think she would find out, and is he so stupid as to think it wouldn't have a huge impact on their relationship? I wanted to love them together, but Nate came across as such a coward that it really made me kind of hate him.

This is not a bad book. For me, personally, its weaknesses were difficult to overcome in the interest of getting "lost" in the story, but hey--we're all different. I don't know if it's just the Kindle version (the print version may be better), but there were a LOT of typos throughout, and at one point Gwyn is even called "George". I read and re-read it five times, and it was definitely Gwyn to whom the narrator was referring, but the name was swapped. The person responsible for editing the Kindle version needs to get back in there and do a decent line-edit, because it's really not fair to the author to have so many errors. It's very jarring to the reader.

I have The First Husband on my Kindle, as well, and I'm still looking forward to reading it. I'm hoping that some of the things about Dave's writing style that didn't work for me will be less apparent in her latest novel. I'm willing to give her work another shot.
Read more
5 people found this helpful
Report abuse
See all reviews
Get FREE delivery with Amazon Prime
Prime members enjoy FREE Delivery and exclusive access to movies, TV shows, music, Kindle e-books, Twitch Prime, and more.
> Get Started
Back to top
Get to Know Us
Make Money with Us
Let Us Help You
And don't forget:
© 1996-2020, Amazon.com, Inc. or its affiliates