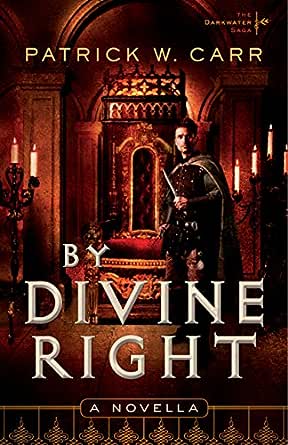 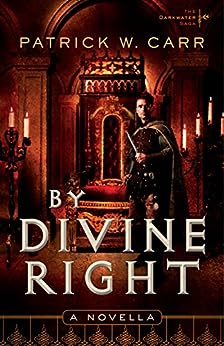 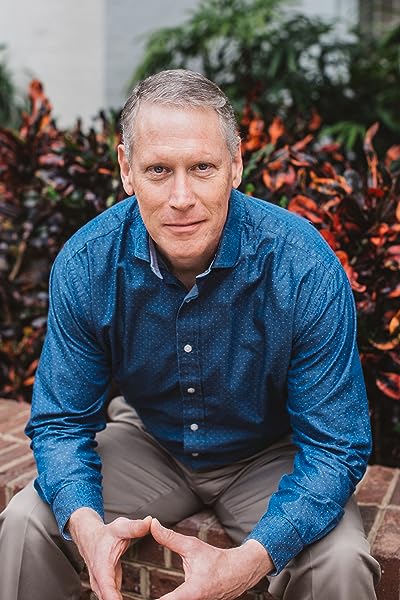 By Divine Right (The Darkwater Saga): A Novella Kindle Edition

EAP
4.0 out of 5 stars Provides background for next book
6 May 2017
Format: Kindle EditionVerified Purchase
This book is a novella and prelude to the Darkwater series. It is, however, a great read on its own merits. While it is not necessary to read this novella before starting the series, it does help.
Read more
Helpful
Comment Report abuse
See all 1 customer reviews
Write a customer review

For me, this story started out confusing and disjointed. The first few paragraphs caused me enough confusion that I had to work to move forward and not go back to read them again to try to figure out what I missed. Perhaps this was intentional, since the introduction consists of a man groping his way from sleep to being awake and functional. After a few more pages, I finally had enough information about the POV character to get past most of the initial confusion. This confusion is a hazard for every new world, but it was a little more realized in this tale than in some others.

The story is compelling once I was past my initial confusion. The main character is easy for me to identify with, and the mystery of the novela commences immediately. This novela appears to form a prequel for the upcoming (trilogy?) Darkwater Saga, the first novel due to be released in November.

David Bergsland
5.0 out of 5 stars Another of Carr's amazing worlds
8 September 2015 - Published on Amazon.com
Format: Kindle EditionVerified Purchase
This may not be quite as compelling as A Cast of Stones, but it’s close. That book may be the most compelling read I had that year. This short novel is rich, exciting, and satisfying. I won’t call it a novella, though Patrick does. It’s far better than any other I’ve read and feels like a full, but short novel. It has the potential to be even better than The Staff & The Sword series. Highly recommended.

Did I mention it’s free?

The Darkwater Saga prequel
Actually, this looks like one of those free giveaways to draw people into a series. It worked. I am certainly looking forward to the series. The culture is intriguing. the people are realistically drawn in depth, even in the novella. This is a place I want to visit.

It’s a wonderful, complex, compelling world
One of Patrick’s strength is his world-building. The characters are very interesting. In a book this short, many areas are given mere introductory glances, but Willet Duran is a good one.

Willet Dura ekes out a living as an assistant reeve in the city of Bunard, the royal city, investigating minor and not-so-minor crimes in the poor quarter. Ever since a terrible battle, Willet’s been drawn to the dead, and has an uncanny ability not only to solve their crimes, but even to know when one has been committed.

It’s hard to say what a reeve is. Maybe an appointed P.I. comes closest, but Willet is more than that.

Spiritually, this is a weak three
His weakness in The Staff and The Sword series was the religious nature of the “church”. There was no real presence of the Lord in that world, fascinating as it was. The Darkwater Saga gives me hope as he mentioned in this intro novella a triune god. Hopefully, this is a God who gets involved with his people but that remains to be seen. It gets a three, because it is at least at a mainline church level. My hope is that Patrick gives us much more in this series than he did in The Staff and The Sword.
Read more
5 people found this helpful

Glynn Young
5.0 out of 5 stars A good story promising more to come
21 September 2015 - Published on Amazon.com
Format: Kindle EditionVerified Purchase
“By Divine Right” is a novella by Patrick Carr that is largely part of a marketing plan. But it also happens to be such an intriguing story that it both stands alone and serves what it’s designed to do – entice the reader to a new fantasy trilogy that begins publication in Late October.

The trilogy is The Darkwater Saga, and the first volume due Oct. 27 is “The Shock of Night.” If this volume and it successors live up to the promise of “By Divine Right,” then it will be a very good trilogy indeed.

The setting is the capital city of Bunard in the kingdom of Collum. The story is told by Willet Dura, a reeve (or guard officer) in the service of the king. Some years previously, the kingdom had been at war, and, called up to fight, Willet had missed his ordination as priest by a week. Because he fought and killed in the war, he is no longer eligible to be a priest, and least in the order he had prepared for.

The is a land where gifts are important. Nobles and the wealthy each have a gift – beauty, craft, sum, parts, helps, or devotion. Gifts are vitally important, the “currency” around which society is centered. Only the king has all the gifts, which are transmitted to each generation. Sometimes gifts are split among children, reducing their power and effectiveness. Common people and the poor rarely if ever have a whole or part of a gift.

Willet becomes involved in the whole subject of gifts when he investigates the murder of a man whose gift was stolen. As it turns out, others have been killed and their gifts stolen. Someone is killing people and collecting their gifts, which can mean only one thing – someone is planning to usurp the kingship.

Even in the short form of the novella, Carr develops the main plot and sub-plots. Characterization in the story is especially strong; the characters are almost immediately recognizable and understood. (Readers have noted this in his previous trilogy of books, “The Staff & the Sword.”)

A good story in and of itself, “By Divine Right” suggests there’s an even better story coming.
Read more
5 people found this helpful

Tisha Cole
5.0 out of 5 stars Wallet Dura: my kind of hero.
30 August 2017 - Published on Amazon.com
Format: Kindle EditionVerified Purchase
Greatly enjoyed this story of a man, Willet Dura, the main character, who though not a super hero, was not a wimp, either. A heart of gold for the young and unfortunates, as a "police" of that age, he lived the life of investigating the truth to bring the culprits to justice, resulting risking his own life many times over. Along the way, we find he is also very human, and revelations arise about his life and the supernatural realm that sets him into investigating in another level. From the streets of the poor, dangerous, mean streets to the royal palace of power and arrogance, to the unknown ways of those with supernatural power of another kind, Willet goes beyond what is "normal" to achieve a greater purpose: truth and justice. I can't wait to read the sequels!
Read more
One person found this helpful
Go to Amazon.com to see all 79 reviews 4.4 out of 5 stars
Get FREE delivery with Amazon Prime
Prime members enjoy FREE Delivery and exclusive access to movies, TV shows, music, Kindle e-books, Twitch Prime, and more.
> Get Started
Back to top
Get to Know Us
Make Money with Us
Let Us Help You
And don't forget:
© 1996-2020, Amazon.com, Inc. or its affiliates