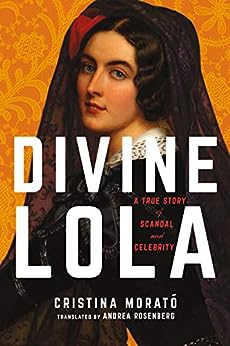 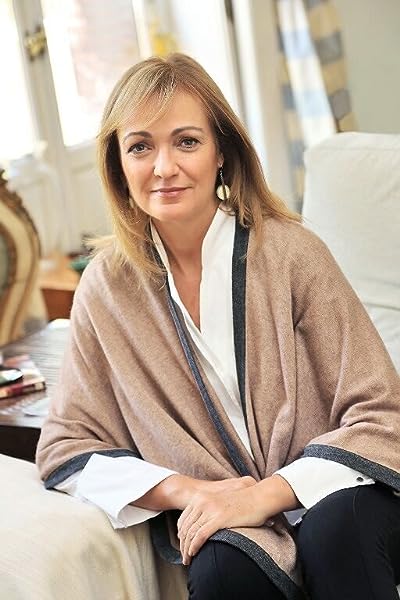 An enthralling biography about one of the most intriguing women of the Victorian age: the first self-invented international social celebrity.

Lola Montez was one of the most celebrated and notorious women of the nineteenth century. A raven-haired Andalusian who performed her scandalous “Spider Dance” in the greatest performance halls across Europe, she dazzled and beguiled all who met her with her astonishing beauty, sexuality, and shocking disregard for propriety. But Lola was an impostor, a self-invention. Born Eliza Gilbert, the beautiful Irish wild child escaped a stifling marriage and reimagined herself as Lola the Sevillian flamenco dancer and noblewoman, choosing a life of adventure, fame, sex, and scandal rather than submitting to the strictures of her era.

Lola cast her spell on the European aristocracy and the most famous intellectuals and artists of the time, including Alexandre Dumas, Franz Liszt, and George Sand, and became the obsession of King Ludwig I of Bavaria. She then set out for the New World, arriving in San Francisco at the height of the gold rush, where she lived like a pioneer and performed for rowdy miners before making her way to New York. There, her inevitable downfall was every bit as dramatic as her rise. Yet there was one final reinvention to come for the most defiant woman of the Victorian age—a woman known as a “savage beauty” who was idolized, romanticized, vilified, truly known by no one, and a century ahead of her time.

Have you ever heard the song “Whatever Lola Wants (Lola Gets)”? Maybe it calls to mind Gwen Verdon in Damn Yankees, or Marlene Dietrich lying seductively on a bar counter. But not many people know that the original Lola, the one who inspired that refrain and all the steamy Hollywood Lolas thereafter, was a real woman—and in the mid-nineteenth century, she was the most famous woman alive.

Cristina Morató has made a career of writing about astonishing, intrepid women who have been lost to history, and her biography of Lola Montez reads like a gripping novel. I find Lola especially interesting and relevant today, in the context of our age’s fascination with social media and self-branding, since she can be thought of as the first completely self-invented celebrity. She passed herself off as a Spanish aristocrat even though she was actually born a middle-class Irishwoman (and could barely speak Spanish). And despite not really knowing how to dance, she managed to reach the pinnacle of fame as a dancer, hobnobbing with the most famous politicians, writers, musicians, and aristocrats of the time. Taking charge of her sexuality on her own terms, she was a feminist—and shocked the public with her sexy “Spider Dance” over a century before Madonna shocked the public with her own bold sexuality. Lola died before her fortieth birthday and was buried in Brooklyn, New York, where she still receives visitors to her grave. A rebel to the last, this fascinating, singular woman still casts an irresistible spell.

Born in Barcelona in 1961, Cristina Morató is a journalist, reporter, and author dedicated to writing about the lives of great women innovators and explorers that history has overlooked. Her research, tracing the footsteps of these remarkable women, has led her to travel to more than forty countries and has resulted in eight biographies: Viajeras intrépidas y aventureras (Intrepid and Adventurous Women Travelers); Las Reinas de África (African Queens); Las Damas de Oriente (Ladies of the East); Cautiva en Arabia (Arabian Captive); Divas rebeldes (Rebel Divas); Reinas malditas (Tragic Queens); Diosas de Hollywood (Hollywood Goddesses); and Divina Lola (Divine Lola), Cristina’s first to be translated into English. She is a founding member and the current vice president of the Spanish Geographical Society and belongs to the Royal Geographic Society of London. For more information visit www.cristinamorato.com/home-2.

Andrea Rosenberg is a translator from Spanish and Portuguese. Her full-length translations include novels, graphic narratives, and nonfiction, including works by Manuel Vilas, Tomás González, Inês Pedrosa, Aura Xilonen, Juan Gómez Bárcena, Paco Roca, and Marcelo D’Salete. Two of her translations have won Eisner Awards, and she has been the recipient of awards and grants from the Fulbright Program, the American Literary Translators Association, and the Banff International Literary Translation Centre.

Born in Barcelona in 1961, Cristina Morató is a journalist, reporter, and author dedicated to writing about the lives of great women innovators and explorers that history has overlooked. Her research, tracing the footsteps of these remarkable women, has led her to travel to more than forty countries and has resulted in eight biographies: Viajeras intrépidas y aventureras (Intrepid and Adventurous Women Travelers); Las Reinas de África (African Queens); Las Damas de Oriente (Ladies of the East); Cautiva en Arabia (Arabian Captive); Divas rebeldes (Rebel Divas); Reinas malditas (Tragic Queens); Diosas de Hollywood (Hollywood Goddesses); and Divina Lola (Divine Lola), Cristina’s first to be translated into English. She is a founding member and the current vice president of the Spanish Geographical Society and belongs to the Royal Geographic Society of London. For more information visit www.cristinamorato.com/home-2.

4.0 out of 5 stars
4 out of 5
207 global ratings
How are ratings calculated?
To calculate the overall star rating and percentage breakdown by star, we don’t use a simple average. Instead, our system considers things like how recent a review is and if the reviewer bought the item on Amazon. It also analyses reviews to verify trustworthiness.

Rebecca Davies
3.0 out of 5 stars Quite a life
Reviewed in Australia on 21 August 2021
Verified Purchase
The story of ‘Lola Montez’ is fascinating. Perhaps starting with maternal rejection, she spent a wild life seeking fame, adulation and perhaps love. There was much more to the story than I knew, so this was an enjoyable read.
Read more
Helpful
Report abuse
See all reviews

Calinurseguy
3.0 out of 5 stars Ok. Not a 'Guy's book'
Reviewed in the United States on 3 August 2021
Verified Purchase
This book is just okay. Please, whoever chooses the monthly books almost always puts all feminine books. What is the problem with adding books that are not just female oriented. Let's get some frickin Guys books in there every month.
Read more
404 people found this helpful
Report abuse

sparklies
1.0 out of 5 stars Interesting story - dull book
Reviewed in the United Kingdom on 7 August 2021
Verified Purchase
I really wanted to like this book as the main character should be fascinating - but the writing is pedestrian and you never get to know Lola. The book read like an essay - a listing of events - but lacked insight. Perhaps a novelisation - even allowing for the need for some artistic licence - could flesh her out and make us emotionally connect with her whether positively or negatively. I didn't like or dislike Lola - I just couldn't care one way or the other.
Read more
4 people found this helpful
Report abuse

A. ROGERS
1.0 out of 5 stars starts off well, but!
Reviewed in the United Kingdom on 7 August 2021
Verified Purchase
I really thought this was interesting and fast moving for the 1st chapters but then it just got tedious. I haven't finished it and doubt I ever will. How interesting can it be moving from 1 city to another. The writers descriptions of what she was wearing and of the plush houses and palaces she was in didn't help. Too much detailed padding. The book could lose a lot of pages to improve it.
Read more
3 people found this helpful
Report abuse

Sonia
3.0 out of 5 stars Great historical character, regular biography
Reviewed in the United Kingdom on 5 September 2021
Verified Purchase
I have enjoyed reading about the life of Lola Montez. The firs time I heard about her was through a podcast, LA Tortulia, years ago and from then, I liked the character. So when this biography appeared in my monthly first reads, I didn't think about it and downloaded.

It is well research, however, the fake and continues dialogues put me off constantly, hence my three star rating. They are fake, forced and they didn't light the reading as the are intent to, just the opposite. I would have rather have the real letters in the book when chronologically were mentioned, as a real voice of the true historical characters. Or more articles from the newspapers.

Overall is a good biography of the historical events. And portrayed an interesting character, with a lot of shadows and a few lights. Lola had a Narcissistic personality disorder as I ever encounter one (which I have), and is obvious each time her real words or personality were revealed through the book. Still, a very interesting character, not well known to the public.
Read more
Report abuse

D. Looby
3.0 out of 5 stars Historical maybe but not much of a story
Reviewed in the United Kingdom on 17 August 2021
Verified Purchase
I didn't really get into this book much. It was told in a biographical style but without much development of anyone bad the main character. And even she wasn't very well developed. I never really felt for her. This is definitely more like a biography than a historical fiction novel. I probably would have stopped reading only she was Irish and I wanted to know more about a character from an Irish history perspective.
Read more
Report abuse
See all reviews
Back to top
Get to Know Us
Make Money with Us
Let Us Help You
And don't forget:
© 1996-2021, Amazon.com, Inc. or its affiliates